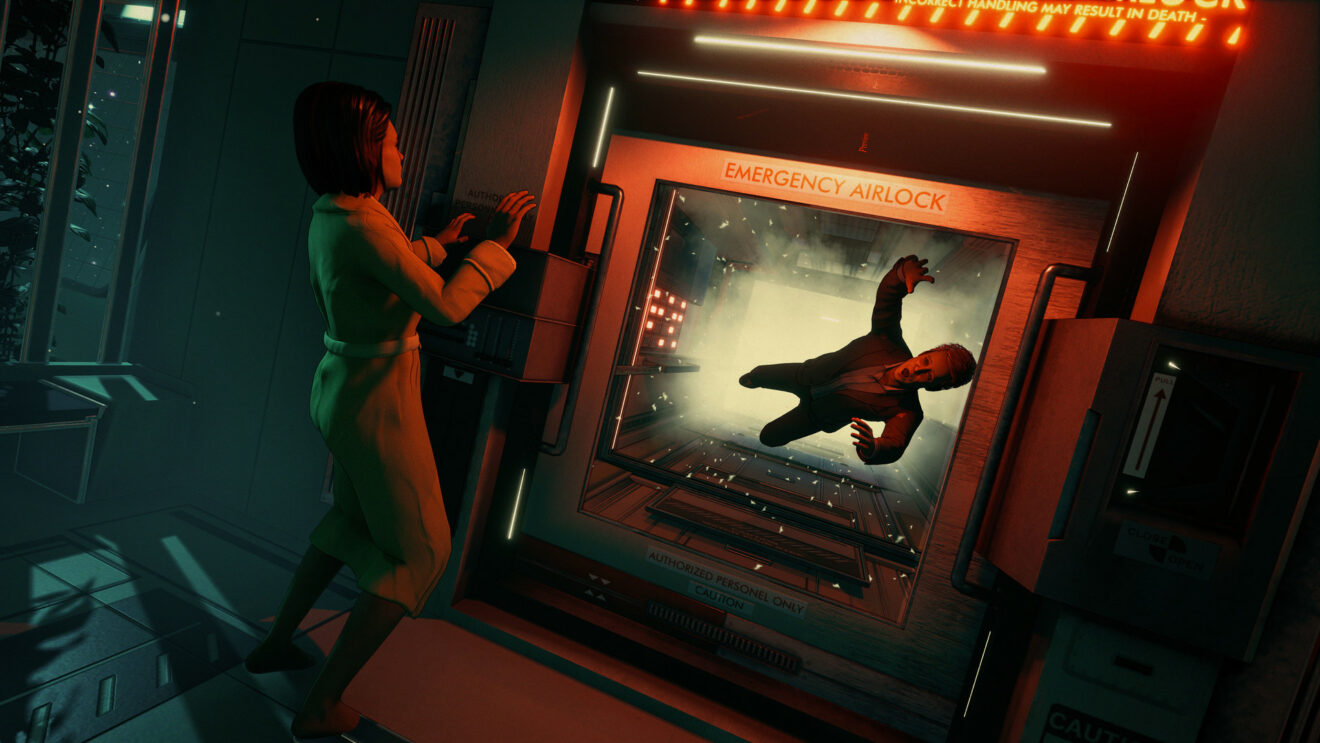 The game places six players aboard a luxury space cruiser with four of them taking on the role of Residents and being tasked with shutting down a rogue AI controlling the ship. The other two players become Personoids and must do whatever it takes to prevent the Residents from achieving their goal.

The PlayStation 5 version of the game will support the DualSense controller’s haptic feedback and adaptive triggers. Players will also be able to hear when bottles smash near them through the controller.

“In-game proximity chat will enhance your interactions and experiences as you hear muffled screams, shouts for help, or bogus attempts at accusing someone else of a vile act,” community team lead Dave Hulegaard added in a PlayStation Blog post. “It’s a core element to First Class Trouble where social deductions and deceptions will help you strategize and conspire with other players. Additionally, First Class Trouble supports Fast Boot, so after your first game, you can skip right to the main menu every time you play afterwards.”

First Class Trouble is available now on PC and is coming to PlayStation 5 and PlayStation 4 soon.