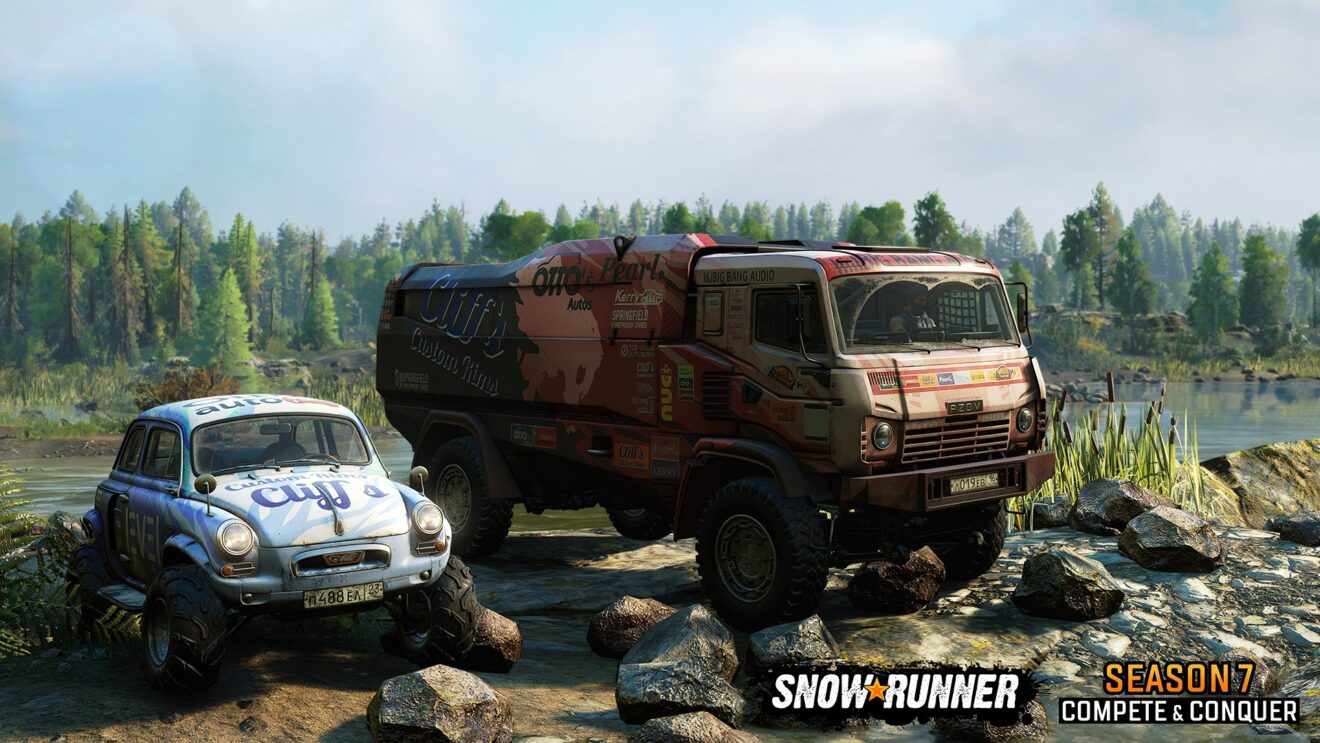 Saber Interactive has delivered the Season 7 update for SnowRunner alongside a PlayStation 5 and Xbox Series X/S upgrade.

Season 7: Compete & Conquer introduces a new map that features a large river, a dirt circuit, and an off-road rally course. Players can take part in checkpoint challenges using the new Gor BY-4 scout car and Sprinter 43-19 Dakar-style truck, which each have their own exclusive racing-themed livery.

In addition to the above, SnowRunner now runs at up to 4K/60 FPS on PlayStation 5 and Xbox Series X/S with enhanced graphics, faster loading times, deeper depth of field, and more. Current owners of the game on last-gen consoles can upgrade for free.