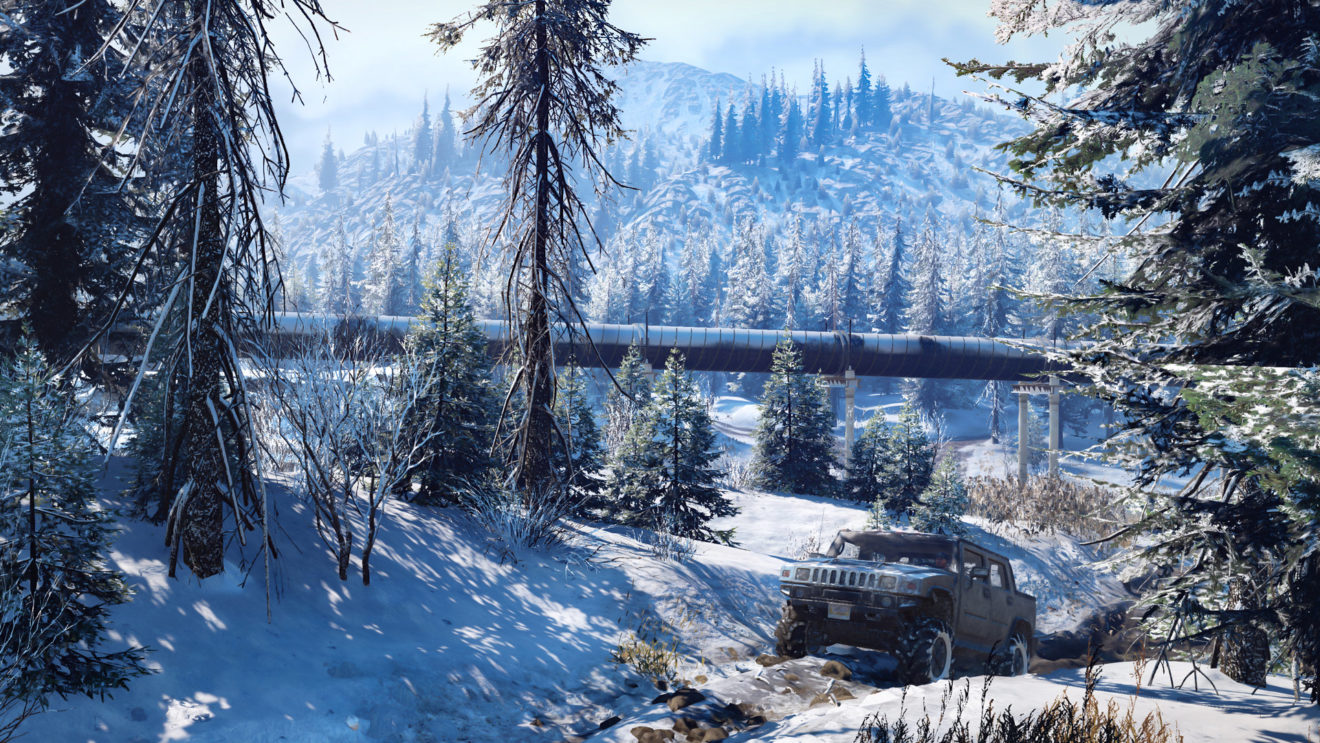 The update, which is available now, introduces the new Lake Kovd map for season pass holders. On this first of two new maps in Season One, players will have to complete new missions as they search for the remnants of a World War II bomber while avoiding the dangerous ice. Players also get the TUZ 16 “Actaeon” and Ford 750 4×4 CrewCab, new vehicle interior customization options, and new skins.

All of the above content is available to owners of the season pass or Premium Edition and can also be purchased separately. In addition, all players get new missions on the existing maps and PC players get some new mod tools for maps.

Looking forward, season pass and Premium Edition owners will be getting another map, new vehicles, new missions, and more. While all players will get a new game mode called Trials, which offers MudRunner-style challenges that each have their own custom mini-maps.