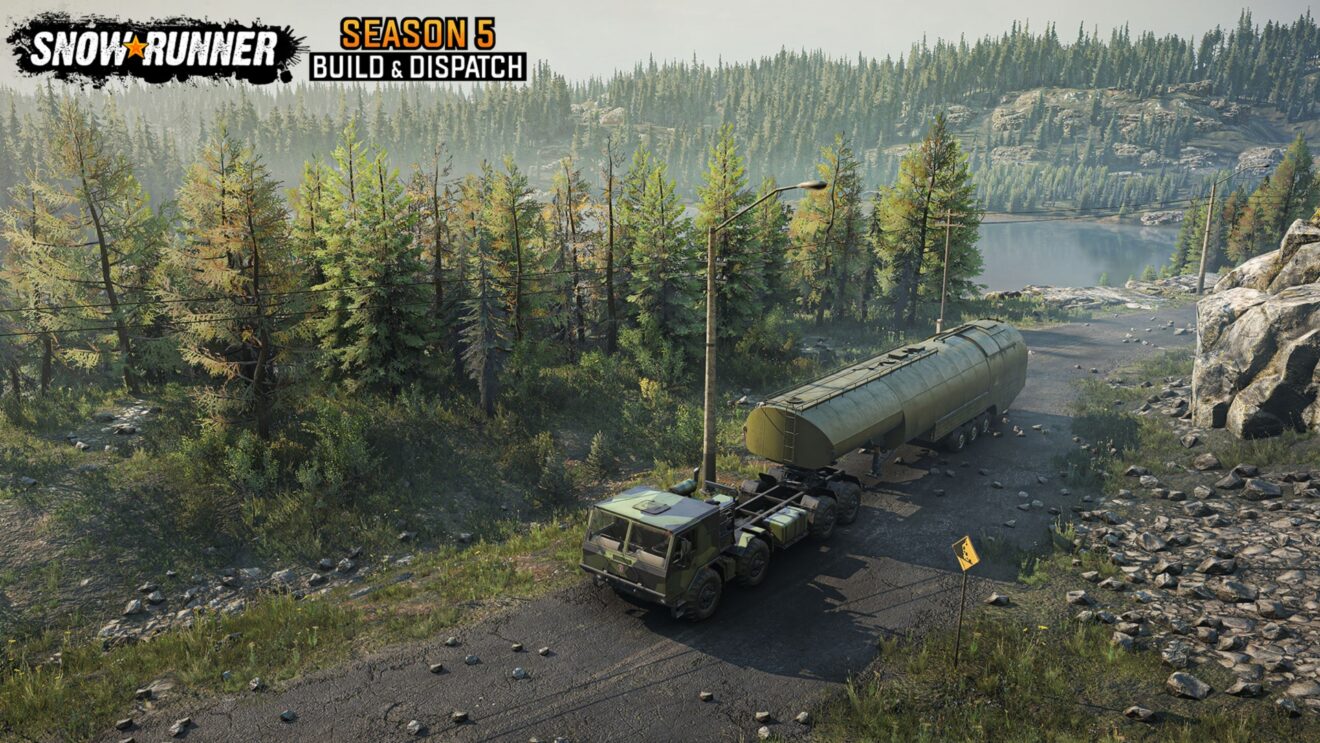 Focus Home Interactive and Saber Interactive have released a new trailer for off-road driving experience SnowRunner that goes over the content coming to the game during its second year.

The first part of the pass will be the game’s fifth season of content, which is set to arrive on September 9th. Season 5: Build & Dispatch will introduce two new summer maps in the region of Rostov Oblast, which feature “mild slopes” and “host one of the industrial strongholds of southern Russia.” Additionally, players will receive the Tatra Force and Tatra Phoenix vehicles as well as new skins and stickers.

Following this will be Season 6: Haul & Hustle, which will focus on heavy forestry and add a new region and vehicles, and Season 7 Compete & Conquer, which includes a new tournament map and vehicles. Finally, Year 2 comes to a close with SnowRunner‘s second expansion which will contain a new region, new vehicles and activities, and a brand-new mode.

In addition to the paid content, developer Saber Interactive is working on a number of free updates for the game. Throughout Year 2, the developer will release a New Game+ option, Immersive Mode, and cross-platform play support.