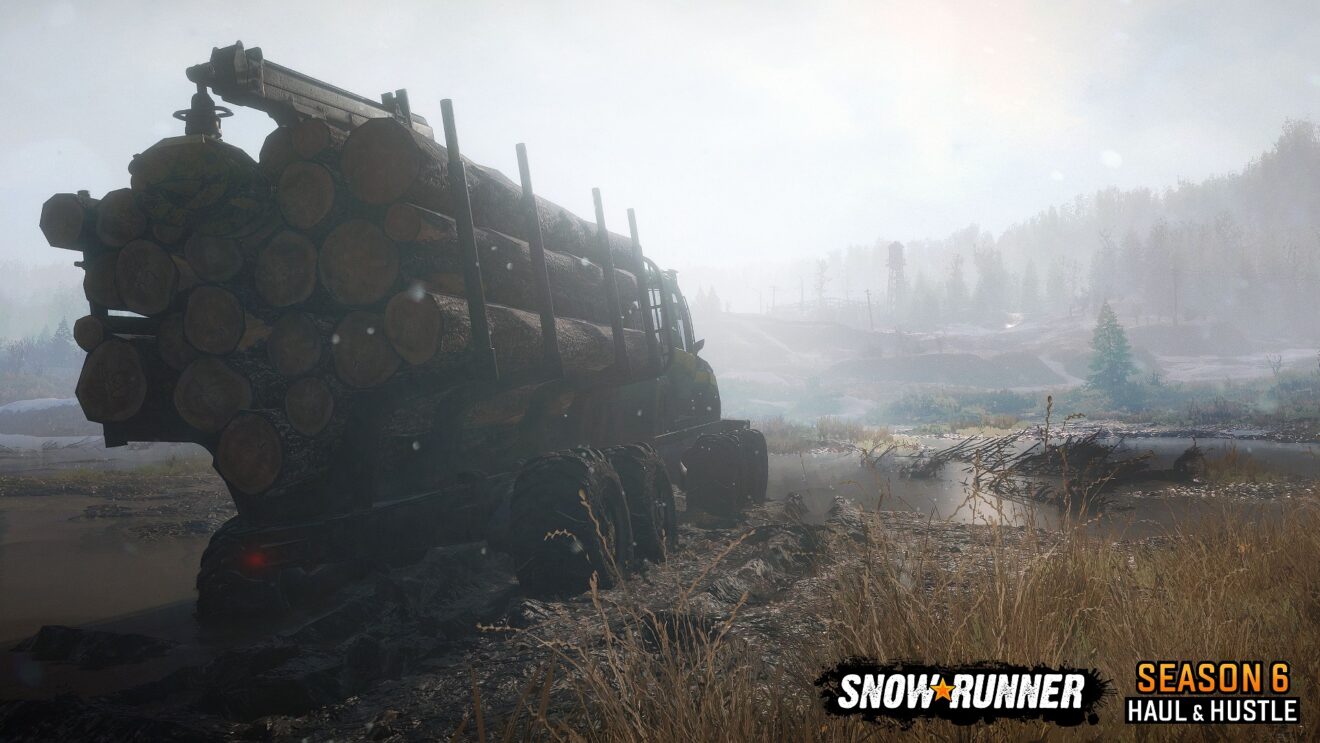 SnowRunner‘s sixth season, Haul & Hustle, launches for Xbox One, Nintendo Switch, and PC on December 7th, with a PlayStation 4 release to follow on December 8th, Focus Entertainment and Saber Interactive have announced.

In Season 6, players will head to Maine, USA, as they attempt to establish a forestry base without basic garage functions like refueling and repairs. Explore two new maps in the 8×8 forestry specialist Aramastu Forwarder and the Tayga 6455B off-road 6-wheeler. This new content is included in the Year 2 Pass.

Accompanying Season 6 will be a free update for all players that introduces cross-platform play between PlayStation 4 and PC, with Xbox One being added “soon after.” There will also be a Photo Mode, as well as a number of new addons and vehicle cosmetics.