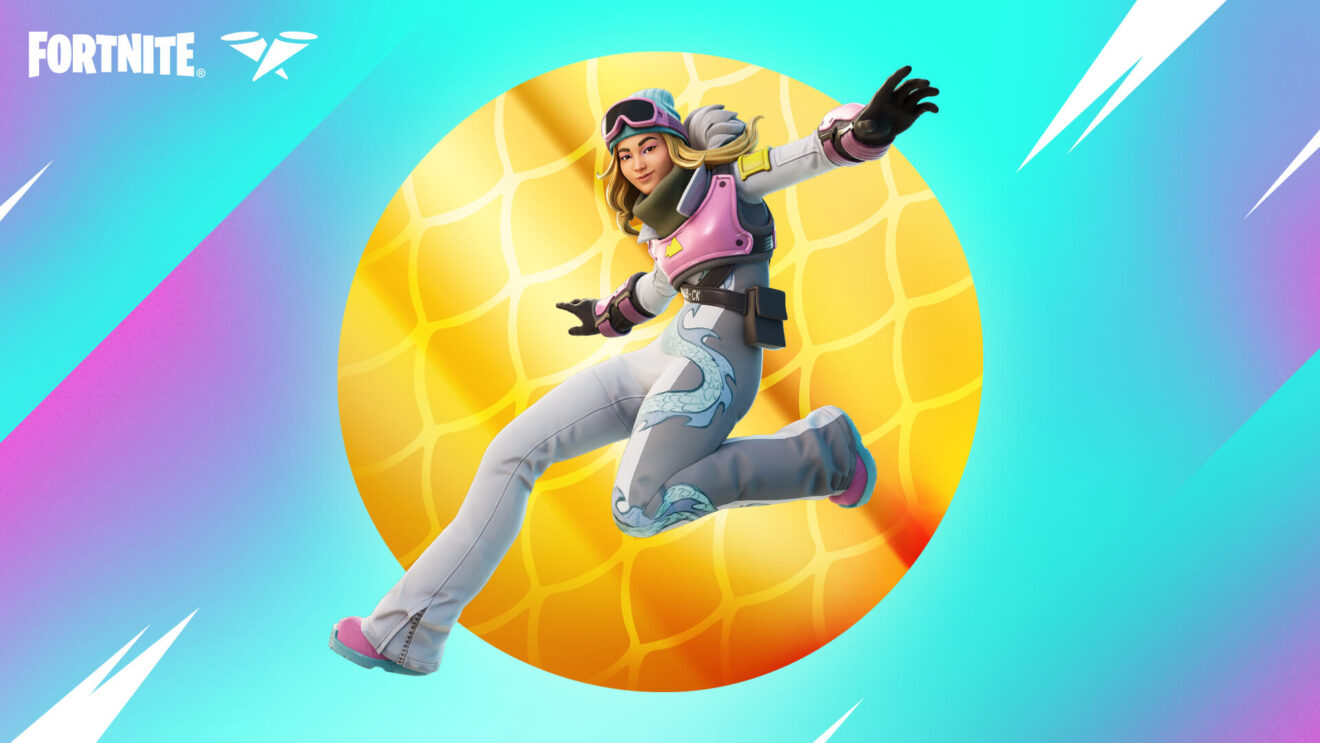 Two-time gold medalist Chloe Kim is heading to the Fortnite island as part of the Icon Series, Epic Games has revealed.

Starting March 26th, players can visit the Item Shop and purchase the Chloe Kim Outfit, which comes with the Back to Back, Pink Poppies, reactive Icy Infusion, and Deep Freeze styles, as well as the Sub-Zero Flight Back Bling. Additionally, the Frozen Flourish Pickaxe, Nunbola Glider, and Board Flair Emote will be available.

The outfit, pickaxe, glider, and emote are also included in the Chloe Kim Bundle with the Nunbola’s Flight Loading Screen.

For players who cannot wait until March 26th, Epic is offering the chance to earn the outfit and Back Bling early through the Chloe Kim Cup. On March 24th, players have ten matches across three hours to earn as many points as possible. The top-performing players in each region will receive the outfit and Back Bling, and all players who get at least eight points will be rewarded with the Nunbola’s Flight Loading Screen.

In other Fortnite-related news, Epic recently kicked off Chapter 3 Season 2 of the game. This latest season has removed building, added mantling, and introduced a new Battle Pass with Doctor Strange.