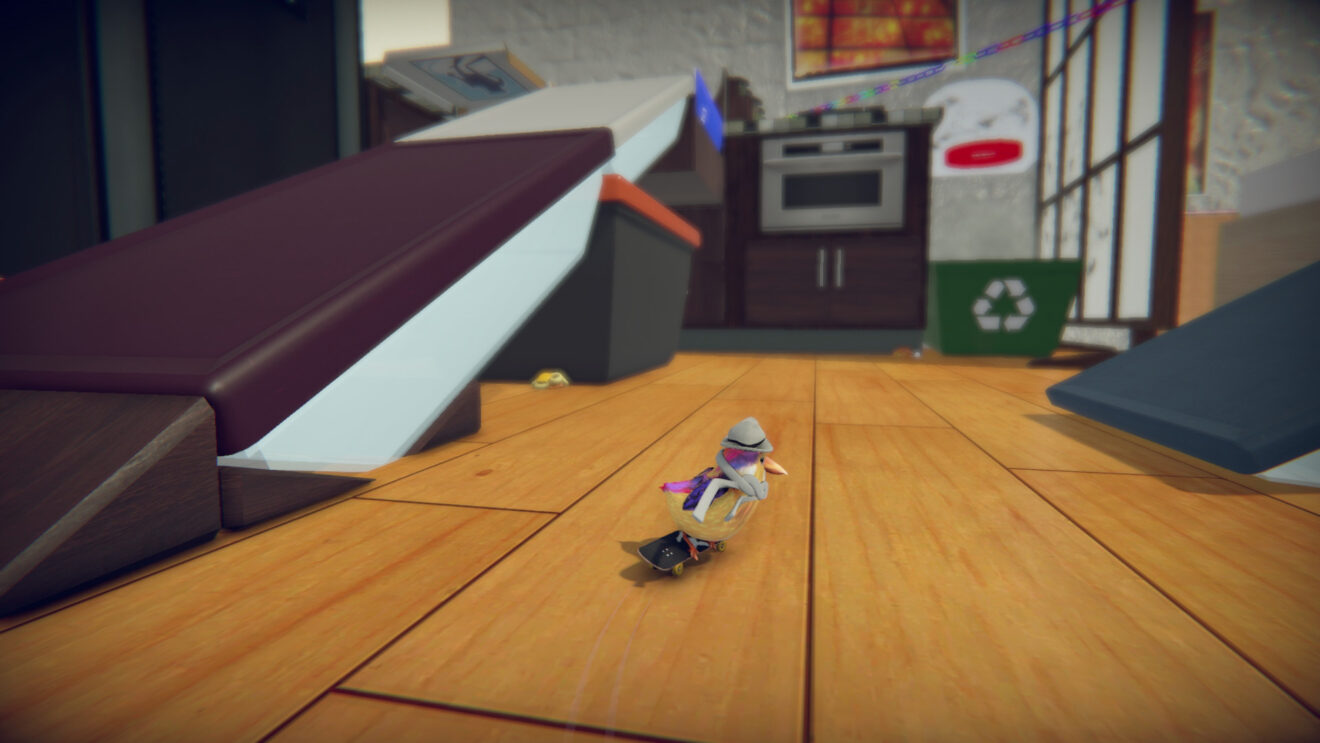 Glass Bottom Games has announced a delay of just over a month for its bird-based skateboarding game SkateBIRD.

A new trailer for the game reveals that the release date has been pushed back from August 12th to September 16th. Glass Bottom Games founder Megan Fox explained over on Twitter that the team “got stung by a few last-minute SDK/etc issues where the old code worked, but new version didn’t.”

The upcoming game puts players in control of a bird trying to help out their “Big Friend” who has hung up their board and is now stuck in a job they hate. To achieve this, players will need to skate around parks made up of household objects, including bendy straws, staplers, and more.