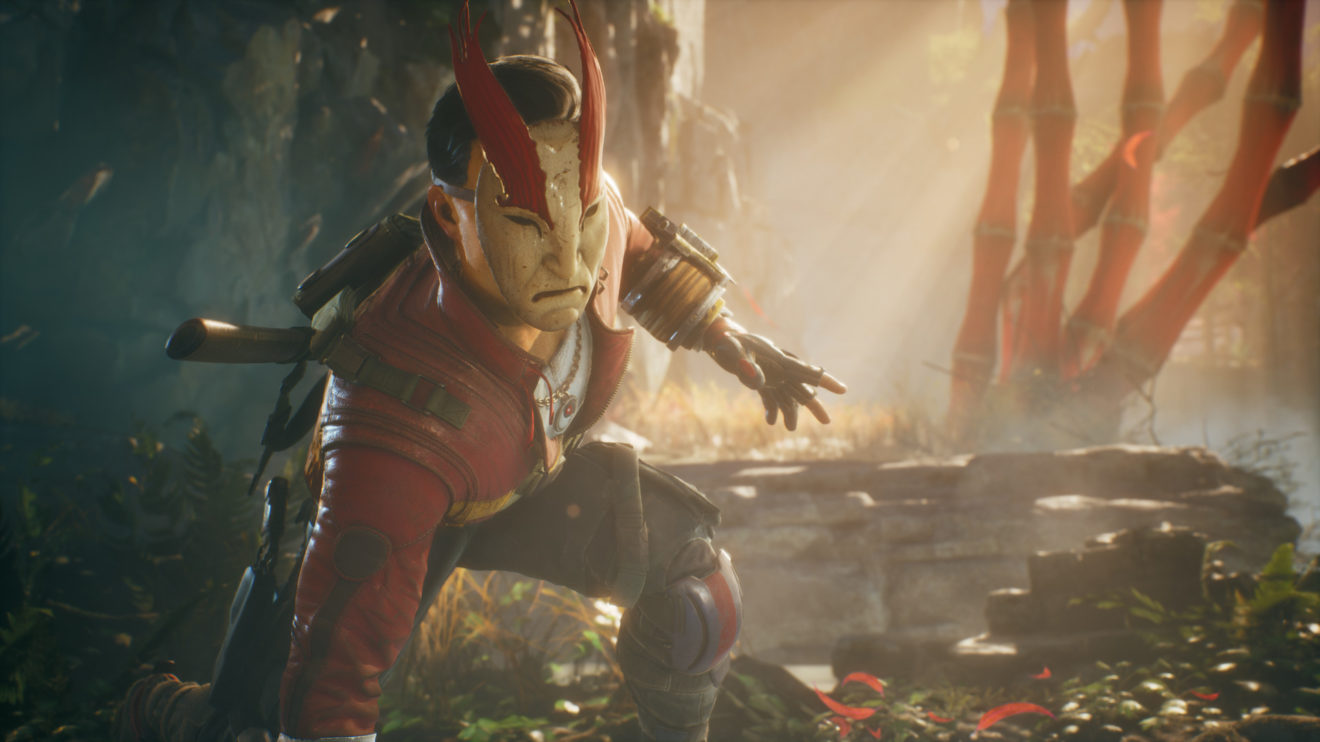 Shadow Warrior 3 follows Lo Wang and Orochi Zilla as they embark on a mission to recapture an ancient dragon that they unwillingly released from its eternal prison. Watch the debut trailer, which reveals Lo Wang’s new grappling hook, below:

“We are beyond excited to bring Shadow Warrior fans a completely fresh experience, and we can’t wait to show off the new features we have in store for them. We want to make sure that our fast-paced gunplay sequences, razor-sharp melee combat, and spectacular free-running movement, will get their adrenaline pumping and senses thumping,” game director Kuba Opoń said.

“But we never forget Flying Wild Hog’s roots and we hope that Shadow Warrior 3 will feel like a homecoming for those fans that have been with us since the beginning. And we can’t wait to introduce new players to Lo Wang, our quick-witted hero with a tongue as sharp as his katana. Shadow Warrior 3 will see him face a threat so huge it may be too big even for him to handle.”

The first gameplay footage from the upcoming game will debut during this year’s Devolver Direct, which takes place on July 11th at 12 p.m. PT.

Shadow Warrior 3 is scheduled to launch for PC in 2021. Other platforms have not been announced.