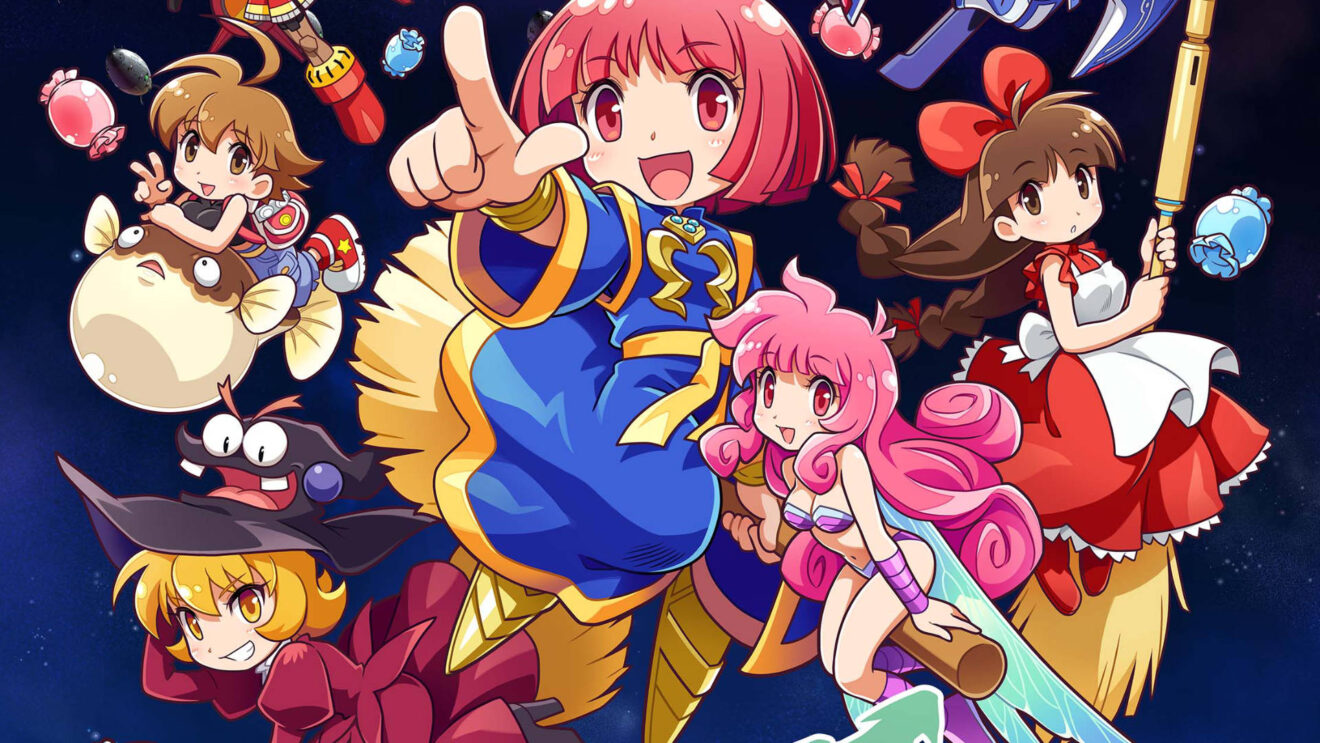 If you were a fan of shoot ‘em ups—or, as we called them back before a certain other segment of games stole the name, shooters—in the 16- and 32-bit era, then you’ll no doubt be familiar with the name Cotton. Originally released in Japanese arcades in 1991, Cotton: Fantastic Night Dreams kicked off developer Success’ new side-scrolling shooter series with a game so enjoyable and beloved that it just received a rework last year on PlayStation 4 and Switch.

I became a fan of the franchise thanks to the game’s 1993 TurboGrafx-CD port, and would go on to also play later releases such as Panorama Cotton (Mega Drive), Rainbow Cotton (Dreamcast), and the Neo Geo Pocket Color port of Fantastic Night Dreams.

And then, the series that helped define the “cute ‘em up” subgenre of shooters just disappeared, its final release not being one last fantastic dose of frenetic action, but instead 2003’s Magical Pachinko Cotton.

Now, however, on the heels of Cotton Reboot! and the re-release of many of the classic Cotton games through Inin Games, Success and Japanese indie developer Studio Saizensen offer fans the all-new project Superlative Night Dreams: Cotton Fantasy. Known as Cotton Rock ’n’ Roll in Japan, Cotton Fantasy is a modern take on the franchise that mixes classic Cotton gameplay with current-era widescreen HD visuals.

In order to learn more about Cotton Fantasy, I asked seven questions to the game’s producer, Shinya Nagatomo from Success Corporation, and game director Toshinobu Kondo of Studio Saizensen.

Shinya Nagatomo: At Success, we were not actively planning with the Cotton series. But there was a change in the way Success planned and budgeted, and we managed to launch the project in a window where we could move, and the project was finally evaluated. I think the milestone of the 30th anniversary also encouraged us to do this project.

EGM: Throughout the years, the Cotton games have changed their gameplay style, from the 2D side scrolling style of the original games, to the 3D style seen in games such as Panorama Cotton and Rainbow Cotton. When coming up with the initial ideas for Cotton Fantasy, how did the team decide which types of gameplay to pull from those older games?

Nagatomo: Collecting all the Cotton games was the basis of the project. Also, since this is the sixth game in the series, we decided on the characters based on the number 6. There are not many new side-scrolling games anymore, so we went back to basics for beginners in many areas. I also had the [opinion] that Cotton 2 and Boomerang added too many systems to the basics.

EGM: On the other side of that question, top-down and side-scrolling shooters have changed quite a bit over the years. In what ways did the core gameplay ideas of the Cotton series need updating for the modern era?

Nagatomo: We want people to play it again and again. The idea behind it is that anyone can complete the game, but only advanced players can aim for a proper high score.

EGM: Cotton Fantasy isn’t the first game in the series to let you play characters other than Cotton, but it does feature a larger cast than any previous title. Why did the team want to include a larger selection of characters to play as, versus simply focusing on Cotton? And might we ever see Izuna as a DLC character?

Nagatomo: It’s the 30th anniversary of the series, so I wanted to make it a Success STG all-star—that’s the reason. (But I forgot about Guardian Force.) For our business rivals, it’s also about digging up IP. It’s my hobby as a producer and planner to like all-star games, as well as Umiharakawase BaZooKa!.

I honestly don’t think there’s any chance of Izuna being a DLC character, but if we’re going to make Cotton Fantasy 2, we’ll do it Japanese style, so I’d love to have her as a playable character!

EGM: Classic-style shooters have come back in a big way in recent years, from M2’s Shot triggers series, to retro arcade collections, to new indie projects. What were the pressures of trying to create a new Cotton game at a time when competition in the genre has grown strong again?

Nagatomo: I don’t feel too much pressure, because I think it’s different. It is often said that you can’t beat memories, but I’m confident that if people actually play it, they’ll find this one more interesting and adapted to the present.

Toshinobu Kondo: Rather than the pressure of comparing it to other works, I was under a lot of pressure to make Cotton Fantasy something that would satisfy Cotton fans.

EGM: So what were the challenges of trying to create a new Cotton game that could both satisfy long-time fans while also being easy enough for newer players?

Nagatomo: The challenges were the rules of Cotton. There are a lot of rules for Cotton and the developers, who are fans of Cotton, and I, being more in touch with the present, had some conflicts over the direction of the game. We fought a lot about the difficulty of levels and the boss pattern.

Kondo: The last one was made a long time ago, so in order to recreate the Cotton of my memories in the present day, I had to do a lot of power-ups, but it was fundamental to keep the original Cotton [feel].

EGM: Finally, do you have any message to our readers on why they should play Cotton Fantasy?

Nagatomo: This is a side-scrolling STG that can be played over and over again and is adapted to the present. Please enjoy it along with the cuteness of the characters.

Kondo: The music, the story, the characters, the voices, and the game system all come together to make this new Cotton. Please enjoy the Cotton world.

Superlative Night Dreams: Cotton Fantasy hits this Spring for PlayStation 4 and Nintendo Switch. The game will be available in standard physical editions and digital downloads at launch, and pre-orders are currently open for a limited edition through Strictly Limited Games.