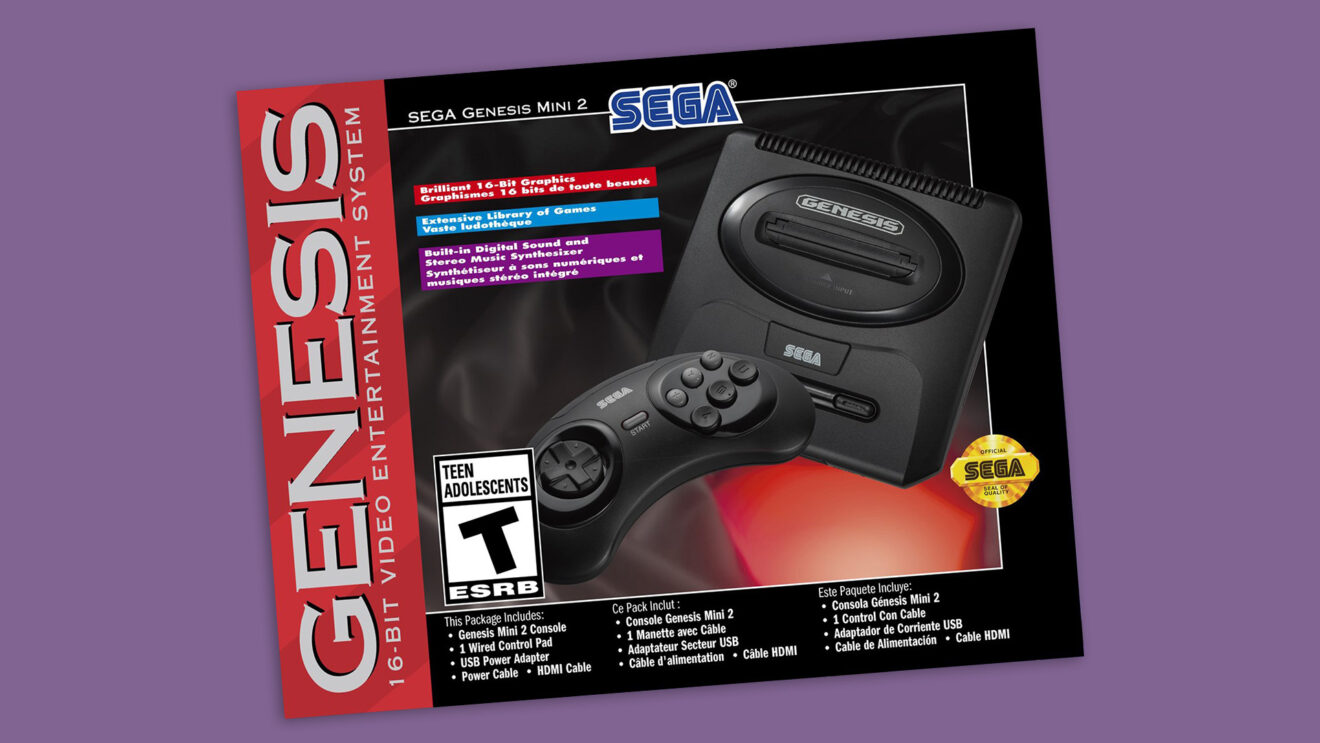 Sega will release the Genesis Mini 2 in North America this fall.

The company had been promoting a new plug-and-play emulation box, the Mega Drive Mini 2, for an upcoming release in Japan, but it hadn’t said anything about a Western version. That changed on Wednesday when Amazon accidentally let the cat out of the bag, prompting Sega to quickly confirm its release plans.

Like its predecessor, the Genesis Mini 2 will feature a selection of classic games preloaded on the box and playable through emulation, with some titles from the Genesis’s Sega CD add-on making the cut this time around. Sega promises the final selection will top 50 games. Here’s the list of confirmed titles so far:

Fittingly enough, the design of the console has been updated to match the original’s first major hardware revision, the smaller, lighter Genesis Model 2. Sega has also opted to use the narrower, six-button controller design this time around, though you’ll only get a single wired controller in the box. (The original Mini came with two.)

The Genesis Mini 2 will be sold exclusively through Amazon. It’ll be available starting October 27th. The product page currently lists a price of around $100.

Josh Harmon
Josh picked up a controller when he was 3 years old and hasn’t looked back since. This has made him particularly vulnerable to attacks from behind. He fell in love with EGM during the Dan Hsu era, so joining the magazine as an intern way back in 2012 felt like a dream come true. Now, as Editorial Director, he’s excited to lead EGM somewhere new.
Share
Post tagsSegaSega Genesis Mini