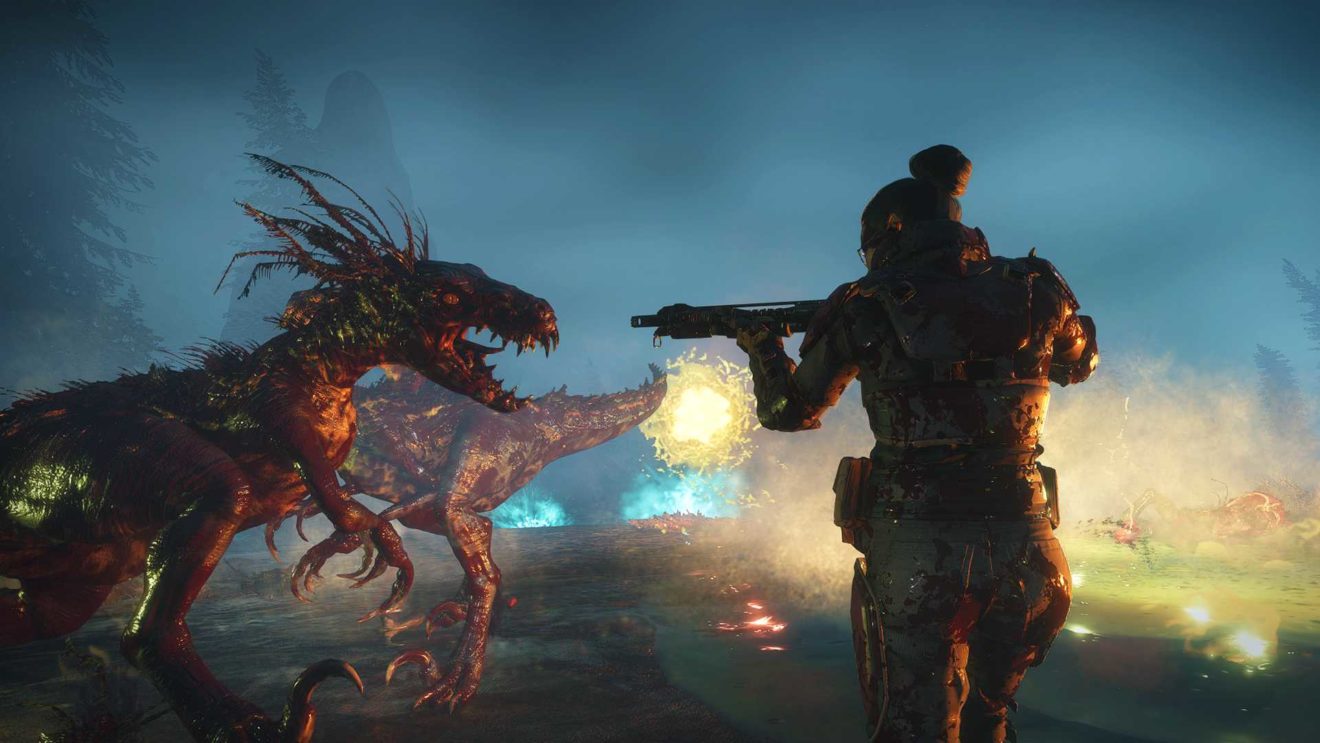 Systemic Reaction has announced that Second Extinction will be coming to Xbox Game Preview on Xbox Series X/S and Xbox One this spring.

The game is set in a time when dinosaurs have taken over Earth and humans have been forced to flee to an orbital station. Players will choose from a roster of four survivors and take part in the Extinction War as they attempt to take back control of the planet.

Choose a mission to take on and a loadout to bring along, drop down to the planet, complete the given objective, and then successfully extract. The rewards earned from these missions can be used to upgrade weapons and equipment.

Second Extinction is available now in early access on PC and is coming to Xbox Series X/S and Xbox One via Xbox Game Preview this spring.