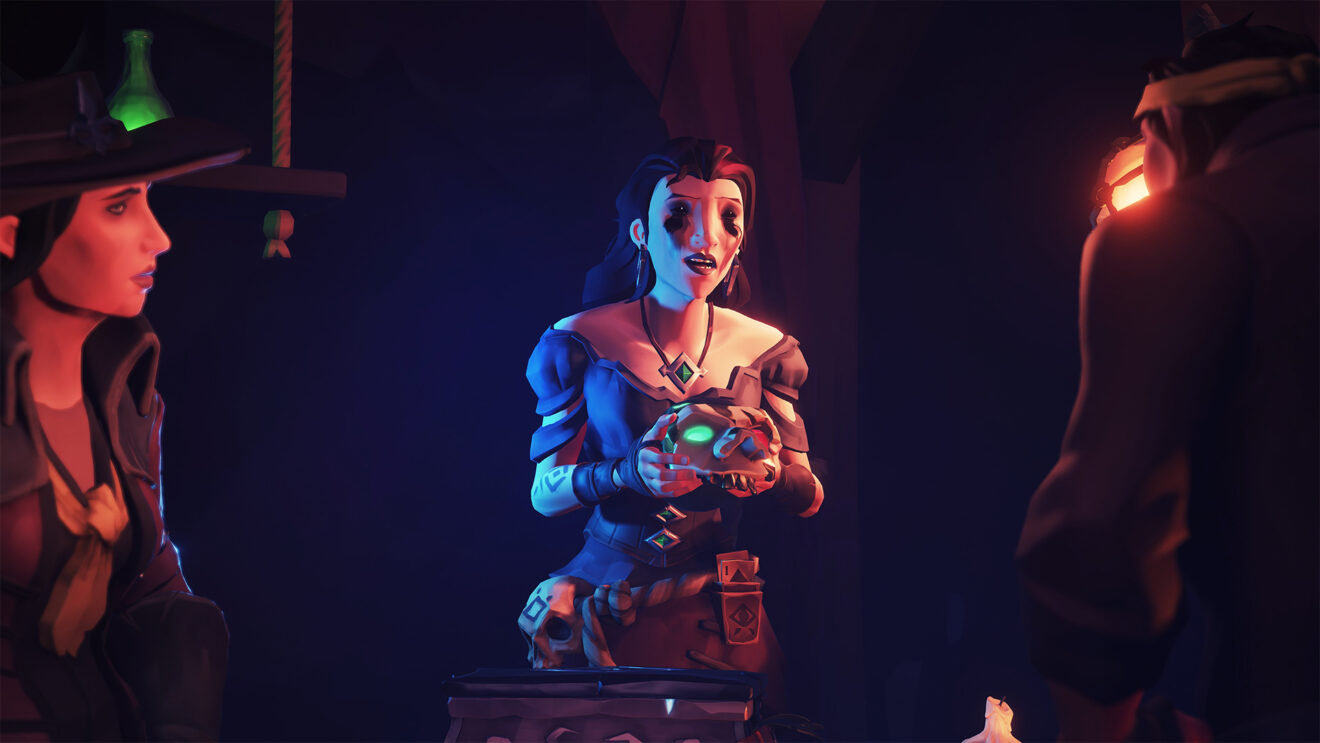 Search for a cure in Sea of Thieves’ latest Adventure

After recovering the memories of Captain Briggsy in the last Sea of Thieves Adventure, players must now use this knowledge to find a cure for Tasha’s curse.

Madame Olivia has managed to imbue Briggsy’s mask with the memories of its former owner and now players must use it to find the cure she was searching for. The mask allows players to see secret starfields that will lead them along the same path Briggsy sailed.

To get started, speak to Larinna outside the tavern before February 2nd.

In addition to kicking off a new Adventure, developer Rare has made some changes to PvP. Following the update, matchmaking now allows for same-Faction battles, there are 50 new battle locations to fight in, and Crews who are defeated now receive a slight increase to their Allegiance.