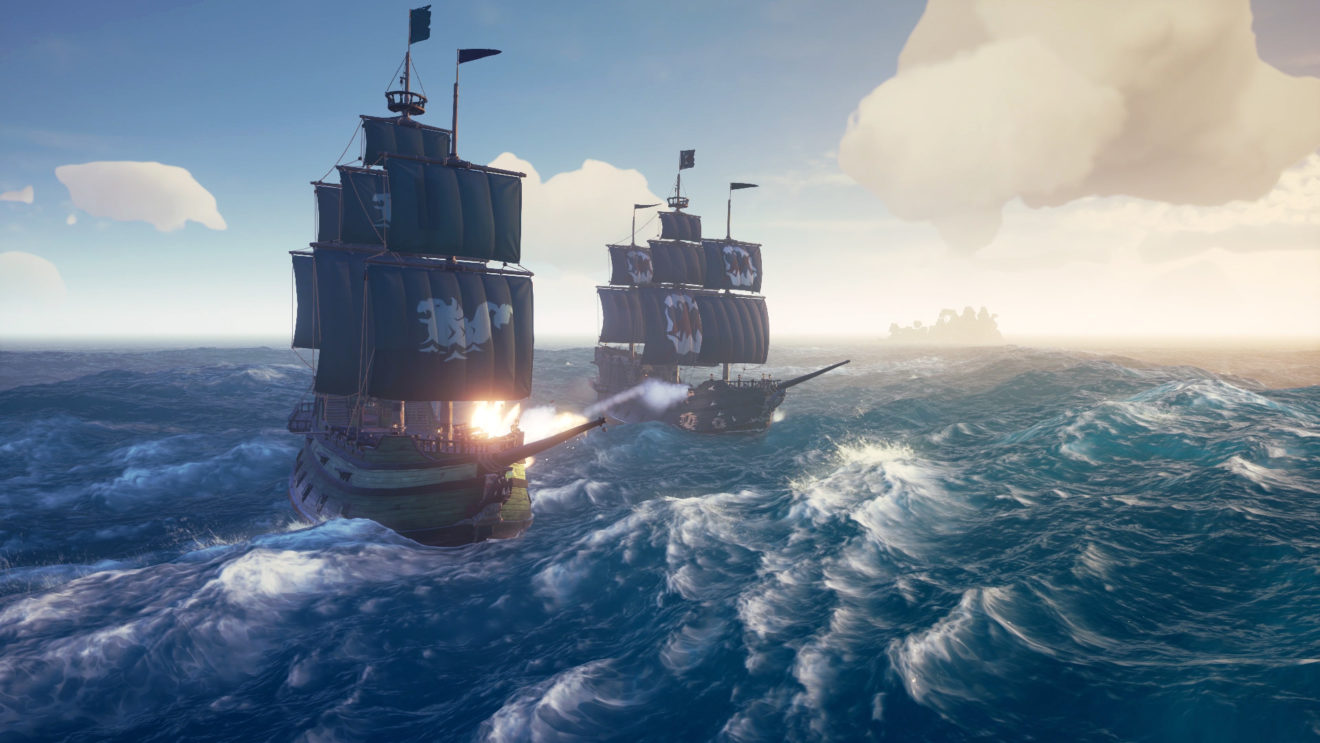 Sea of Thieves’ Vaults of the Ancients update revealed

Sea of Thieves‘ next major update, “Vault of the Ancients,” is launching on September 9th.

Vaults of the Ancients continues the events of the Shores of Gold, and the Gold Hoarders company has, fittingly, hoarded its gold in ancient vaults. However, worrying about the security of its gold, the company tasks the players with recovering the keys to these vaults.

That’s where your personal pirate sensibilities come in. You can either return the keys to the Gold Hoarders and collect a fee, or you can do the pirate thing and break into the vaults yourselves. However, to get to the real treasure, you’ll need to hunt for medallions that are hidden in the vault before time runs out. Get all the medallions, and you’ll get all the clues you need to solve a puzzle that will lead you to the real treasure.

This update will also introduce Mysterious Notes, which will help keep players up-to-date on what’s happening in the world of Sea of Thieves. You’ll get new Mysterious Notes, personalized based on your experience with the game, every time you log in and use them to figure out how you want to spend your time in the game.

The update will also bring with it several new quality-of-life improvements. New HUD options will let you keep your health and ammo on the screen at all times or disable them completely. The game is also giving more options for its single-stick mode. It’s also giving away new Battletoads ship cosmetics for players who complete the first act of the newly released beat ’em up.

In addition to all of that, the game is also adding dogs to the list of pets that players can acquire when Vaults of the Ancients launches, as announced during Gamescom.

Sea of Thieves is available on Xbox One and PC, as well as recently launching on Steam with cross-platform progression support.