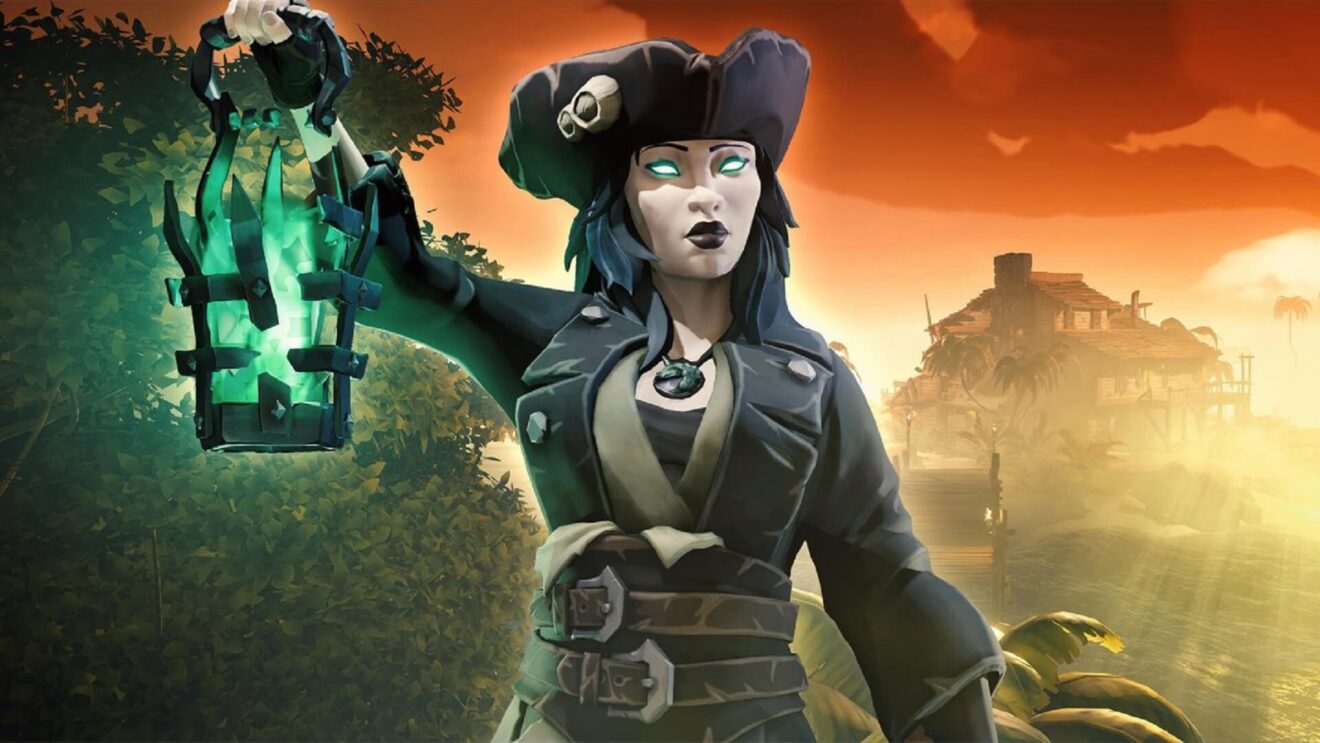 Rare has shared a detailed look at the Legend of the Veil, a new Pirate Legend-exclusive Voyage coming to Sea of Thieves.

This new addition to the game will see players helping the Pirate Lord uncover the gems that belong to the Veil of the Ancient’s mask. Each chapter of the Voyage will involve a different gem and be accompanied by a cutscene with the Pirate Lord.

Legend of the Veil offers players a different experience each time they play thanks to modules that will be shuffled for each new Voyage. The modules include three map experiences. One is zoomed maps, which are harder to solve than a regular treasure map due to them only showing a small section of the island, while another is pictorial maps, a series of images that show the island the treasure is on and where it is buried. There are also lying maps, which show all of the ancient symbols on an island with one of them being wrong.

Another module that players can come across is the shipwreck graveyard. Players must search through a number of shipwrecks to find the key to the captain’s room and the veil stone that is within it. There are also a number of other treasures hidden away for players to discover.

Finally, there are haunted islands, which require players to locate the veil stone with the help of Belle. Light the statues in order and then help the Ancients fight off the Phantoms to get the stone.

Once all the stones are collected, it’s time for the finale. Players must sail toward a tornado and then destroy the nearby forts to put a stop to it.

Legend of the Veil is scheduled to launch on April 21st for Xbox and PC.