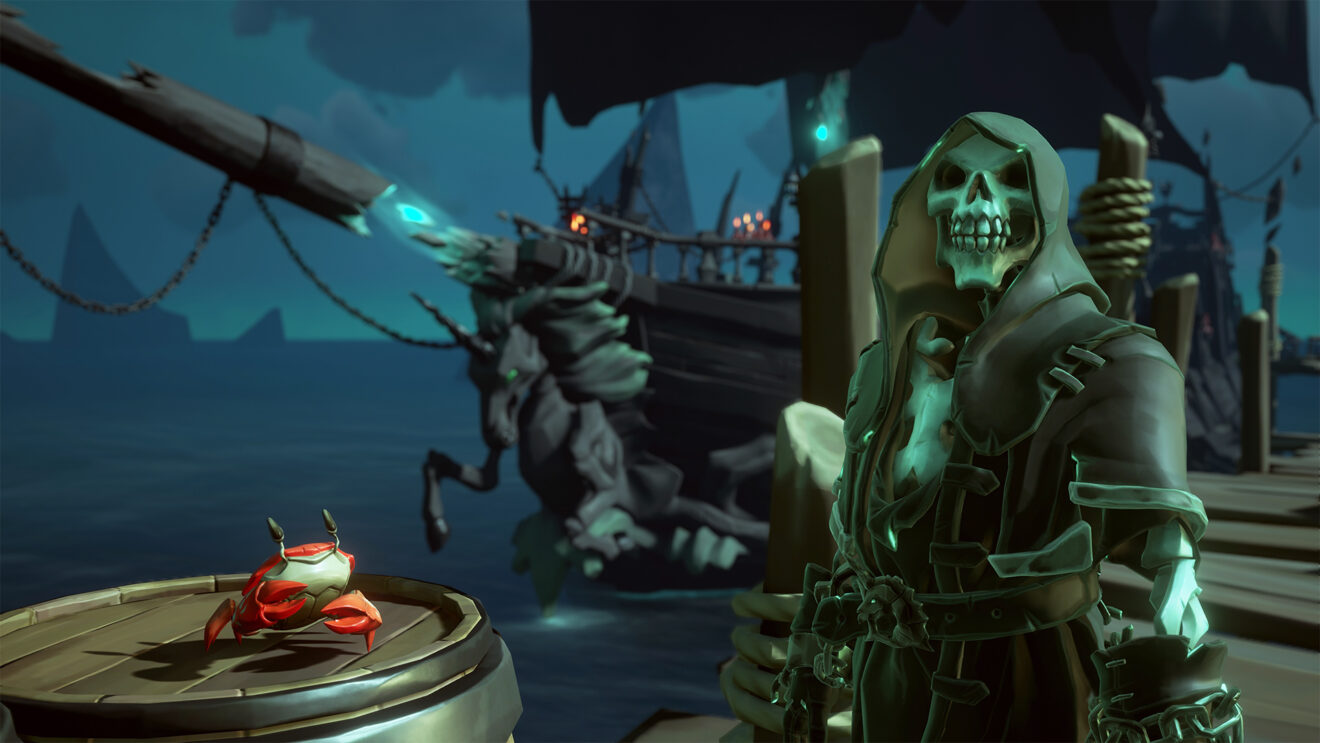 Sea of Thieves’ The Forsaken Hunter Adventure is now live

The latest Sea of Thieves Adventure sees players going on a hunt for the fearless fisherman known as ‘Merry’ Merrick.

In the wake of the victory against The Reaper’s Bones, Merrick has vanished and now it’s up to players to find out what happened. Start the search by talking to Larinna and then head to Stephen’s Spoils to look for clues.

“As your search for Merrick takes you far and wide across the map, you’ll meet familiar friends and foes, some of whom will offer clues to the Hunter’s whereabouts and the motives of those who’ve been scheming against him,” Rare added in an Xbox Wire post. “Ultimately, though, you’ll need to rely on keen eyes and a sharp sword to unveil a conspiracy that goes far beyond the welfare of a single pirate – it stands to permanently shift the balance of power on the Sea of Thieves.”

The Forsaken Hunter Adventure will be live in the game until July 14th.