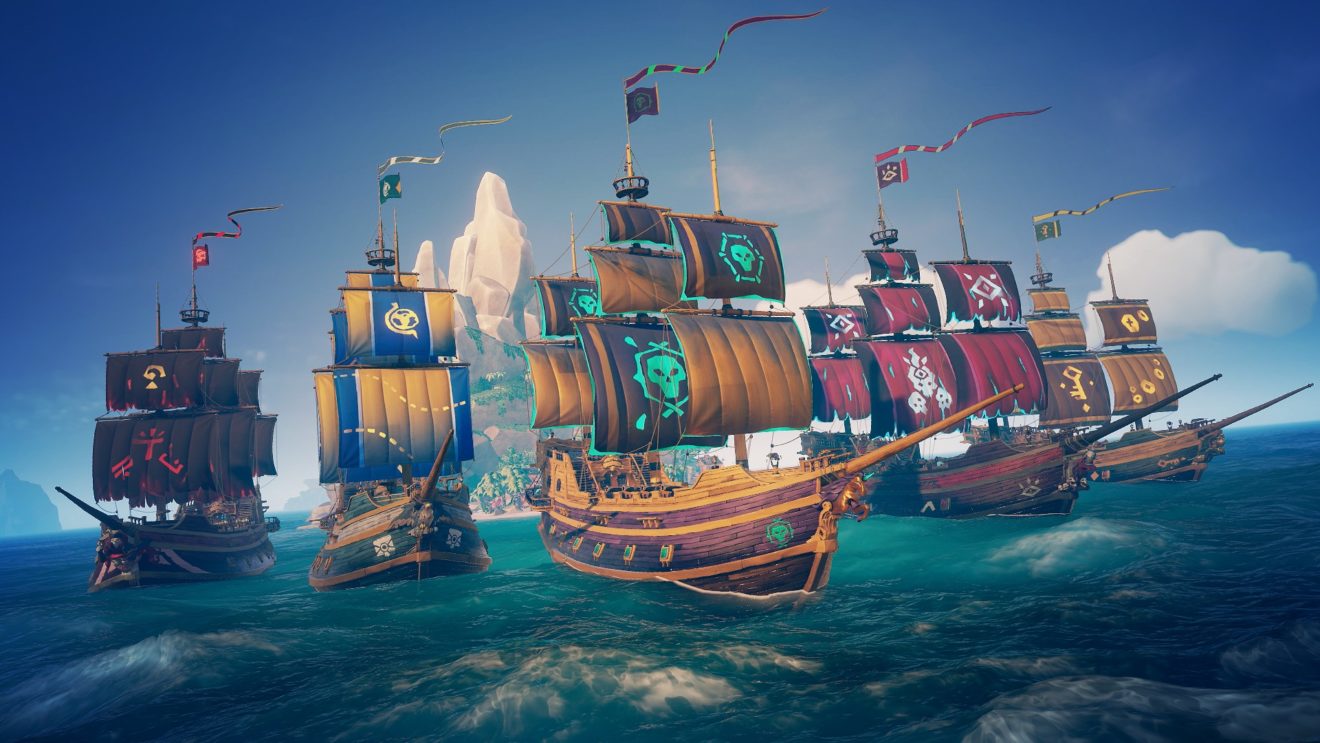 In the face of a global pandemic, Sea of Thieves continues to provide monthly updates that have gradually but significantly added content and quality of life changes. This month’s update, Ships of Fortune, launches today and both adds new missions and gameplay mechanics while refining the game’s best content.

The biggest content addition to the game comes in the form of the Emissary system, which lets players sign up as an Emissary for one of the game’s four trading companies—Gold Hoarders, Order of Souls, Merchant Alliance, and Athena’s Fortune. Signing on as an Emissary for one of these companies lets you represent them in the form of new uniforms and ship cosmetics. Completing quests for your company will net you bonus loot and improve your Emissary Grade, which will unlock even more special cosmetics. The level cap for each trading company has also been raised to 75.

Of course, toeing the company line isn’t exactly the pirate’s way, so if you’re more about fighting and pillaging, you can sign up with a new trading company called the Reaper’s Bones. This group, which can be found at The Reaper’s Hideout, has one rule and one rule only: Make life miserable for the other Emissaries. Loot stolen from other pirates will let you rise through the Reaper’s Bones ranks and earn “a rare and surprising boon, befitting their infamy and making them an even bigger threat to other Emissaries on the seas,” according to the official blog post.

On top of the new Emissary system, the Ships of Fortune update adds several significant quality of life changes that makes navigating the sea (of thieves) a little more forgiving, as long as you’ve got a reliable crew.

The biggest gameplay change is the ability to now revive crewmates. If a crewmate goes down, you have a few seconds to revive them before their soul fully leaves their body and travels to the Ferry of the Damned.

The revive mechanic will come in extremely handy in the updated Arena. Competitive sessions are now 15 minutes instead of 24 and take place in smaller areas. Likewise, there’s now only one chest available at a time, with a beacon marking its location at all times, so battles will be faster and more intense.

Back in Adventure Mode, new world map markers will make it easier to find Tall Tales, some of the best content Sea of Theives has to offer, so if you’re eligible to embark on them, you’ll see them on your ship’s map. New crew status tags will also appear next to your crew members’ nameplates so you know if they’re in a fight, carrying a chest, or on fire. A new settings option will also let you adjust the distance at which you can see these status tags, so if you like having to run around an island for 15 minutes while you try to find your friends, you can turn that off.

Oh, and you can buy cats now. Yes. Pirate cats.

Sea of Thieves‘ Ships of Fortune update is free for all players. The game’s available on Xbox One and PC.