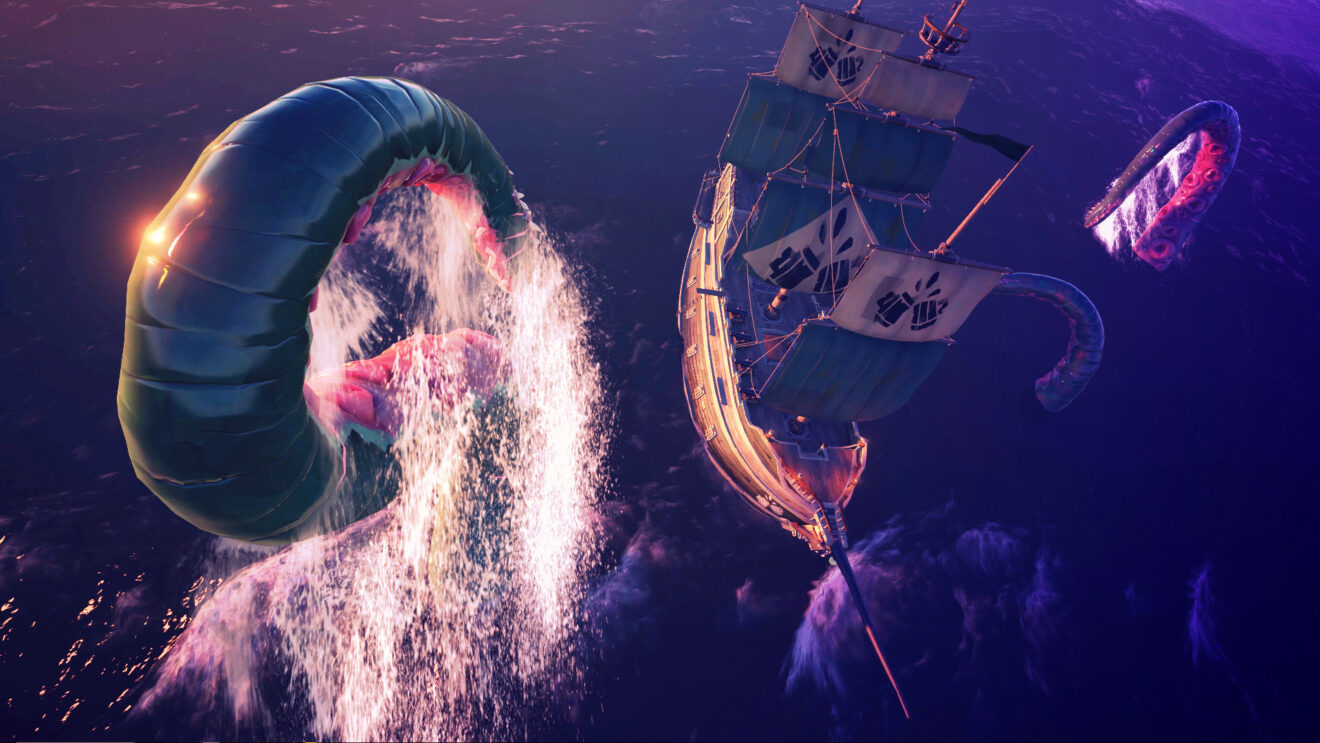 Rare has delivered the Season 4 update for Sea of Thieves.

This newest update comes with a number of additions to keep players occupied, including Siren Shrines and Siren Treasuries. First up are the Siren Shrines, which will challenge players’ puzzle-solving skills in exchange for treasure. While Treasuries are spread across the map and will test players’ combat skills as they take on Ocean Crawlers, deadly Sirens, and Coral Skeletons to open the vault and claim the loot.

These new areas are home to another addition in the shape of Sunken Merfolk Statues. Using these statues, players can store their treasure and then claim it once back on the surface from merfolk.

In addition to the above, the Season 4 update includes Coral Message in a Bottle Quests, journals to collect that will reveal the secrets of the Sunken Kingdom, new commendations to complete, and new achievements.

Finally, a new Plunder Pass is available that rewards a number of new cosmetics and currency by working through it. Progressing through the pass will unlock the Wicked Web clothing set, Siren’s Wrath collectibles, and new rewards for Pirate Legends. Read the full patch notes for Season 4 here.