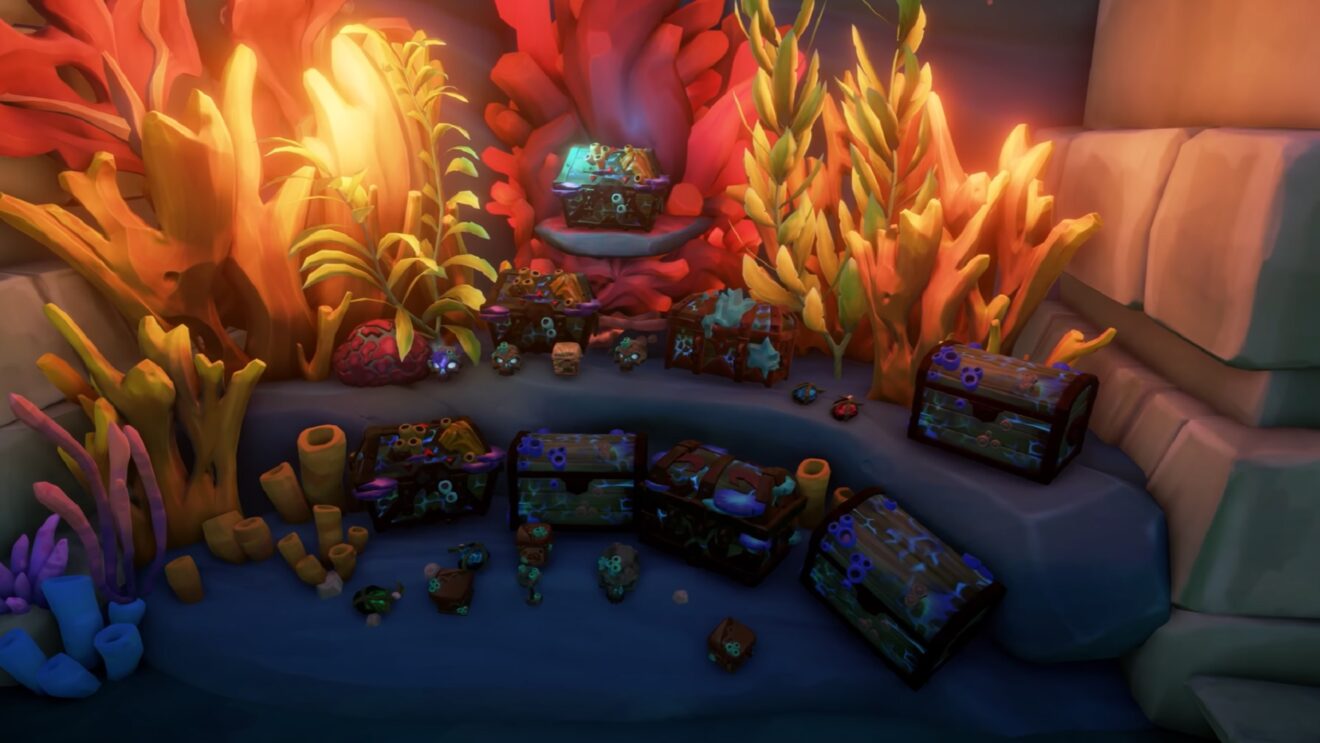 Rare has gone over the new content coming to Sea of Thieves with the release of Season 4 later this week.

Kicking things off are the new Siren Shrines and Siren Treasuries. Siren Shrines will pose players “unique challenges and threats,” but contain plenty of loot to make it all worth it. While Treasuries will pit players against waves of enemies for coral treasures. In both of these new areas, players will discover Sunken Merfolk Statues, which can be used to store treasures and safely transport them to the surface.

In addition, players should keep an eye out for Coral Message in a Bottles, which will send them on voyages to find the “Breath of the Sea.” Return it to any Trading Company for a reward.

There are also new Commendations to earn, the Sunken Sorrow cosmetic set to complete, new Emmisary rewards, and a new Plunder Pass. Complete the 100 levels of the pass to earn the Siren’s Wrath ship parts, Wicked Web clothing set, and more.