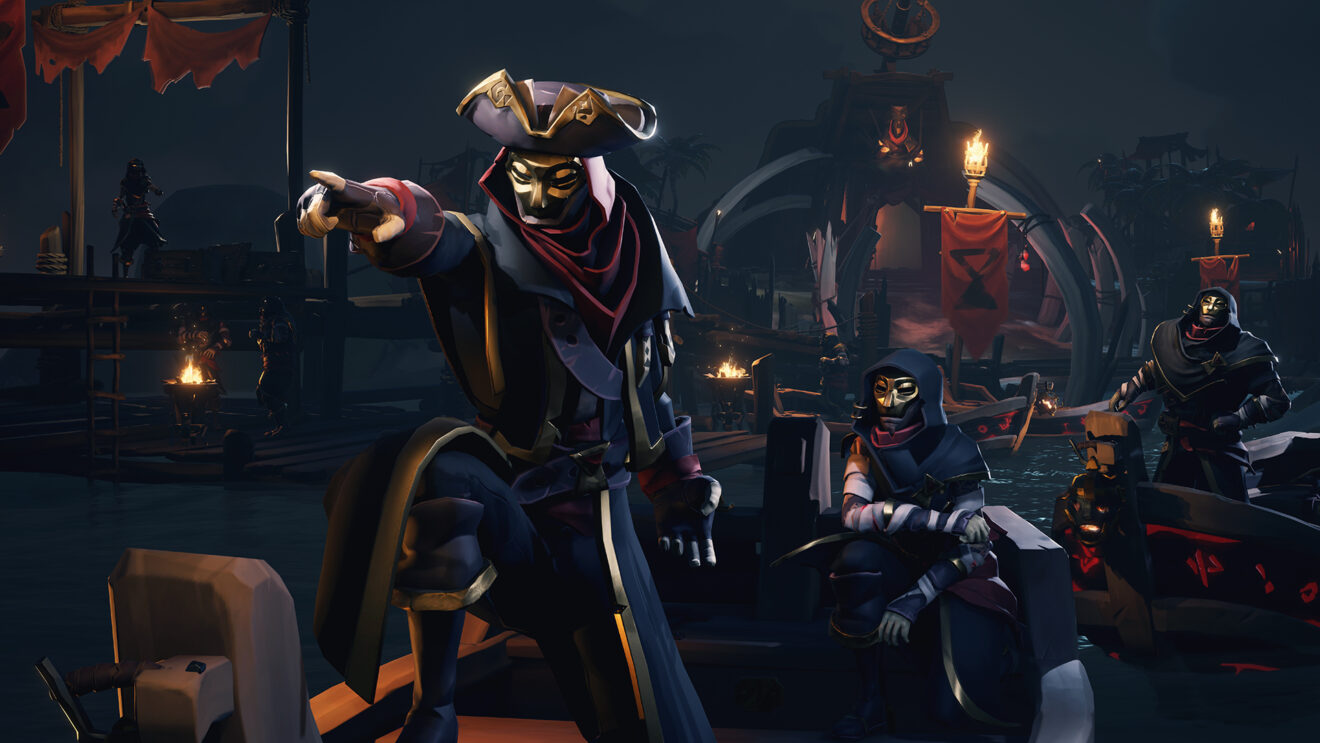 The fate of the Golden Sands Outpost is in the hands of the players with the release of the Lost Sands Adventure.

During this Adventure, which runs until June 9th, players can choose to either restore the outpost to its former glory or prevent that from happening. The side with the most support at the end of the Adventure will determine the outpost’s fate.

“Following the thrilling conclusion to ‘The Shrouded Deep’, Merrick found his lust for excitement and adventure rekindled, and has now set his sights on rebuilding Golden Sands Outpost – which was left abandoned at the beginning of the very first Adventure, ‘Shrouded Islands’,” developer Rare explains. “But even as Merrick tries to rally the island’s inhabitants, a shadowy threat lies in wait. The Servant of the Flame is determined that the Outpost should remain in ruins, and gathers his forces to plot sabotage.”

Players who choose to aid Merrick and head down the Hunter’s Path will need to track down key supplies to help with the rebuilding effort, while those who side with the Reapers on the Servant’s Path must use Soulflame Rowboats to smuggle Relic Caches.