There’s a point you reach as an SNK fan when you start to wonder if you’re an idiot. In 1997, I spent a couple hundred dollars on a NeoGeo home console so I could own Samurai Shodown II—a stellar release from the company’s fighting game legacy that remains one of my favorites to this day. And yet, even owning the most legitimate version of the game there will ever be, I’ve repurchased SamSho II time and time again across various systems over the years.

With the inevitable understanding that I just need to stop at a certain point, the idea of picking up Samurai Shodown NeoGeo Collection might not make sense initially. And yet, there’s enough offered here that I think I should consider tossing SNK some cash for Samurai Shodown one more time—and even, just maybe, one last time.

At its core, Samurai Shodown NeoGeo Collection is a compilation of seven arcade ROMs plugged into a fancy emulator. NeoGeo arcade ROMs, to be clear—which means Samurai Shodown VI isn’t on the list, as it ran on Sammy’s Atomiswave hardware. It’s really hard to mess that formula up given how many times those ROMs have now been emulated and repackaged, and from my experience with the collection, things seem to be pretty fantastic. I’ve encountered a few random issues—such as a weird graphical glitch on Samurai Shodown III’s character select screen—but so far, nothing that directly affects gameplay.

As you would expect, each game offers a number of visual options, such as changing the display size, implementing either TV or arcade scanlines, or picking from a respectably large selection of screen borders. Each title also allows for basic button configuration, selectable difficulty, the choice between the Japanese or North American versions of the game, and the ability to create or load one save state per title.

It’s the last system option that Digital Eclipse has added to Samurai Shodown NeoGeo Collection, however, that’s by far the most interesting. Ever since its original release, matches in the Samurai Shodown series have played out at two different zoom levels, depending on how close or far you and your opponent are from one another. When closer, the action zooms in, showing all character sprites, backgrounds, and other elements at their original resolution. Back off from each other, and everything zooms out to show more of the arena. The problem is, the NeoGeo’s internal hardware could only do so much in terms of sprite scaling, so there’s always been a noticeable drop in image quality when zoomed out.

With that in mind, Digital Eclipse—along with coder Dan Filner—came up with an idea. Given the games would already be running at a resolution much higher than the original NeoGeo could handle, why not use those extra pixels to bump all graphical elements up to a higher fidelity when zoomed out? Togglable via an “HD Scaling” switch accessible from the main menu, the results aren’t perfect, but they almost feel like witchcraft when you consider the technical aspects of what’s going on. For later games such as Samurai Shodown V Special, the difference isn’t as pronounced, but when used on something like Samurai Shodown II, it’s night and day. The option does come with caveats, however: You can’t use HD Scaling when playing online, and the feature is completely missing from the Switch version.

Much like with SNK 40th Anniversary Collection, Digital Eclipse has packed this release full of bonus content. There’s a ton of things to dig through here in the Museum—from a timeline of Samurai Shodown and tangentially-related games, to a character section featuring profiles and concept drawings for every member of the roster, to video interviews with developers from across the history of the franchise, to a wide assortment of scans of production art, to replays of pro matches, to even a music section with six full soundtracks from the MVS (arcade) versions of the games.

There are a few quirks to the bonus content, such as the history section strangely omitting Shinsetsu Samurai Spirits Bushidou Retsude (aka Samurai Shodown RPG), and there being no way to make the developer or pro match videos full screen (at least that I can find). However, those complaints pale in comparison to just how much valuable content the team has packed into this release. I’ve been a fan of the series since its debut in 1993, and yet there’s stuff here that I’ve never seen before. The bonus content alone arguably makes this collection a worthy purchase, even if you own multiple copies of its included games already.

Well—you may own all of them except one. Samurai Shodown NeoGeo Collection includes one final bonus that none of us could ever have seen coming: Samurai Shodown V Perfect. An infamously “lost” game, Perfect was only ever seen by the public once at a test location in Japan back in 2004, and it was only playable there for a few hours before the test was abruptly shut down. Planned as a new revision to Samurai Shodown V Special, the game was a joint collaboration between developer Yuki Enterprise and director Kouji Takaya, but parent company SNK had no knowledge of its existence. As the story goes, when the higher-ups found out, the game’s development was immediately cancelled.

Thankfully, Takaya had stashed away a copy of the game’s ROM file, and during work on  Samurai Shodown NeoGeo Collection the dev team discovered that said file still existed. With its inclusion 16 years later, what would have been the final NeoGeo release is at last playable, and it’s an occasion that fans of both the platform and the franchise have long dreamed of. One of Samurai Shodown V Perfect’s biggest claims to fame is the inclusion of narrative cutscenes (which had been missing from both vanilla SSV and Special), but they pale in comparison to what we’ve seen in previous chapters. Also, to help make room for those story elements, some cuts had to happen, such as to various character animations. I’m incredibly glad that Perfect is part of this collection, but more for its historical significance, and less for the playtime I’ll be getting out of it.

Where I instead thought I’d be focusing my playtime with Samurai Shodown NeoGeo Collection was with its online versus modes. Getting even a few of the games online has been a struggle over the years, and the last internet-capable version of Samurai Shodown II I can even remember was the game’s 2008 Xbox Live Arcade release—so having every game in this collection playable over the internet is a huge deal. I’d love to tell you that Digital Eclipse has done a bang-up job with the collection’s netcode, but I’m unable to tell you much of anything about going online with these games. I’ve pushed this review back a few times now in order to try to get more matches under my belt, but in the two weeks that have passed since the collection’s console release, I’ve found a total of five opponents across multiple platforms. Those matches have ranged from good to kinda laggy but mostly playable, though my sample size is too small to draw any real conclusions.

With all of Digital Eclipse’s recent compilations, I’ve had a particular pet peeve. In Street Fighter 30th Anniversary Collection, it was the lack of online for every game. In SNK 40th Anniversary Collection, it was the ridiculousness of screen rotation being unavailable when playing on a television. And now, with Samurai Shodown NeoGeo Collection, it’s that this release desperately needs a better solution for online matchmaking. Even in its most popular chapters, Samurai Shodown is a niche franchise at this point, and spreading that smaller player base across seven games, each with two match types (ranked and casual), means finding opponents can be rough. It’s easy to say that Samurai Shodown NeoGeo Collection would benefit from crossplay and proper lobbies, but I wish we (and Digital Eclipse) could have then dreamt even bigger. Like, say, a lobby browser that shows available opponents across all of the games. Or, even something like what Nintendo came up with for Clubhouse Games: 51 Worldwide Classics, where you can queue up for multiple games at the same time.

Even though I received a digital code for the purpose of doing this review, I’m still going to buy a physical copy of Samurai Shodown NeoGeo Collection. When I consider all factors—the quality of ports, the hope for future compatibility, and the extras that make one version worth owning over another—this feels like the best way to own the entirety of the NeoGeo Samurai Shodown saga. The situation with its online viability is disappointing, but that’s a dream I might have to finally leave behind—while, you know, maybe finally also leaving behind the need to rebuy these same games over and over again. 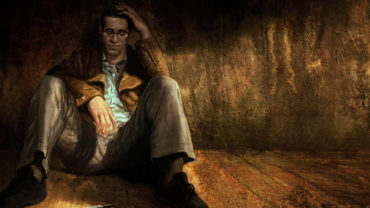