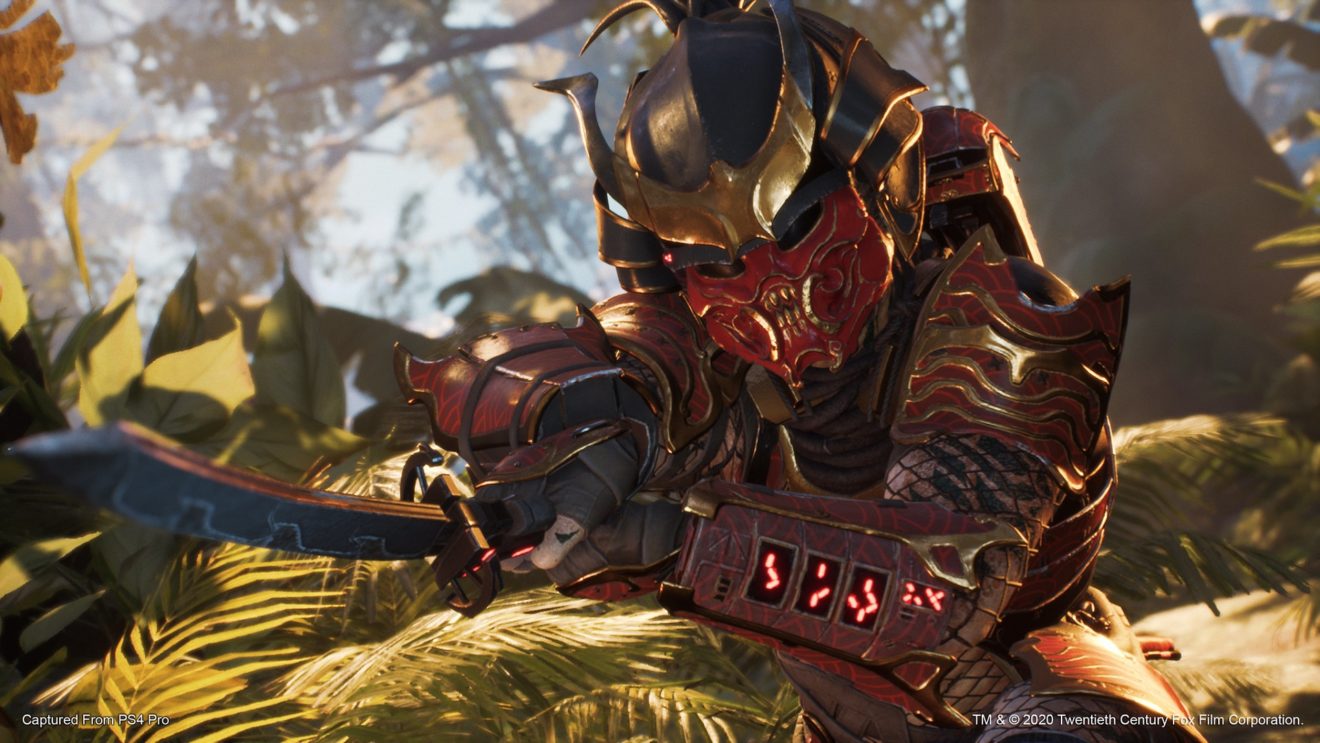 This latest DLC release adds the Samurai Predator as a playable class. In addition to this new class, players will receive 16 armor tints and early access to the Predator Katana weapon for $4.99. The Katana will be available to all players from July 17th.

“This class of Predator comes from an ancient Japanese legend that brings to life the tale of this demon from the sky,” lead designer Jordon Mathewson explained in a PlayStation Blog post. “During the hottest of days when the sun bit the necks of farmers of this island nation, a rushing sound unlike any other echoed across the sky. The Samurai warriors would recognize this omen and don their weaponry to fight the invisible demon. Year after year, the most elite of warriors would fall honorably to this Yautja in a ritual that would last for centuries.”

Joining this DLC is a new update for the game that makes navigating the weapon wheel easier, increases downed crawl speed for the Fireteam, and increases the maximum gear weight of the Scout class. The update also includes a few weapon balance changes, including a reduction in maximum ammo count for the 7EN and SAWZ-50 and a damage reduction for the Alpha Sickle. Read the patch notes here.

Predator: Hunting Grounds is available now on PlayStation 4 and PC