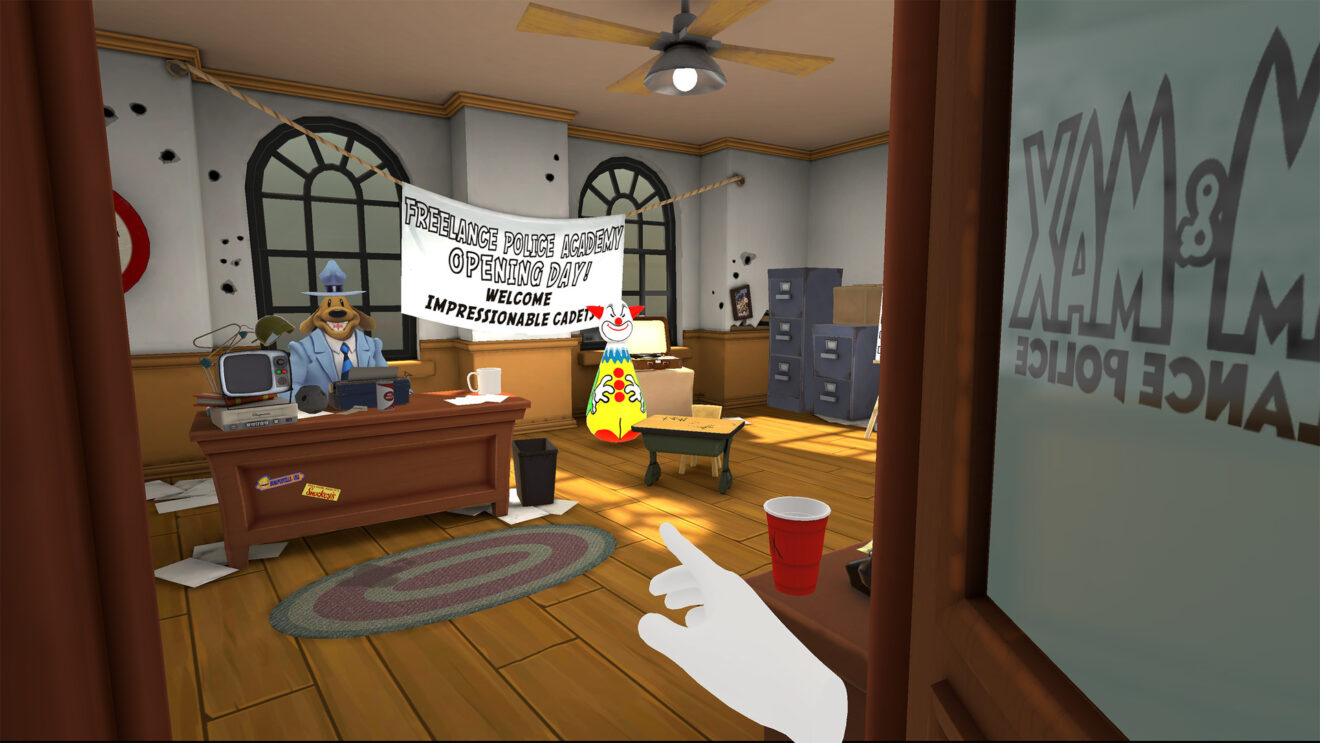 Publisher Big Sugar and developer HappyGiant have revealed that Sam & Max: The Time it’s Virtual is on the way to PlayStation VR on February 23rd.

The game sees players becoming a member of the Freelance Police alongside Sam the dog detective with a hat and Max the hyperkinetic rabbity-thing. Players will accompany the duo on “a furious day of monster-slaying, obstacle courses, responsibly discharged firearms, and, of course, saving the entire freaking world,” according to the publisher.

Watch the latest trailer for the game, which shows off some of the environments, enemies, and puzzles that players will encounter, below: