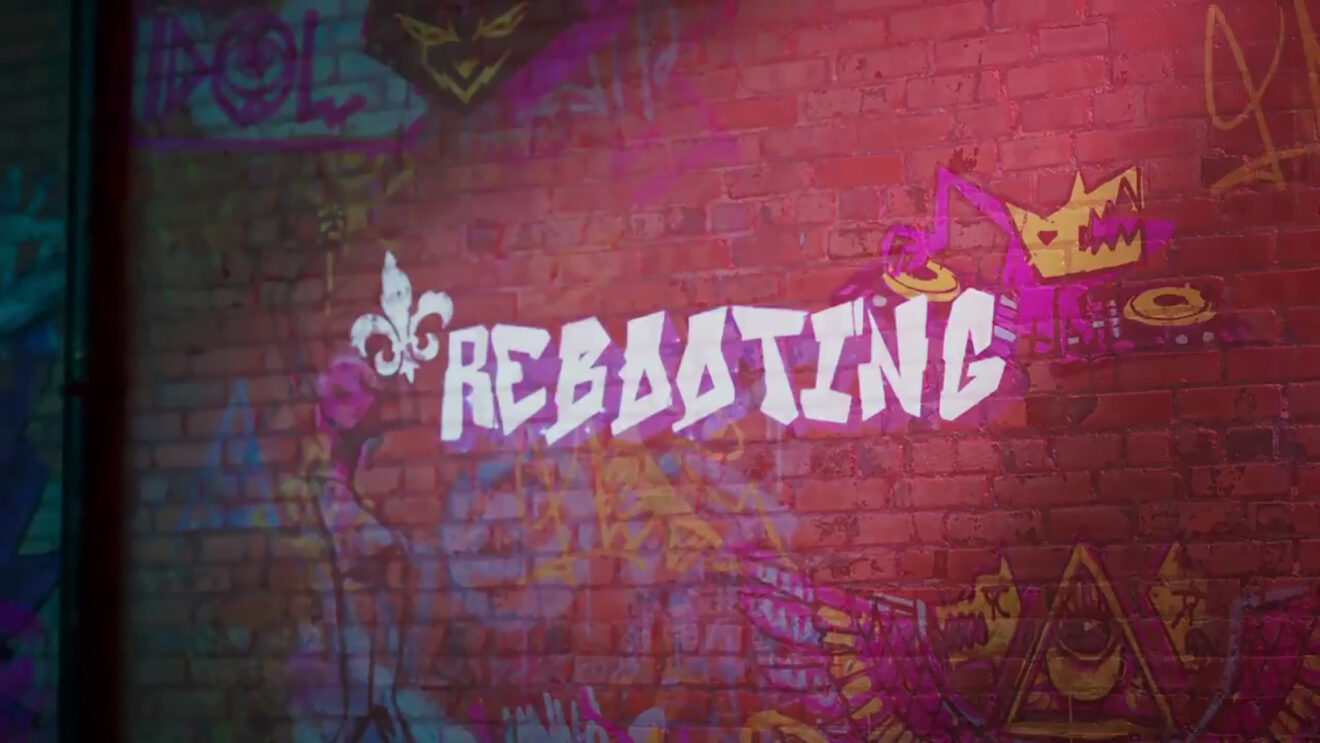 Saints Row fans officially have something big to look forward to next week.

Geoff Keighley, the host and organizer behind Gamescom’s Opening Night Live stream, has posted a tease that clearly points to a new-game reveal for the over-the-top open-world crime series.

Though Keighley’s post doesn’t mention Saints Row by name, there’s not really a lot of room for this to be anything else. The text contains a reference to the “Boss,” the series’ name for its customizable main character, and the accompanying video features a hefty dose of purple—a color closely associated with the Third Street Saints—and a fleur-de-lis, which serves as the gang’s logo.

The fact that the graffiti says “rebooting” is an obvious clue that this new game probably won’t be a direct sequel, but will instead reimagine the franchise in some capacity. Given that the last main game in the series involved aliens, superpowers, and time travel, and its standalone DLC saw the Saints traveling to the literal Christian Hell, that’s hardly a surprise. Where do you go from there, right?

Obviously, we don’t know what platforms this new Saints Row might come to, but in recent years the series has had a footprint just about everywhere: Xbox, PlayStation, Switch, and PC.