Sack it to me.

I’ll admit, I never paid much mind to LittleBigPlanet. For starters, I picked up a PlayStation 3 later in that generation, and while I can appreciate the appeal of user-generated content, I’ve just never really had the patience to make my own—nor to wade through hundreds of bad creations to find something good, for that matter. I do have a vague memory of playing an LBP Vita game and a karting spin-off, but for me it was mostly a series that passed me by.

In one sense, Sackboy: A Big Adventure is perfect for people like me. While it keeps the general gameplay abilities, handcrafted look, and physics-driven nature of LittleBigPlanet intact, it’s essentially a soft reboot that reimagines the game as a more traditional 3D platformer. At least as far as I can tell, there’s no real reference to the story of the previous games (insomuch as they had stories), and the small supporting cast and villain surrounding Sackboy are all new. The result is a charming and approachable platformer with tons of content to offer for players of just about every skill level.

Across six worlds and more than 70 levels, you’ll control Sackboy as he fights to save his home of Craftworld from the evil Vex, a kind of Slenderman meets the Joker meets Oogie Boogie figure who’s bent on spreading an evil force known as the Uproar. There’s really not much to the story here—a mostly silent Sackboy, with the aid of an older Sackwoman named Scarlet, needs to learn what it means to be a hero, basically—but the appeal is the gameplay, and on that front the development team at Sumo Sheffield delivers.

Not only do the levels devise challenges that make great use of Sackboy’s basic suite of abilities—a jump, a Yoshi-style midair flutter, a roll, a grab on the R2 button, and a basic punch—but they also pack in a ton of variety with other gimmicks. The most prominent of these are gadgets you can pick up, like a grappling hook called the Clawstring or a fidget-spinnery boomerang called the Whirtool, that expand these abilities in clever ways, with new obstacles specifically designed around them. While there’s nothing that feels mind-bendingly original, it’s just a lot of solid design work. And the fact that there’s so much of it leads to a constant stream of small, pleasant surprises. This is ultimately a game defined by its generosity.

One particular highlight is the game’s use of music, and specifically of licensed songs. Some of the most memorable levels are designed around and synchronized to pop songs old and new, like “Uptown Funk” by Bruno Mars or “Toxic” by Britney Spears (#freebritney). In these segments, the entire world—enemies, platforms, decorations—dances in rhythm to the song. They’re so charming I almost wish Sumo could build an entire game around the concept. Even in the levels that aren’t centered entirely around music, there are some neat touches. In one underwater level, I made it about halfway through before I realized that the ethereal song playing in the background was actually a choral version of Madonna’s “Material Girl.”

Visually, the game does shine on PlayStation 5, though it’s hardly some kind of technical powerhouse. The big draw here is in the materials. Detailed textures and the almost tilt-shift depth of field of the camera make you feel like you’re navigating a miniature handcrafted environment. Fabric, cardboard, and especially carpet all benefit from the added graphical oomph. The little touches of ray tracing here and there, which allow surfaces to be reflective (or, in the case of orbs, refractive) in entirely realistic ways, also help to sell the illusion. If anything, it’s the more abstract designs, like the cartoonish enemy types that don’t seem to have been crafted from anything in particular, that let down the overall style. Unfortunately, the more tactile elements of the PS5’s DualSense controller—the higher-resolution rumble and the adaptive triggers—are really only used on a perfunctory level. I can’t think of any one memorable implementation.

While you can play the entire game in co-op with up to four players, a handful of levels are also gated off as co-op only, though they’re all optional and set off from the main path of the overworld. These are designed such that players need to work together to bypass obstacles, and the design is just as sharp here as elsewhere. The challenge is a little lower, too, making them more approachable to play with, say, a younger family member. I managed to get through everything with my partner, who only really plays Animal Crossing and the classic Donkey Kong Country games, and we barely even came close to breaking up in the process. (By the way, I tested it, and it is theoretically possible to do at least some of the co-op only levels by yourself with a second controller, but you’re not going to have a fun time swapping back and forth in a panic.)

The multiplayer is, however, also where Sackboy: A Big Adventure is at its least polished, albeit in fairly benign ways. In theory, the game allows players to drop in and out at any time, but for whatever reason, I routinely found that a second player couldn’t actually join the game when prompted. Instead, we had to quit out to the PS5’s home screen and restart completely. It also appears that, in my experience, the second player can’t earn any Trophy progress at all when playing locally, which seems like a mistake. And in another small misstep, online play won’t be available until an update arrives later this year, but the loading screens advertise it as though it’s available now.

Apart from that, the only real gameplay frustrations come from the overly analog nature of the gameplay. Generally, Sackboy is floatier and generally less responsive to control than, say, Mario, but you should adjust quickly, and the level design mostly takes these quirks into account. Occasionally, however, you’ll try to grab onto an object in the environment only to have Sackboy not actually cling on because his arms aren’t in the right place due to some unlucky physics. Or you might find yourself in one of the side-scrolling sections a bit too close to or far from the camera to nab collectibles, which feel a tad bit unfair. But these moments are rare, and they only really have the potential to frustrate if you’re trying to master the game by nabbing every last item, completing each level without dying, or working on some of the tougher optional levels you unlock after the main story.

To be fair, I do admire Sackboy: A Big Adventure for even offering that much room for mastery. While most of the game should be accessible even to younger players, if you’re looking for a more serious platforming challenge, you can pour dozens of hours into maxing out every level: getting a gold rank by collecting enough orbs, finding all the hidden costume pieces and Dreamer Orbs, and completing a run to the end without dying. The last batch of levels you unlock after beating the final boss are a noticeable step up in difficulty that test everything you’ve learned so far—and that’s not to mention The Ripsnorter.

Ultimately, I’m not sure if Sackboy: A Big Adventure will go down as the most memorable title in the PlayStation 5’s lineup. (Indeed, it’s also available on the PS4, though I can’t speak to that version at all.) I’m also skeptical the realignment away from LittleBigPlanet will help Sackboy join the likes of Mario and Sonic as true platforming icons. But there’s no question fans of the genre will find a lot to love here—and plenty of it. 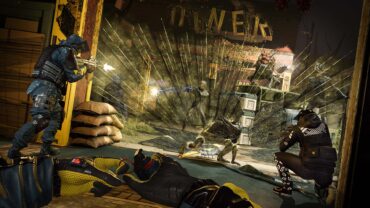 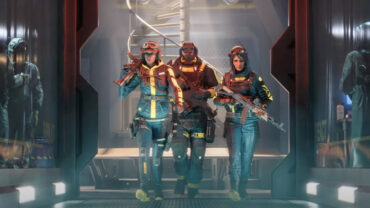