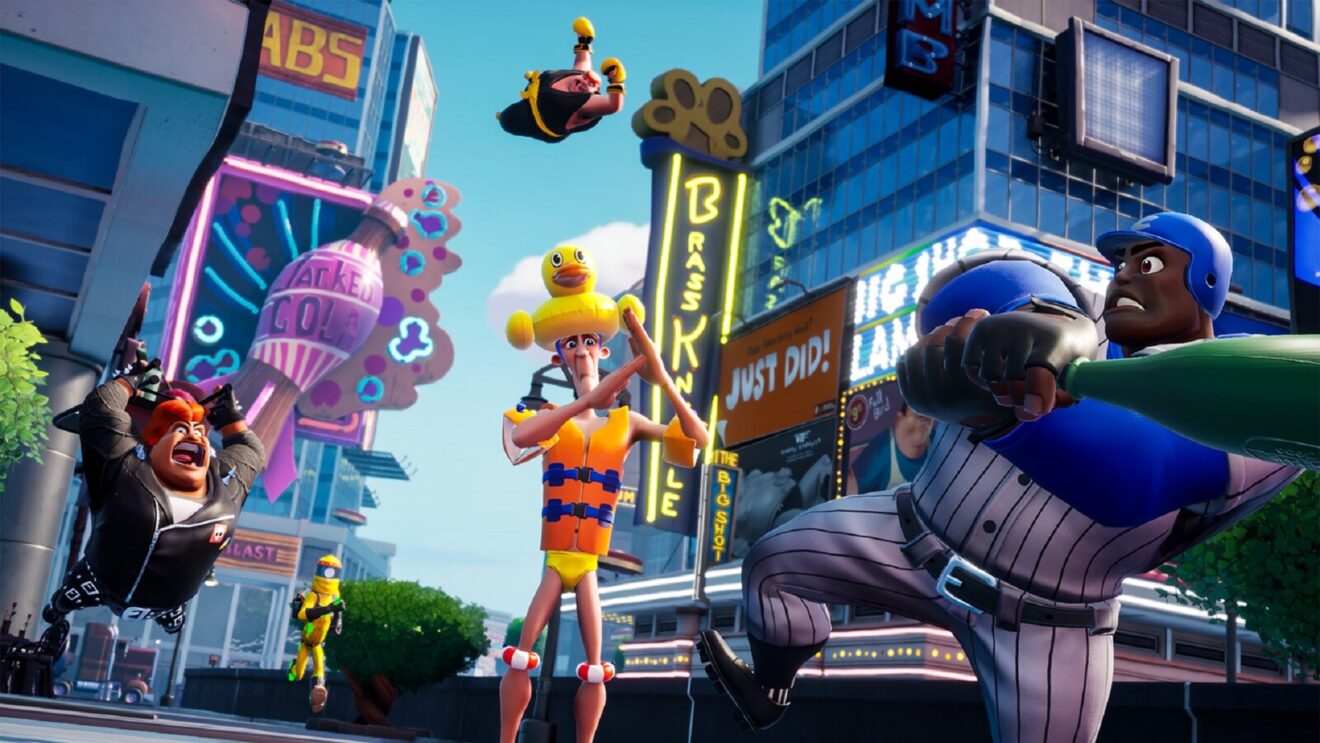 Iron Galaxy has revealed two new modes that will be available in Rumbleverse when the game officially launches tomorrow, August 11th.

Duos Mode mixes things up by throwing in a teammate to share the loot with and protect. Compared to the solo experience, Duos restricts players to only eight slots for stats, reduces Max Health, and removes the Superstar Comeback system.

Players can revive their teammates if they are downed, and after they are eliminated, the surviving player gets a boost to Max Health and Stat Slots.

While Playground Mode opens the map up and lets players get some practice in. Find training modules scattered around the map as well as high-tech robots for some combat practice.

“You can join a Playground server alone or with a friend.  If you bring a friend, you won’t be paired as a team,” community manager Keenan Morales added in a PlayStation Blog post. “This will allow you to fight each other or create your own fun in a multitude of ways.  If you are eliminated while you are in Playground, you can press the Option button to respawn nearby.”

As previously announced, Season 1 of Rumbleverse begins on August 18th. A Battle Pass will be available to purchase for 1,000 Brawla Bills that contains accessories, Title Cards, emotes, and more.

Rumbleverse is scheduled to go live on August 11th for PlayStation 5, Xbox Series X/S, PlayStation 4, Xbox One, and PC.