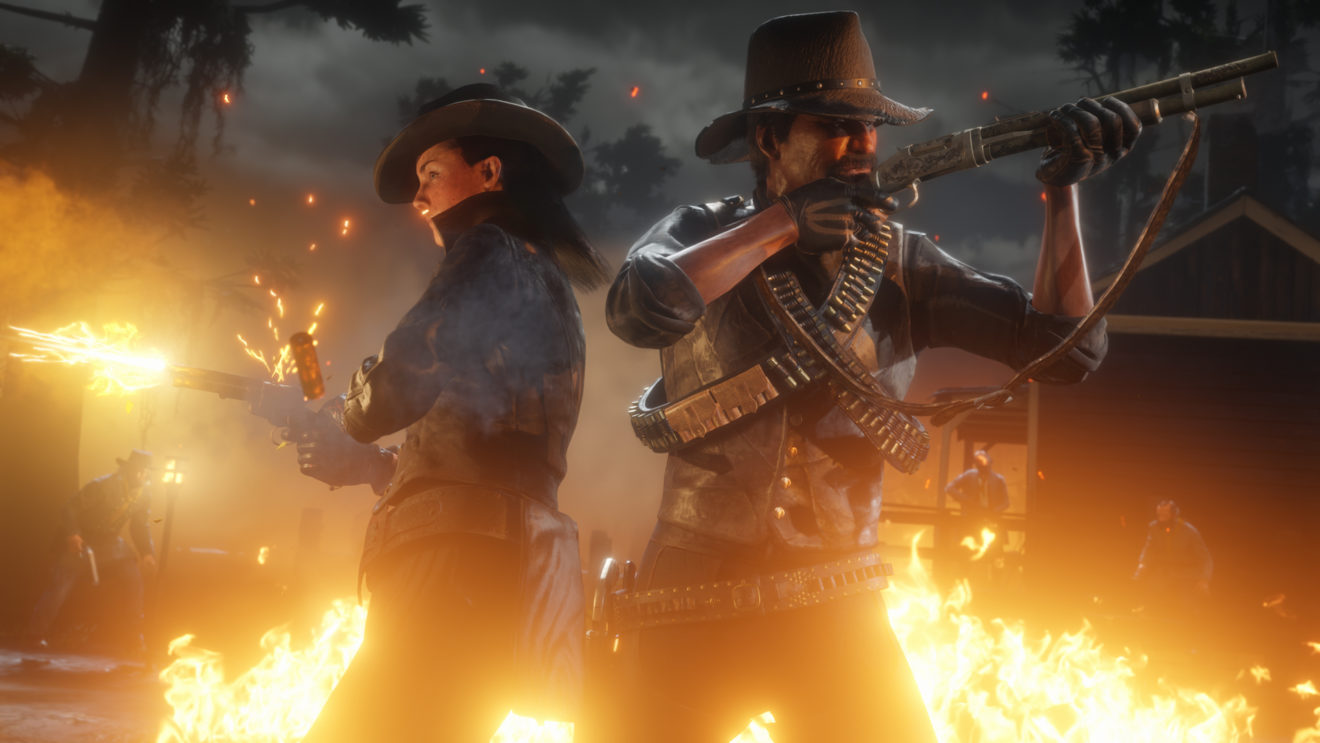 Rockstar is thanking players for a record-breaking holiday season in Grand Theft Auto Online and Red Dead Online by offering players of both games some big bonuses.

“We’d like to thank our entire community and all the incredible players we have in both games for another record-breaking holiday season for both Grand Theft Auto Online and Red Dead Online,” the developer wrote. “Everyone from the Heist crews, stunters and racers in GTA Online to the Moonshiners, Bounty Hunters, Traders and Collectors of Red Dead Online – along with all the players happy to wander, explore and create their own adventures in both worlds – we thank you for helping to build some of the best gaming communities around.”

While Red Dead Online players can get the Gunslinger’s Cache between January 28th and February 3rd that contains:

In addition to the cache, the Bounty Hunter’s Kit will be available from February 4th until February 10th that offers a Free Bounty Hunter license, 25 Bolas, and 25 Tracking Arrows.