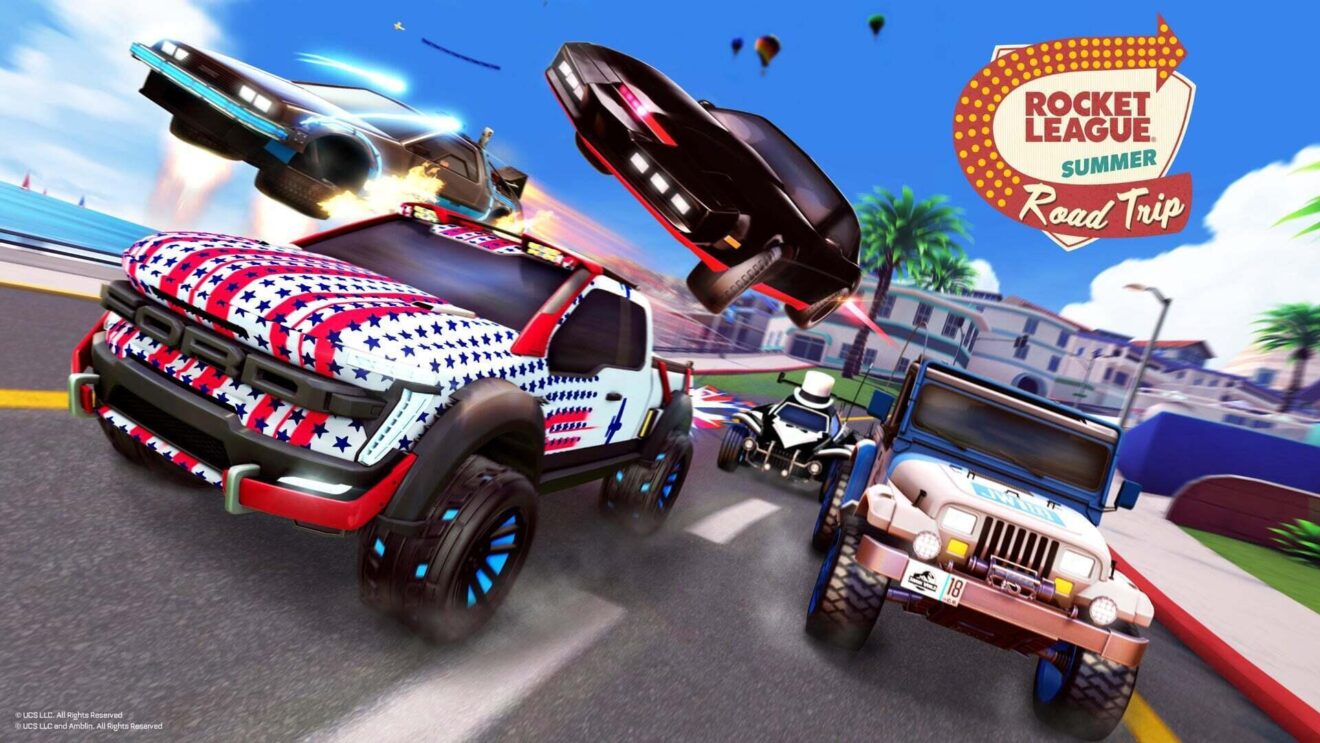 Psyonix has announced that some of Rocket League‘s crossover cars will be returning to the Item Shop next month as part of the Summer Road Trip event.

The event begins on July 1st with the return of the Ford F-150, Heatseeker 2v2, and some double XP. The Ford F-150 is part of the Red, White, and Boom Bundle and contains the Battle-Car, decals, a Boost, banners, and wheels.

Following this will be a special Summer Formal Bundle, which will only be in the Item Shop on July 7th to celebrate Rocket League‘s sixth anniversary. This bundle contains the Octane Fancy Formal Decal, the Formal Fitter Topper, Formal Four-Fours Wheels, and Fancy Ferrule Antenna.

Finally, the Jurassic World Bundle, Jurassic Jeep Wrangler, and T.Rex Goal Explosion will be back from July 22nd through July 28th.