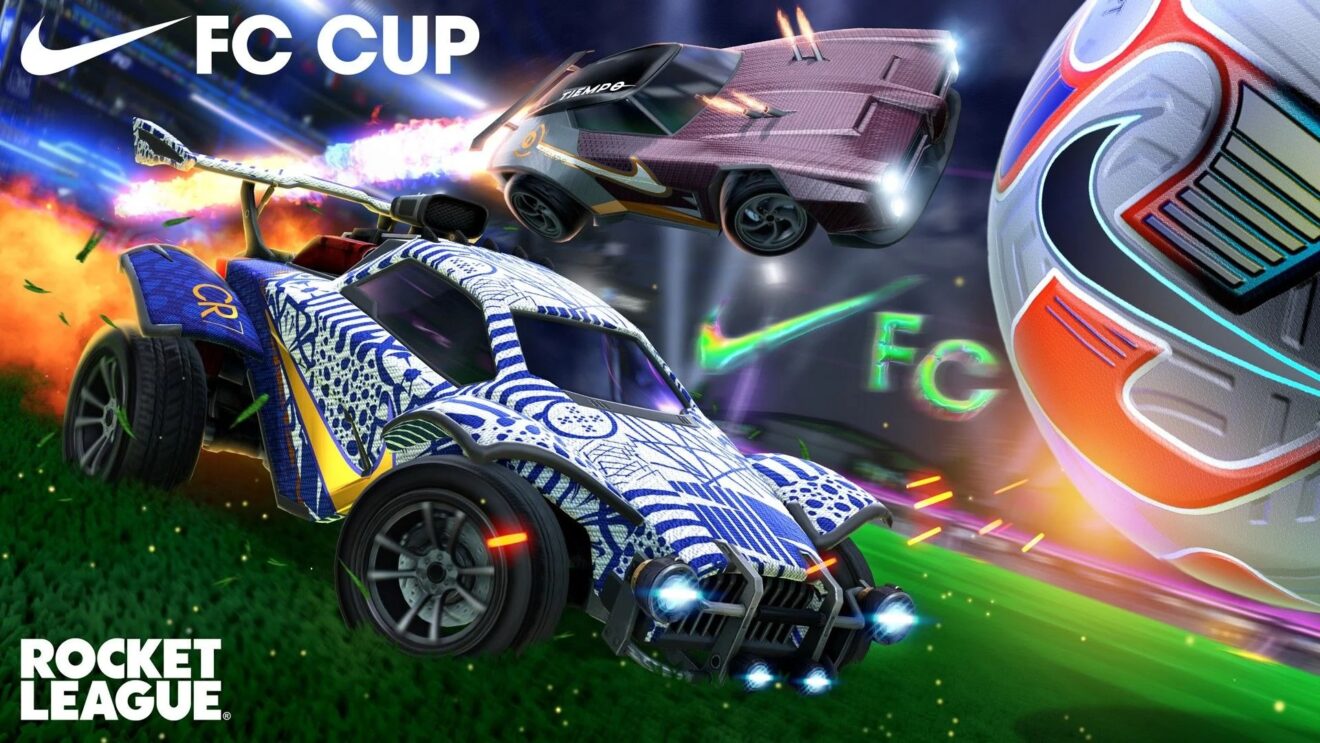 Psyonix is getting into the World Cup spirit with the Nike FC Cup limited-time event.

Starting November 17th, players can represent their country in Fan Clash: Nike FC Cup and earn rewards. Sign up for the event, choose a team, and then play Rocket League matches to earn points. Every goal, save, and assist adds points to the team’s global total, with rewards being handed out based on each team’s placement on the leaderboard.

In addition to the above, from November 17th, players can purchase the Nike Next Generation Pack for 1,100 Credits, which contains the Nike Phantom GT – Copper, Nike Tiempo – Copper, and the Nike Air Zoom Mercurial – Copper decals as well as the Nike FC 2022 Goal Explosion.

Completing the first half of the event is a number of challenges that reward more than 40 decals based on various countries.

Then, on November 30th, the second half of the event begins. In the second part, players can jump into the Nike FC Showdown. This 4v4 mode features a “newly designed Ball” that “will curve and cut through the air depending on how you hit it, with a higher max speed and low bounce settings.”

Also available in the second half are the Nike Mercurial – R9 Octane Decal and Nike FC Pack.