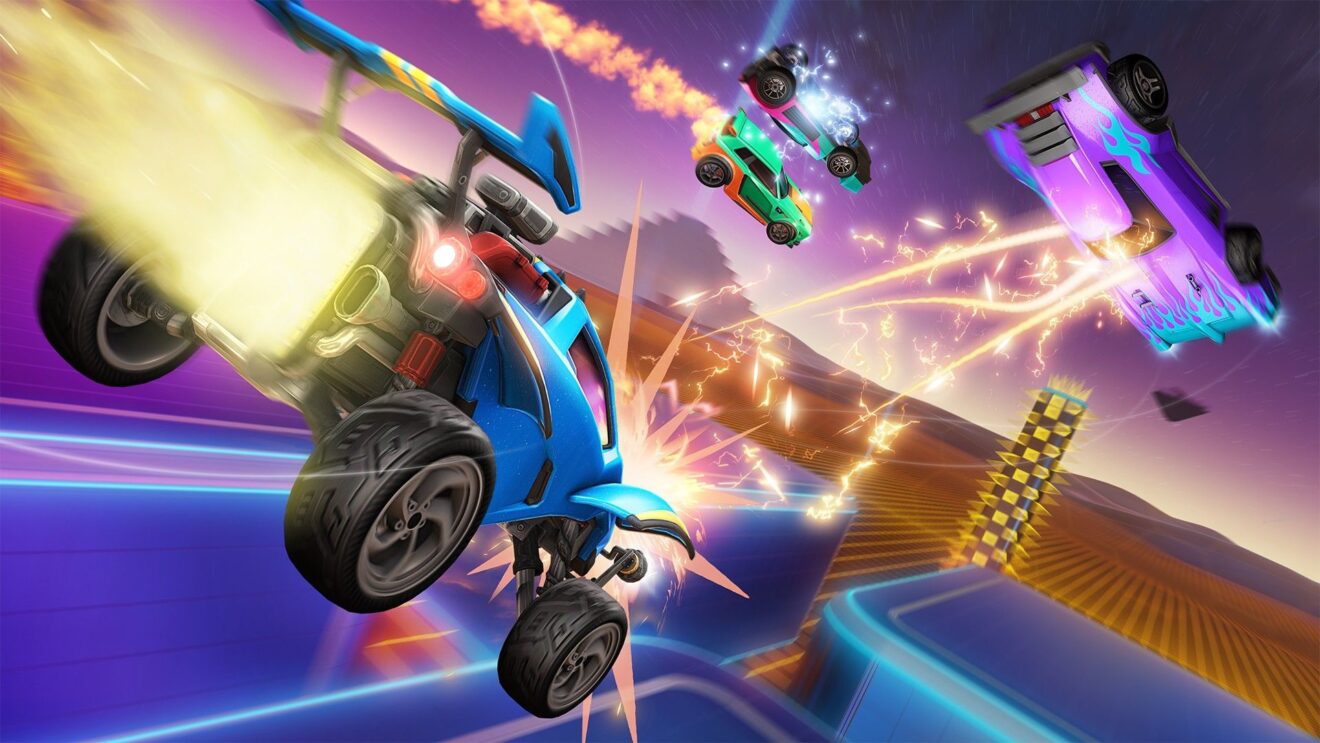 The highlight of the event is the new Knockout limited-time mode. In it, eight players must battle to knock each other off the platform and be the last one standing. Unlike other modes, there are no balls or goals, with players being granted access to new moves such as Attack, Block, Grab, and more instead.

The action takes place in the new Quadron, Carbon, and Calavera Arenas, with each featuring several hazards and a translucent dome known as the Safezone surrounding them. Players knocked out of the Safezone are given 10 seconds to return before being KO’d. Each player has three lives and the Safezone will shrink as the match continues.

In addition to the new mode, players can complete a series of challenges that will reward spring-themed Items like the Florescence Wheels, Monarch Boost, and Flutterby Decal.

Finally, throughout the event, players can earn Golden Gift Baskets, which contain a mix of classic Items from the Victory, Accelerator, and Turbo Item Series.

Knockout Bash runs from April 27th through May 10th on PlayStation, Xbox, Nintendo Switch, and PC.