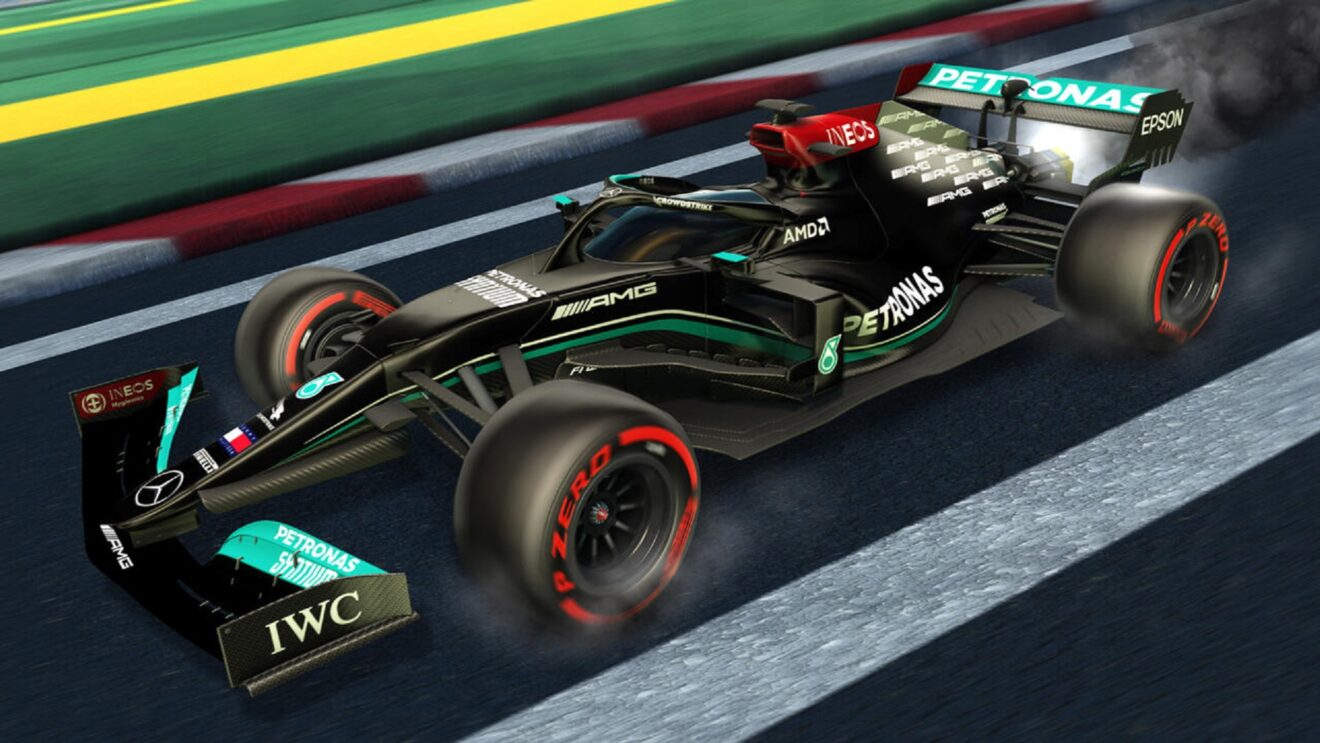 The DLC includes the Formula 1 Battle-Car which features a Dominus hitbox, Pirelli Wheels, and decals based on the ten teams racing in the Formula 1 2021 season. Players can pick up the Formula 1 Fan Pack from the in-game store for 2,000 Credits.

Psyonix notes that the items in the bundle can only be equipped to the Formula 1 car and that the car “cannot be customized with all item types.”

In addition to the DLC, all players will be able to claim the Formula 1 Player Banner for free from the Item Shop starting May 20th.

Both the Formula 1 Fan Pack and free Formula 1 Player Banner will only be available until May 26th. However, both items will return throughout the year “to coincide with major Formula 1 events,” according to the developer.