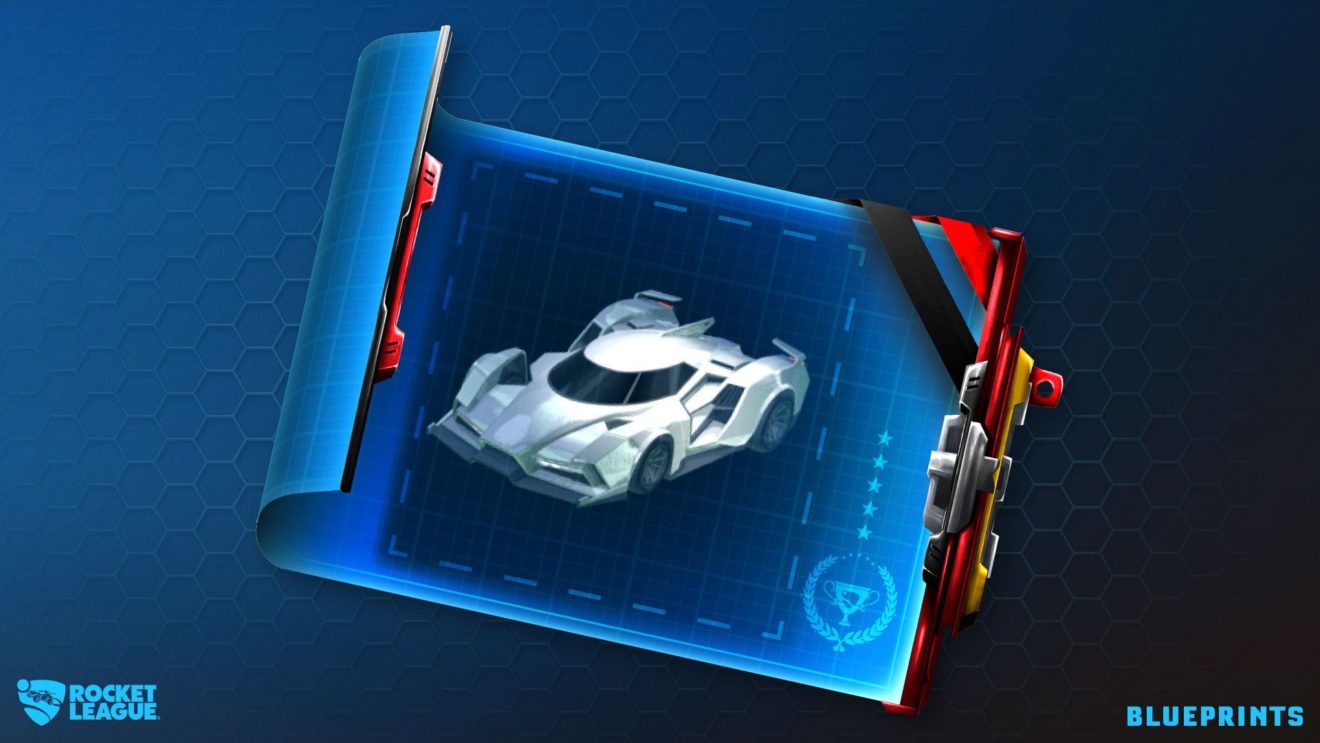 The update will massively overhaul how players earn items with the introduction of the Blueprint system and the Item Shop.

Blueprints replace the game’s random crate system and have a chance to drop at the end of online matches. A Blueprint features a specific item that players can choose to craft in exchange for a new currency called Credits. Credits can either be earned via Rocket Pass Premium or purchased with real money.

Following the update’s release, all crates will be converted into Blueprints and all Keys will be exchanged for 100 Credits.

The second big addition is the Item Shop. This new feature replaces the Showroom and allows players to directly purchase painted cars, goal explosions, wheels, and more for Credits. However, the removal of the Showroom does mean that all of the game’s premium DLC will be pulled from sale, so if you want anything now, be sure to purchase it before the update. The developer did note that premium DLC items may return to the Item Shop as individual purchases in the future.

Finally, the December update kicks off Competitive Season 13 and Rocket Pass 5. More details about the upcoming pass will be shared next week.