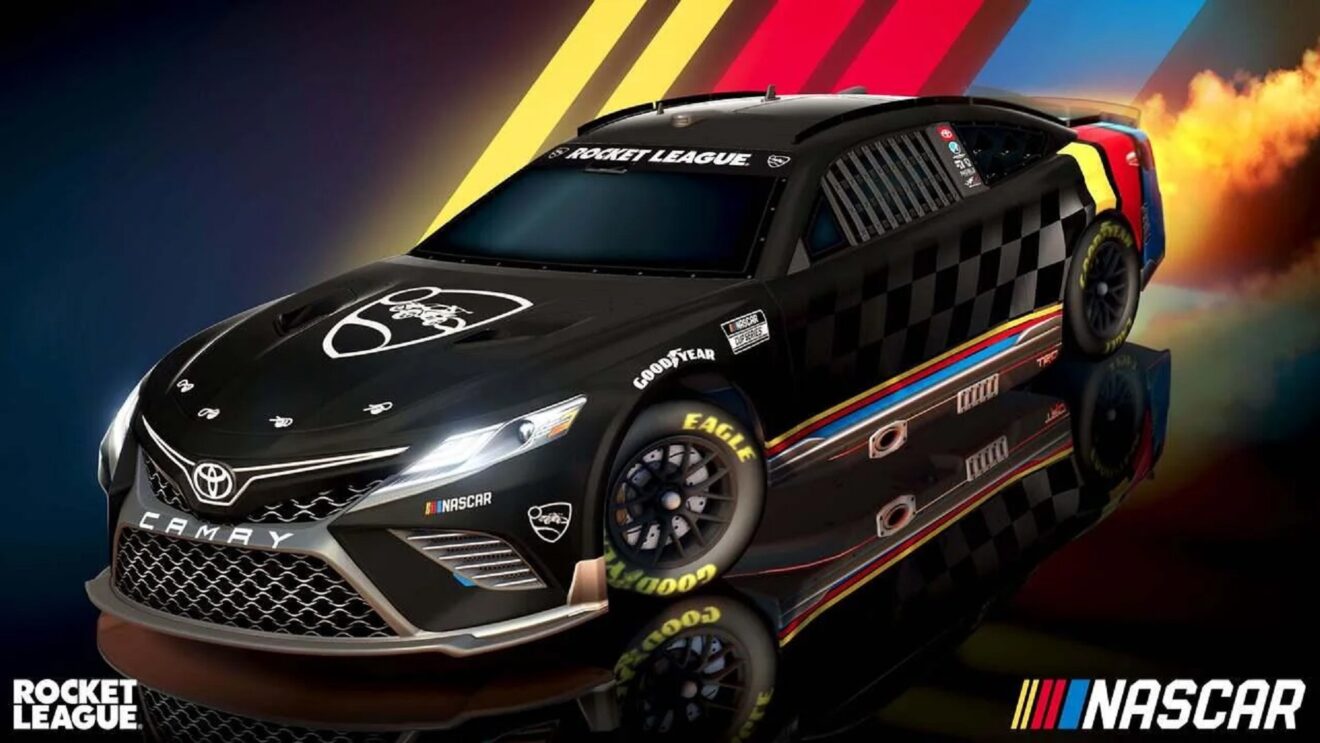 Psyonix has announced a new version of the NASCAR Fan Pass for Rocket League.

The 2022 NASCAR Fan Pass will be available in-game from April 20th for 1,100 Credits and contains the NASCAR Next Gen Ford Mustang, NASCAR Next Gen Chevrolet Camaro, and NASCAR Next Gen Toyota Camry cars, which each have a Dominus hitbox. Additionally, players will receive team decals and matching player banners for nine teams. Take a look at the full list of included items below:

That’s not all though, as NASCAR Fan Pass owners will be getting two more content drops later this year. This summer, players can expect NASCAR Next Gen promotional Decals, while the fall drop includes NASCAR-inspired Decals for Octane, Fennec, and Dominus.

The 2022 NASCAR Fan Pack will only be available until April 26th on PlayStation, Xbox, Nintendo Switch, and PC.