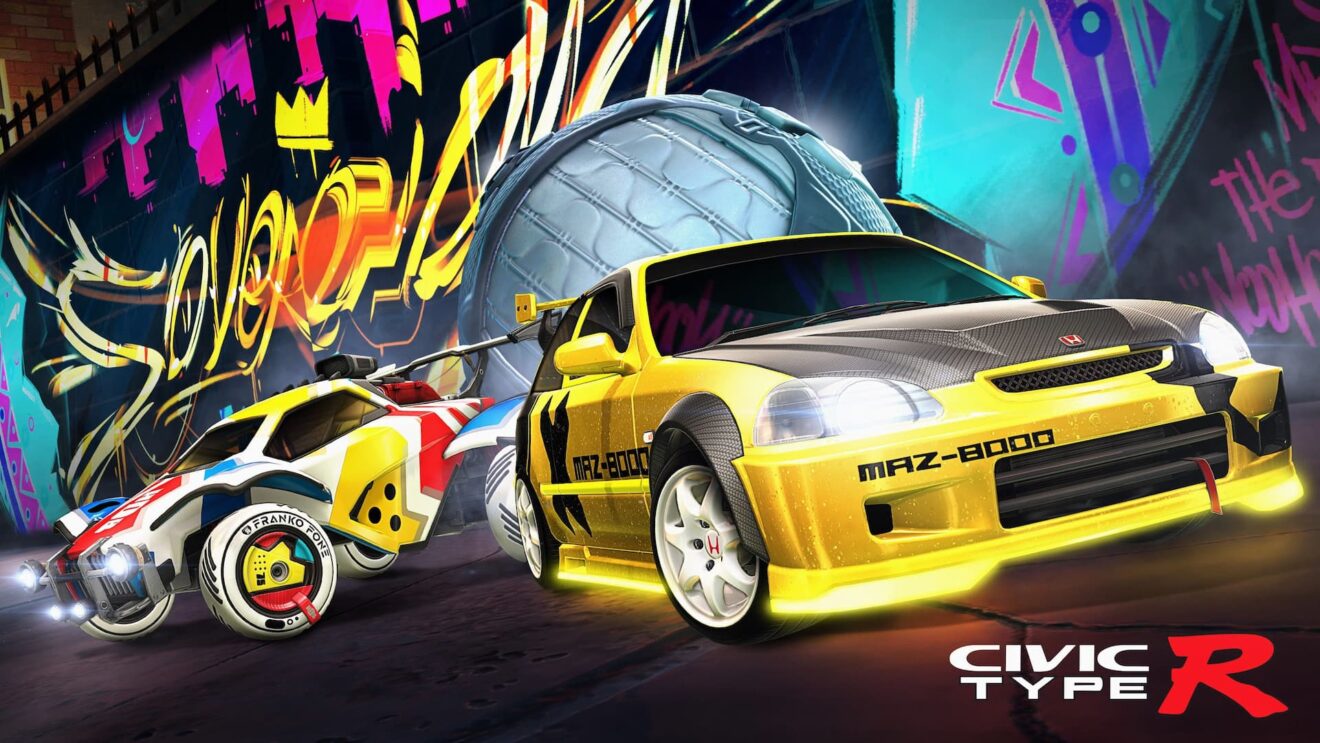 Psyonix has unveiled Rocket League Season 8 in a new trailer that shows off the Honda Civic R, the new Sovereign Heights arena, and items from a “gritty” new Rocket Pass.

The Honda Civic Type R comes with the Premium Rocket Pass, and it’s the first “IRL car” to do so. Leveling up the pass will also net you the upgraded Honda Civic Type R-LE, as well as undercarriage lighting with its painted versions. Best of all, both cars sport the Octane’s hitbox.

You can bring your shiny new Civic to the new bustling urban arena, Soverign Heights. Psyonix plans to release a new Hoops court later this season, too.

The trailer also shows off some of the Rocket Pass’ other graffiti- and streetwear-inspired rewards like the Sprattle Boost and the Franko Fone wheels.