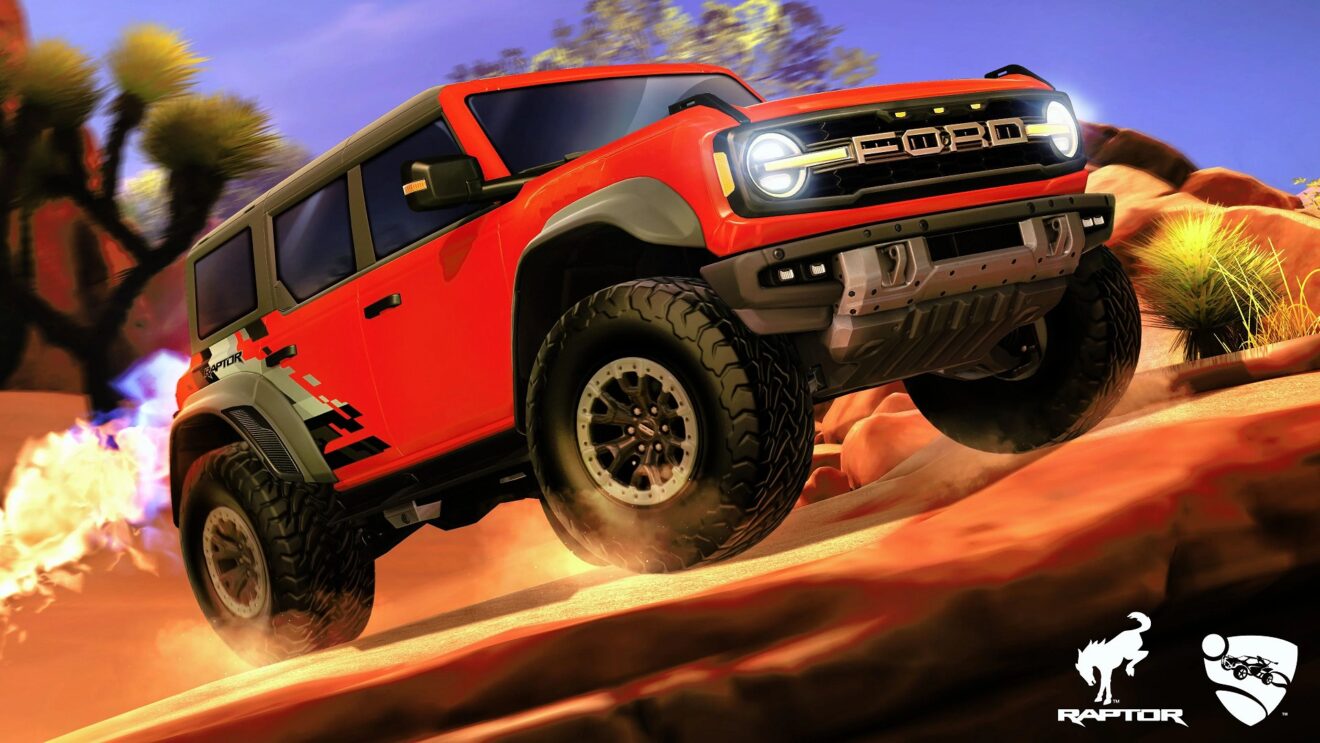 Psyonix and Ford are continuing their partnership with the introduction of the Ford Bronco Raptor to Rocket League.

The Ford Bronco Raptor RLE Bundle will only be in the shop until August 16th.

Psyonix also announced that a third iteration of the Ford + Rocket League Freestyle Invitational will be taking place today, August 3rd, at 11 a.m. PT. 12 of the best Rocket League freestylers in North America will be competing for a share of a $100,000 prize pool.