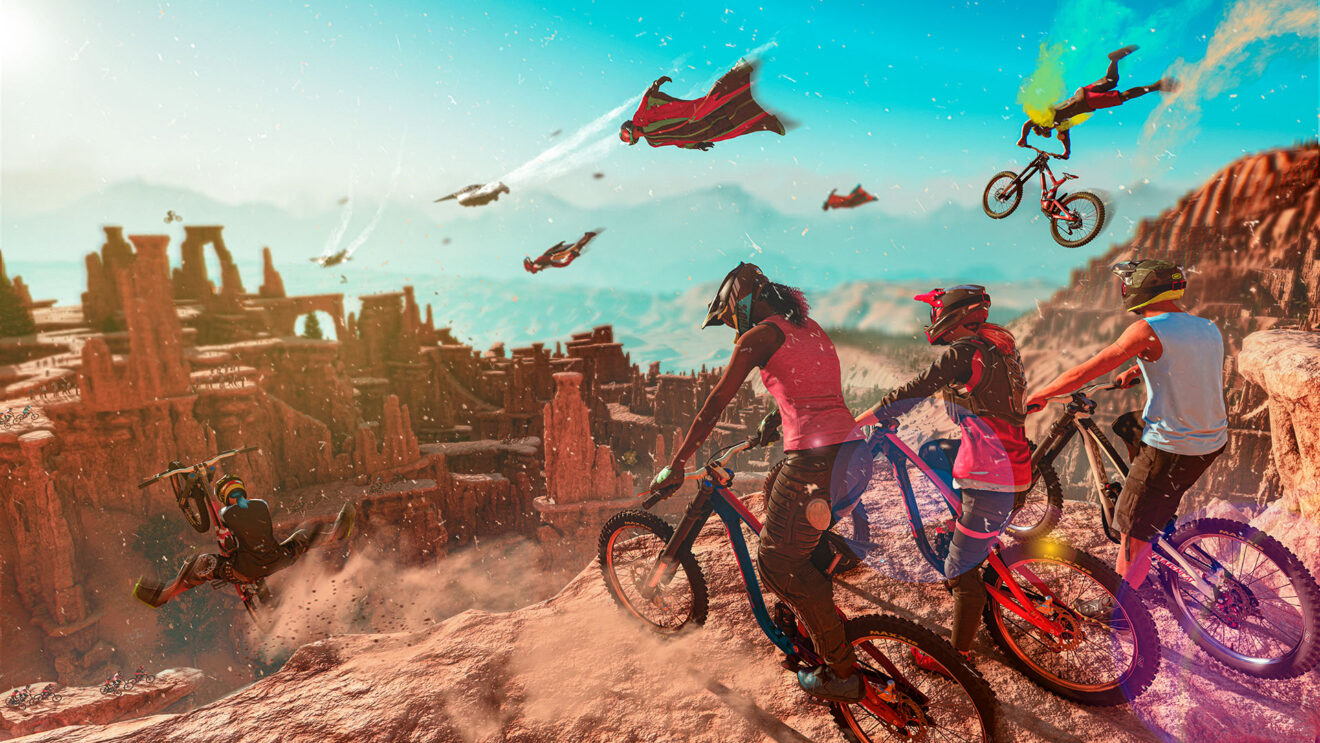 Ubisoft has outlined the new content coming to Rider’s Republic during its first year.

Over the course of the year, Ubisoft will deliver four seasons of content starting with a pre-season event called The Grand Opening. During the pre-season, all players will be able to take part in multiplayer modes, Mass Races, and Trick Battles, and unlock exclusive rewards through weekly challenges. While Year One Pass owners get the first two of eight planned Exotic Kits: Rocket Bike and Rocket Skis. Non-pass owners can try out these kits through live activities.

Following this will be Season One, which is titled Winter Bash. This season includes limited-time events with special activities and exclusive rewards, as well as a season progression system filled with unlocks and a new limited-time multiplayer experience. Additionally, Year One Pass owners get an exclusive Cosmetic Bundle.

Finally, Season 3, adds the BMX as a new ride with arenas and modes to go with it. Year One Pass owners also get a new career with new sponsors and events, as well as another exclusive Cosmetic Bundle.