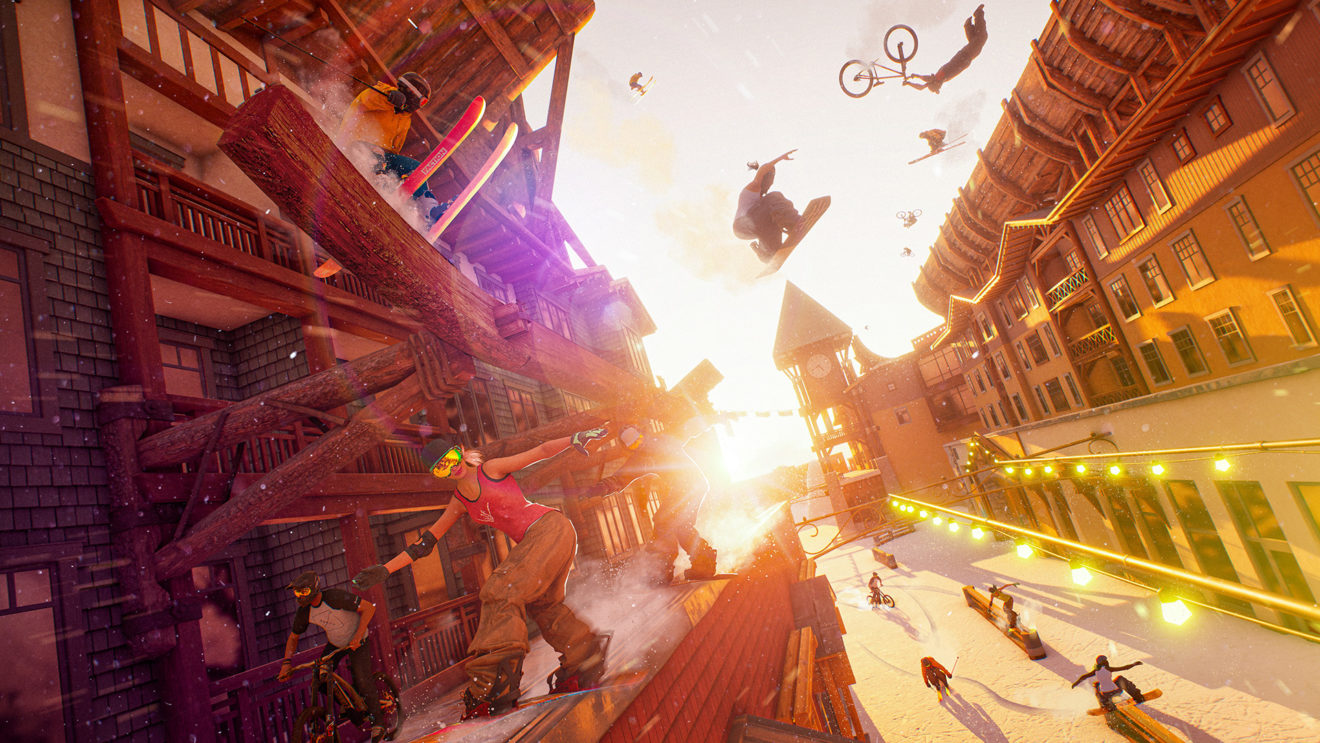 Ubisoft has dated its multiplayer extreme sports game Riders Republic during its E3 Ubisoft Forward stream, alongside a new deep dive trailer. It’ll be out on September 2nd, 2021.

While we already knew a lot of the details around the game—an interdisciplinary, open-world title in the vein of Steep—this is our most detailed look yet at the world.

We also learned a few new details about gameplay, like the hub area—Riders Ridge—where you’ll be able to mingle with other players, practice tricks, share your creations, and more.

Equally exciting are the glimpses of the different regions inspired by National Parks and other areas. The trailer shows King’s Canyon, Mammoth Mountain, and Zion, to name a few, and they all look stunning.

One more neat detail: You’ll be able to race in a virtual version of the Red Bull Joyride, the biggest event in slope-style mountain biking. (The Red Bull partnership is another thing that carries over from Steep, making it curious Ubisoft has ditched the branding.)

Josh Harmon
Josh picked up a controller when he was 3 years old and hasn’t looked back since. This has made him particularly vulnerable to attacks from behind. He fell in love with EGM during the Dan Hsu era, so joining the magazine as an intern way back in 2012 felt like a dream come true. Now, as Editorial Director, he’s excited to lead EGM somewhere new.
Share
Post tagsRiders Republic