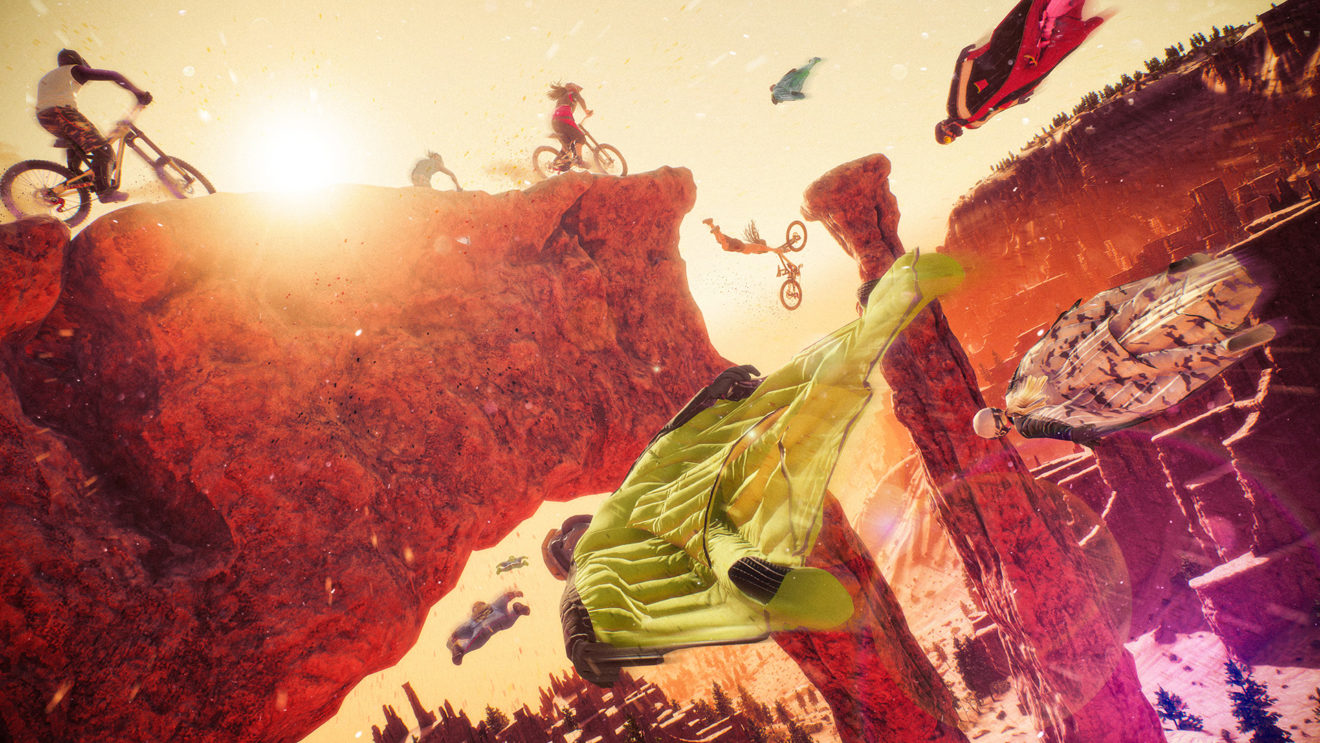 Riders Republic looks like a bonkers spiritual successor to Steep

As shown in the cinematic trailer above and gameplay overview below, Riders Republic places an emphasis on racing and tricking your way through environments alongside dozens of other players. Ubisoft has announced five disciplines so far—mountain bike, ski, snowboard, wingsuit, and rocket wingsuit—though there also appear to be events focused on using parachutes.

The environments run the gamut from snowy mountain peaks to deserts, with areas based on GPS data from real-world locations. The map includes digital versions of six U.S. National Parks—Bryce Canyon, Yosemite, Sequoia, Zion, Canyonlands, and Grand Teton—and one ski resort, Mammoth Mountain, which is a little odd. All the locations have been scrunched together and connected into a single open world.

If some of this looks reminiscent of Ubisoft’s 2016 Steep, that’s probably for good reason. Riders Republic, like the earlier open-world winter sports game, is a product of Ubisoft Annecy. Given the similar lineup of sports and silly costumes, it’s difficult not to see Riders Republic as a spiritual successor of sorts—a second crack at some of the same concepts. Still, the focus on large-scale multiplayer and the more diverse environments are a major change.

In a press release accompanying the announcement, Ubisoft shared a few more details about what sets Riders Republic apart—namely, its multiplayer options: