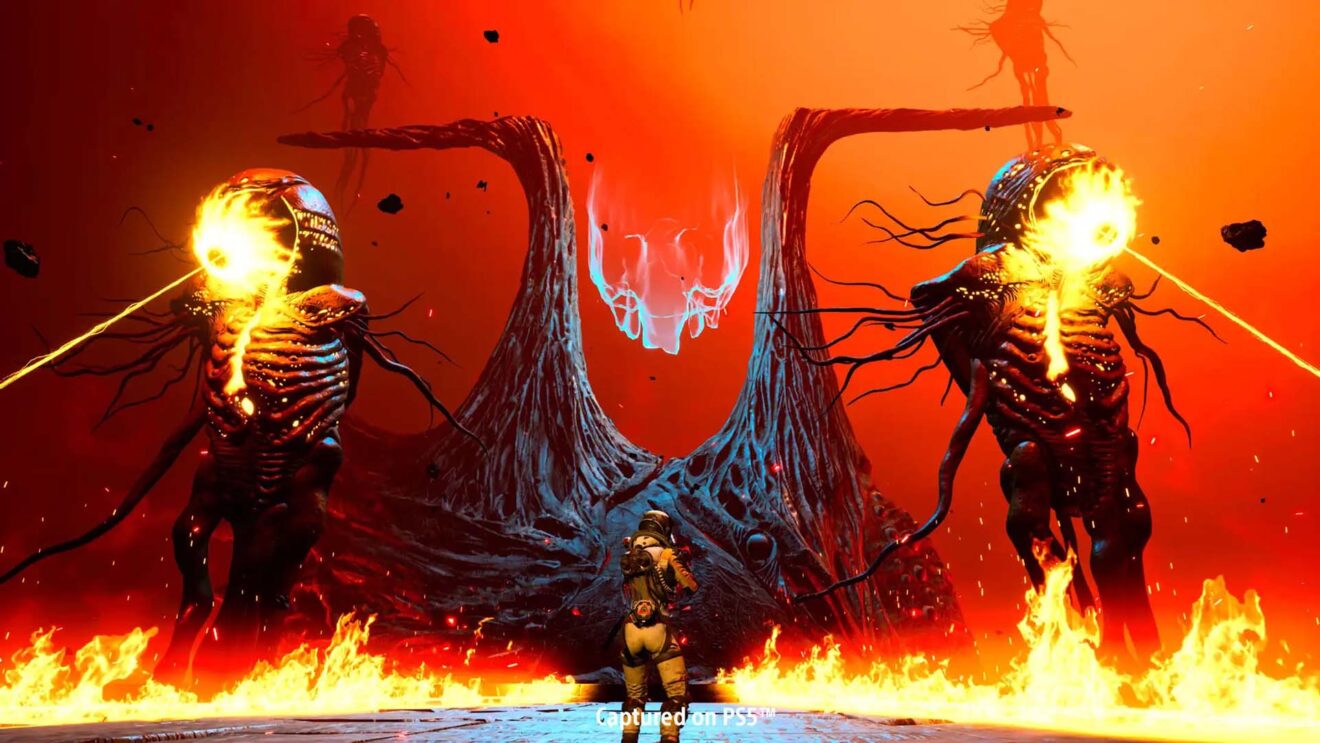 In a new PlayStation Blog post, Housemarque has detailed the newly released 2.0 update for Returnal, revealing what improvements the studio has made to its bullet hell roguelike shooter. And good news for patient fans: A save-and-quit feature is among them.

Called “Suspend Cycle,” the new feature allows you to save your run midway through to quit out. You’ll only be able to access this save file once to resume, at which point it’ll be gone forever. The much requested feature is designed to allow players to take a break midway through a run to play another game. Previously, you could only pause the action by putting the console into rest mode, which meant you’d need to get right back into Returnal when you boot up again or lose your progress.

There are a few restrictions on how and when you can use Suspend Cycle, however. According to game director Harry Krueger, you can’t suspend “during Boss battles, cinematics, first-person sequences or during intense combat scenarios—as we felt there are certain moments in Returnal that are best experienced unfragmented to preserve the intended challenge and flow.”

The other major addition in this patch is another highly requested feature: Photo Mode. You’ll be able to pull it up at any time outside of first-person sequences, and then move the camera freely to capture a screenshot. You’ll have access to the standard set of lighting, filter, and frame options to customize your pic.

Returnal is available exclusively on PlayStation 5. For more on the game, check out EGM’s review.