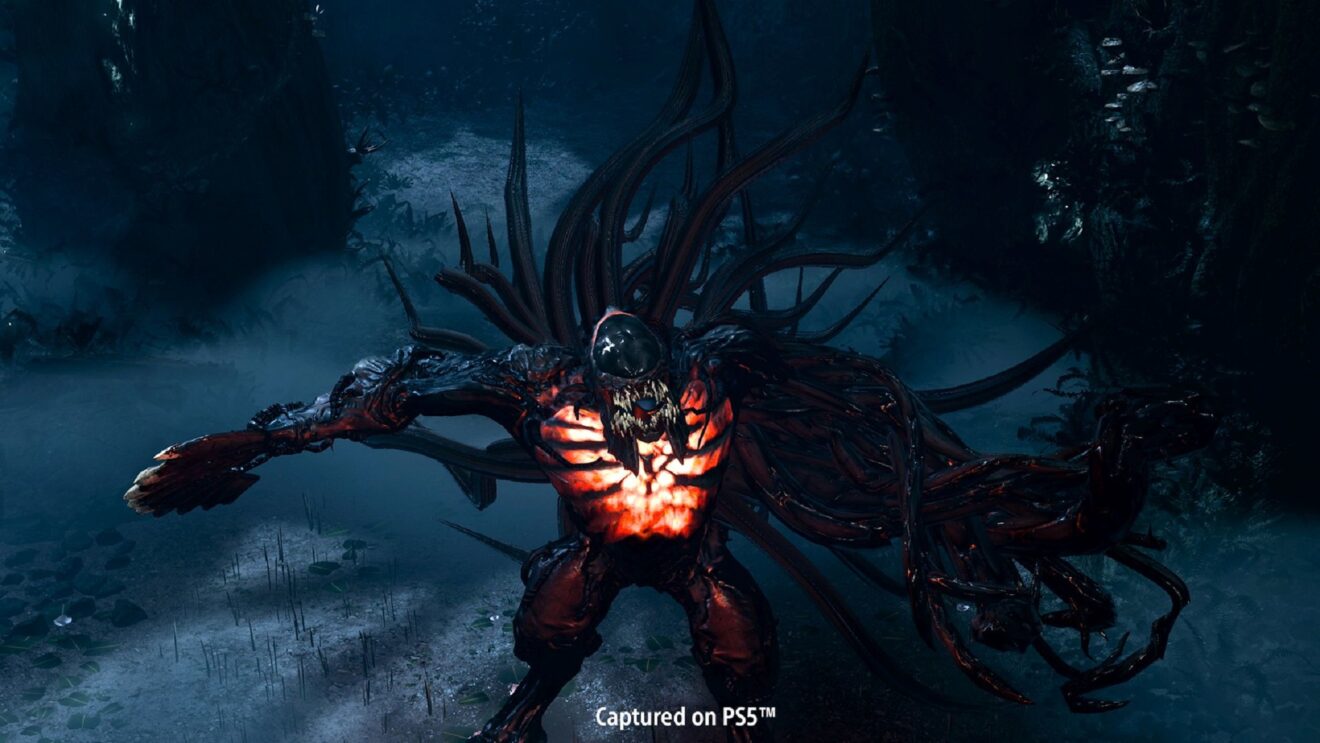 The latest trailer for Housemarque’s Returnal puts the focus on the creatures that will be trying to kill players while on Atropos.

“The planet of Atropos is a dark and mysterious place, and each environment will provide its own unique set of enemies to overcome: from the organic and parasitic creatures inhabiting the Overgrown Ruins, to the cosmic or corrupted entities roaming the sands of the Crimson Wastes, and the mechanical automatons that endlessly patrol the haunting Derelict Citadel,” creative director Harry Krueger wrote in a PlayStation Blog post.

“Players will encounter a large variety of different foes, which aside from their unique aesthetics will also provide their own unique gameplay flavor and special attacks.”

In the trailer below we are introduced to the Mycomorph, which can shoot spores that slow down its target, and the Titanops, which moves fast using lunges and jumping to get in range with its bladed limb. We also get a brief look at the mysterious Ixion and Infected Scout.

The game follows Selene, an ASTRA scout who crash lands on the planet of Atropos and finds herself trapped in a time loop.