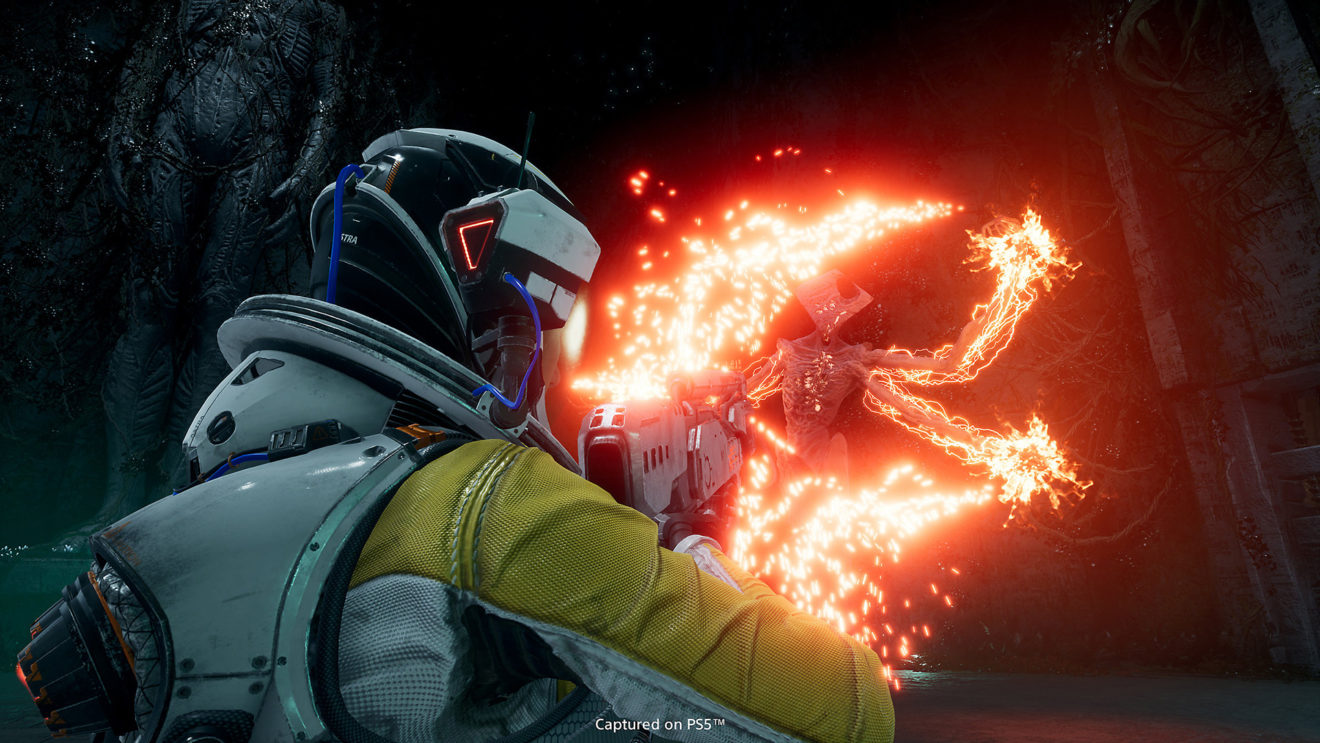 The footage comes via the third episode of the studio’s HouseCast series, each focused on a different element of Returnal. This time, the emphasis is on action.

While there are plenty of shots of never-before-seen gameplay, much of the new info in the 9-minute video comes by way of a developer interview that sheds light on how the studio is pivoting from side-scrolling and top-down action games to a fully 3D shooter.

“With Returnal, of course, we are trying to be really bold and ambitious and explore entirely new things that we haven’t done before, but at the same time we are being mindful of sticking to our strengths,” said game director Harry Krueger. He went on to explain that Housemarque sees Returnal as a chance to translate its knowledge of bullet-hell arcade shooters to a “more triple-A package, or to a third-person perspective.”

The biggest change, according to Krueger, is the addition of a third dimension. Players will be able to make use of the verticality by jumping, climbing over ledges, and using a hookshot-style tool. All of this gives the gameplay what Krueger calls “a large amount of kinetic energy.”

The video also dives into how Returnal will make use of the DualSense controller’s special features. Most notably, the game will use the pad’s adaptive triggers to place two different functions on a single trigger. Pull back L2 halfway, and you’ll get a slightly zoomed in perspective for aiming. But push through the resistance and hold it down all the way, and you’ll enter a weapon’s alt-fire mode.

If that doesn’t sound up your alley, though, Returnal will also have fully customizable controls, allowing you to set up your own scheme, Krueger said.

Returnal follows Selene, a space pilot trapped in a time loop on an alien world. Each time she dies, the planet reconfigures itself, offering new challenges.

The game launches exclusively on PlayStation 5 on March 19th.