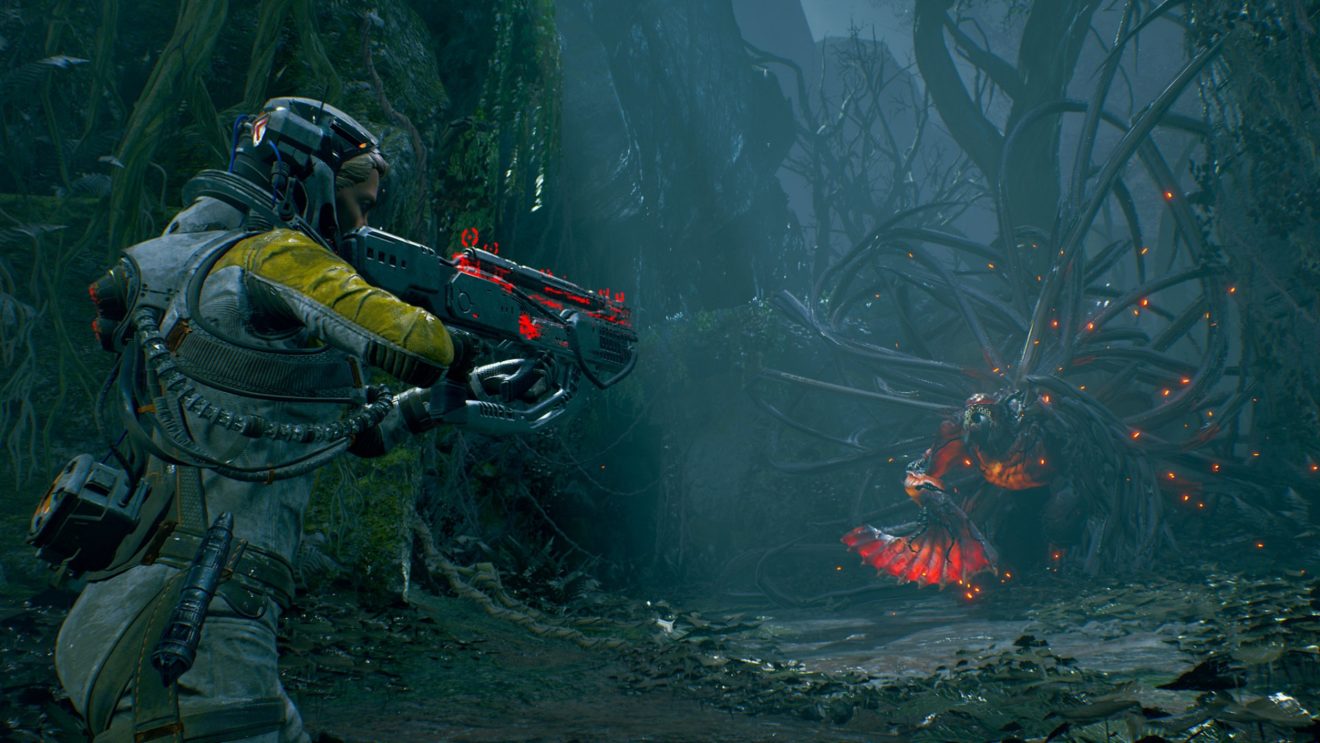 Returnal gets a release date and new gameplay trailer

Housemarque has revealed that its upcoming game Returnal will arrive on PlayStation 5 on March 19th, 2021.

The game puts players in control of Selene, an Astra space scout who finds herself trapped in a loop of endless resurrection on a hostile planet. Players will have to continuously fight monsters while they explore the planet and search for a way to break the cycle. Watch the latest gameplay trailer below:

The developer also revealed that the game will make use of the DualSense’s Adaptive Triggers. By squeezing the trigger halfway, players can aim down the weapon’s iron sights, while squeezing it all the way down activates the weapon’s Alt-Fire mode. This allows players to seamlessly switch between modes with just a single trigger.

“Players should also be prepared to be haunted by the extremely realistic 3D audio capabilities of PS5 with compatible headphones. In Returnal we have taken audio immersion to new levels, and the soundscape will add a whole new layer of comprehending the action around you,” Housemarque’s Mikael Haveri added in a PlayStation Blog post. “Even in a moment of silence you can take in the atmosphere and feel like you are actually alone on an alien planet, with the soundscape created from the elements.”