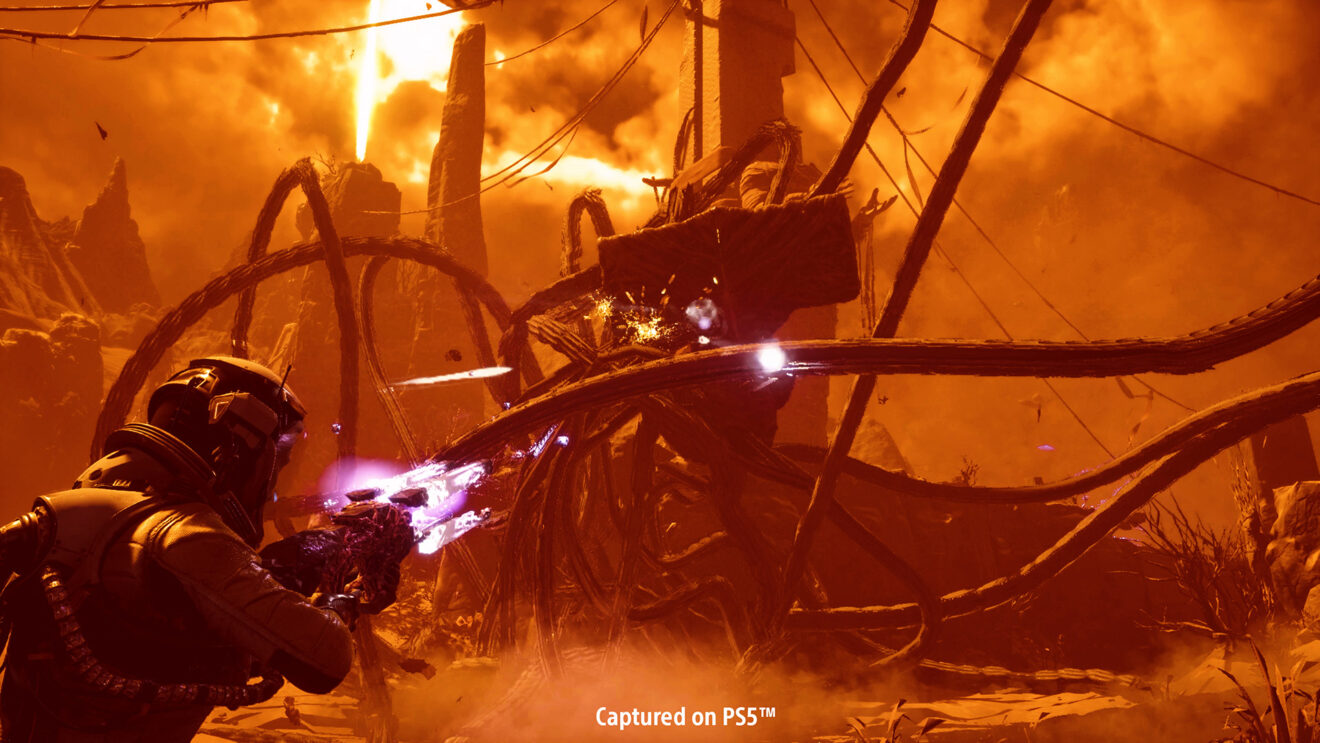 Since launch, Returnal players have been clamoring for a way to save their progress in the middle of the third-person shooter’s long, challenging roguelike runs. Now, developer Hosuemarque says it’s trying its best to deliver on that request.

In a new interview with Stephen Totilo of Axios, Housemarque’s Mikael Haveri said the team is “actively, very actively trying to get out [an update with a save feature] as soon as we can.”

The process, however, hasn’t been as simple as some fans might imagine. As it turns out, some aspects of how Returnal generates its runs have meant it’s not just possible to implement a standard version of the feature. “We understand that there are some systems in place that are currently a hindering factor,” Haveri said.

Of course, with the studio focusing its efforts on a solution to these technical issues, it’s more likely than not that we’ll get some version of save-and-quit in a future update. What’s uncertain is how exactly it will work, and when it might arrive.

Since Returnal is a roguelike—a genre where you die far more often than you succeed—traditional save slots wouldn’t be a good fit, the feature would open the game up to save scumming. What many have suggested is the ability to save your progress and quit, with that backup save being deleted as soon as you reload it. That would be more in line with how some roguelikes treat the problem.

While many games in the genre don’t offer any save features at all, Returnal‘s runs are longer than average, often lasting upwards of two hours on a thorough playthrough. Since the only way to stop in the middle of a run is to put your console in sleep mode—turning it off or switching to another game will erase your progress—that’s a fairly big barrier to stopping.

Returnal is out now on PlayStation 5. For more on the game, check out our four-star review.