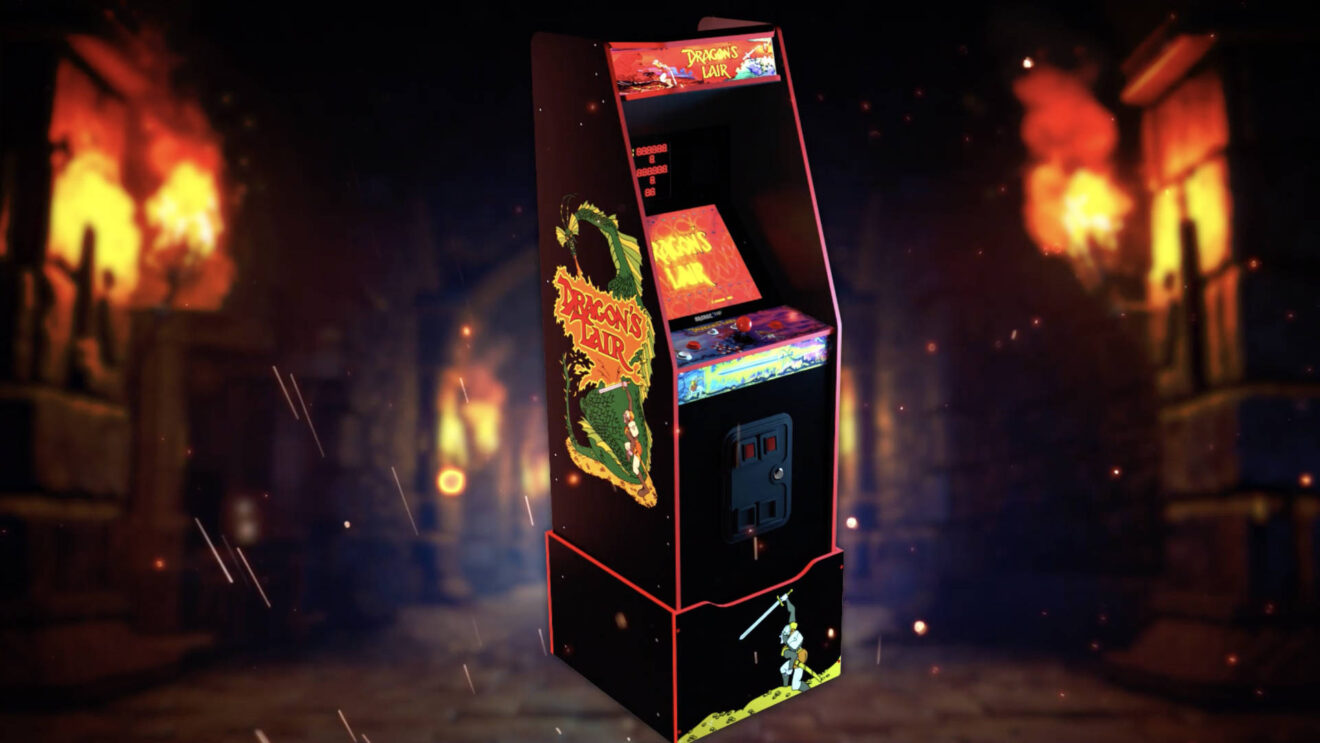 Ever since Tastemakers, Inc. launched the subsidiary in 2018, Arcade1Up has been putting together some really interesting projects in an attempt to bring the arcade experience home via a long line of 3/4th-scale replica cabinets.

While many of the company’s early products were based around more traditional arcade machines—including the Street Fighter II: Champion Edition unit I purchased for myself a few Christmases ago, and which now sits only a few feet from where I’m writing this—Arcade1Up has been expanding into more releases that focus on some of those unique quirks certain arcade machines brought with them. You’ve got examples such as The Simpsons and its four-player setup, Terminator 2‘s dual light guns, or Outrun‘s steering wheel and sit-down design.

Arcade1Up’s latest announcement might not seem as fancy as some of those other offerings I just listed, but it feels almost more special in a way as someone who grew up in arcades. Later this summer, the company will ships its new Dragon’s Lair arcade machine, which includes Dragon’s Lair, its sequel Dragon’s Lair II: Time Warp, and their cousin Space Ace.

What’s so special about these games? If you look back at them from today’s gaming standards, they were simple, almost crude experiences filled with endless quick-time events laid atop cartoon backgrounds (crafted by legendary animator Don Bluth), with your score and lives tracked by what looked like a display you’d find on a high school basketball scoreboard.

The thing is, the first time I saw Dragon’s Lair in person as a child, it blew my mind—as it did the minds of most other children. Video games had never looked like that, and outside of a handful of titles that were to follow, they wouldn’t on a regular basis until many console generations later. Coming across an animated adventure that you could not only interact with, but affect the outcome of, seemed like something that had arrived in our world from some future era.

So, too, did the hardware that Dragon’s Lair, and its friends and family, ran on. What made those games possible was LaserDisc, an LP record-sized analog optical disc format that was the precursor to the much smaller, and fully digital, DVD. Outside of one incredibly costly and niche gaming platform, Pioneer’s LaserActive, there wouldn’t be any form of home console that could play LD-based games like Dragon’s Lair in their full glory for years to come. (And even then, the LaserActive would get other games such as Time Gal and Road Avenger, but never those from Bluth and co-creator Rick Dyer.)

Because of that, Dragon’s Lair, its sequel, and Space Ace became cemented in my mind as some of the quintessential arcade experiences of my youth. There were plenty of other arcade games that I loved more than them, but almost all of those titles got some sort of home port during their heyday (even if those ports weren’t always the best). Dragon’s Lair, on the other hand, was something I could only experience with a few quarters and a trip to a dark, noisy game center.

Even if Dragon’s Lair isn’t the most impressive or exciting product Arcade1Up has offered up in its time crafting replica arcade cabinets, it’s still one that triggers a wave of nostalgia in me for those glory days of retro gaming gone by. As a kid, I never could have imagined having the chance to own my own Dragon’s Lair arcade cabinet, and being able to do so now in a more modern fashion still feels a bit unbelievable. If you’re interested in Arcade1Up’s Dragon’s Lair arcade machine, do be aware that it’ll only be sold directly by the company on its website, and only “while supplies last.”