Even though it is looked at as the father of the “survival horror” genre, the only thing scary about Resident Evil in recent years is how much it had unabashedly transformed into just another action series—as if it had been infected with the video game equivalent of one of Umbrella’s viruses. Resident Evil 5 and 6 in particular are guilty of this. They may have had many of our favorite characters, but the sense of suspense and tension was completely gone. Recognizing this, the minds now in charge of the series made a conscious effort to get back to what made Resident Evil the gaming icon it is, and I can attest that Resident Evil 7: Biohazard is easily the best game the series has seen in years—if not ever.

Resident Evil 7 begins with a new hero to the series—a man by the name of Ethan Winters—getting a mysterious message from his wife, Mia, who has been missing for three years. Instructed to come find her in the fictional city of Dulvey, Louisiana, Ethan makes a beeline for the address he’s given, where he comes upon a derelict plantation home belonging to the Baker family. As Ethan begins to explore the property, though, he’ll find a lot more is going on down in Dulvey than anyone realizes.

Isolation. Darkness. Disbelief. Insurmountable odds. I was bombarded with all of these elements almost right from the get-go in Resident Evil 7 as it set a tone that would carry the entire way throughout this adventure. A large part of this has to do with the fact that the game features a first-person camera view for the first time. Much in the way that Resident Evil 4 was lauded for giving us a more traditional over-the-shoulder third-person camera as compared to early games in the series, this decision again changes the entire dynamic of how you experience a Resident Evil game. It left me feeling incredibly tense with each step I took through the Baker residence, as the creepiness of the setting—with mutilated dolls, rotting meat, and bugs everywhere—was always right in my face.

Some of these feelings come directly from the aesthetics of the game. The muted earth tones of the massive Baker plantation just scream of rot and decay, while each building on the property—of which there are several and they are large—still have a clear theme around them. Barns, greenhouses, and guest homes all have secrets, and will require careful exploration if you are to find them all. That is, if you’re brave enough to go looking, considering you never know what lurks behind each and every locked door.

The only thing crisper than the visuals is the audio design. While the dialogue definitely isn’t the best, occasionally reeking of B-movie level inspiration, the voice actors do a great job with it—especially with the southern drawls of the Baker family. The sounds of a storm battering the buildings, unseen enemies crawling within the walls, the heavy breathing of Ethan after a fight, and even the crunch of his shoes as he slowly tries to move around undetected only add a level of detail that cranks the immersion up even further.

Another element that helps drive home the horror atmosphere was the fact that the story isn’t afraid to work at a slow boil in the beginning. I didn’t meet my first NPC until around 30 minutes into the game, didn’t get my first weapon/meet my first enemy until almost an hour in, and didn’t finally face off against my first true BOW until almost two hours in. This established a mood that had me jumping at my own shadow, and shouting at the TV when the jump scares the original games were known for finally came into full effect with the horrifying Baker family. This is where Resident Evil 7 may shine brightest: it walks a fine line between Eastern horror elements (mood, atmosphere, tension) with more Western ones (gore, grossness, jump-scares) to give an experience reminiscent of those early games in the series, and that sent chills down my spine.

This sort of pacing also made it so I couldn’t stop playing. Once the questions started piling up around the Baker family—even if some of the answers were a tad predictable as they relate to previous games in the series—I couldn’t put my controller down, and this is another mark of a great horror game. As much as I wanted to crap my pants not knowing what was lurking just down the hall, I needed to solve the mystery, no matter the cost. Sometimes answers would come from an intense boss fight in cramped quarters, while other times it would be a brilliantly concocted puzzle offering a reprieve to the tension I often felt while exploring. The only downside to all this is that the game’s replayability takes a serious knock once you know how it will all end, even with the hard “Madhouse” difficulty unlocking after your first completion of the game.

The slow build of the narrative also had the added bonus of giving tremendous weight to the biggest moments when they did happen. Seeing this game’s first BOW was a truly terrifying revelation, and instead of Capcom sending a shooting gallery worth of enemies at me after that, or giving me a machine gun right from the onset, they made it a punishing encounter that would also set the tone for the game’s combat.

Ethan is not the trained hero that Leon, Chris, or other early Resident Evil protagonists have become for the series, and many times when encountering an enemy of any sort, keeping your wits about you and managing your ammunition becomes paramount. Scrounging for scattered bullets, taking careful aim, relying on melee weapons, or even running away are all viable strategies when the ammo runs out and your foes keeps coming. Ethan can’t just spin kick a foe to the ground and curb stomp them into submission; in fact, without upgrades, he won’t survive more than a couple hits against most enemies, turning every confrontation into a truly stressful moment as you fight to survive.

Speaking of upgrades, now is a good time to mention my one real complaint about Resident Evil 7, and that comes with the game’s inventory system. Managing inventory has been a chore in Resident Evil for as long as I can remember, but this game might take the cake. Ethan can’t carry a lot, which makes sense as we’ve established. You can find bigger backpacks hidden over the course of the game that adds four new slots to your inventory page, but my real issue is that collectible coins, photographs showing treasure locations, and critical items like keys and keycards all take up the exact same amount of space as ammunition and your guns. There are a lot of different keys to the Baker residence, and while you can go and store things in linked ammo crates, never knowing just which key you’ll need means you might end up struggling to juggle everything like I did. This was originally an issue that was fixed in Resident Evil 4 where the series finally had items taking up a logical amount of room in your inventory based on size/shape. I don’t know why Resident Evil 7 is going backwards in progress with something already fixed three games ago, but I spent way too much time in my inventory as it became quite the chore to manage it all.

One last interesting wrinkle for Resident Evil 7 is that if you’re playing on PlayStation 4, you’ll have a chance to play the game in VR if you own a PlayStation VR headset. Simply turn the VR support on in the menu screen’s options, and suddenly you’ll be dropped right into Ethan’s shoes. While I didn’t give the entire game a virtual reality playthrough, I do admit in the couple hours I did play with the headset on, it’s probably one of the best representations of VR we’ve gotten thus far.

Exploring the Baker plantation in VR is even more frightening than doing it normally. And, with the story playing out entirely the same in and out of VR, even knowing what was coming I still got chills just being immersed in that atmosphere. My only hope is that, in the future, we get the option to aim our guns with the right stick instead of having to move our heads, and that we get a full body representation of Ethan instead of floating hands. Otherwise, this is a nice added bonus for PS VR owners, but definitely not necessary in order to enjoy this game.

Resident Evil 7 might be the first must-own game of 2017. If you’re a fan of survival horror, then you’ll recognize the tremendous return to form this was for Capcom’s legendary series, and be equally thrilled and terrified by the atmosphere and level of immersion this experience provides. The narrative is driven by a pair of underdogs in Ethan and Mia Winters that you can’t help but root for, and the mystery of the Baker plantation will keep you pushing on well after your voice has gone hoarse from screaming so much at your TV. Resident Evil is back—and I don’t think it gets better than this. 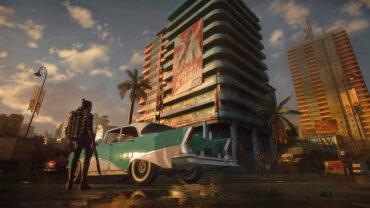 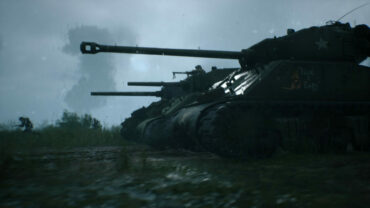