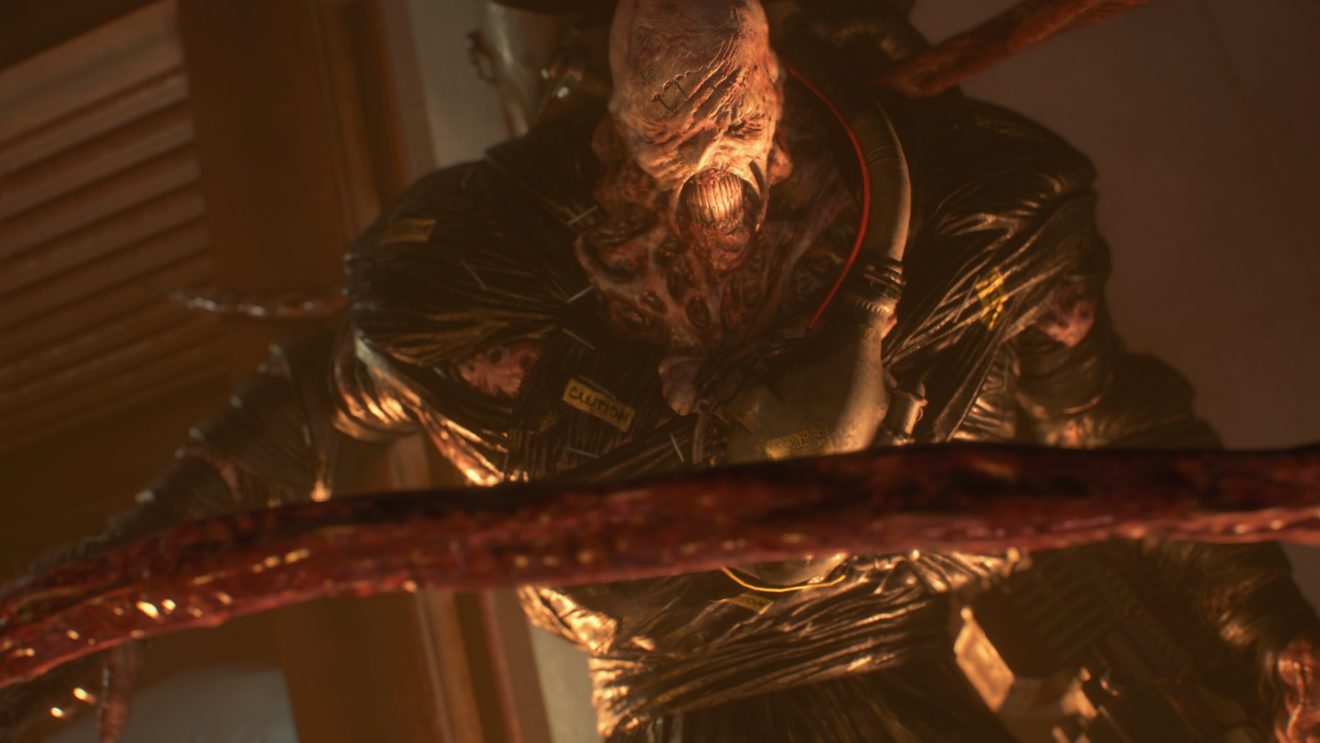 Capcom has shared a new trailer for its upcoming remake of Resident Evil 3 that offers a closer look at the terrifying Nemesis.

Nemesis is a Bio Organic Weapon based on the Tyrant from Resident Evil 2 and his singular mission is to eliminate the remaining members of S.T.A.R.S. in Raccoon City, including Jill Valentine.

“Unlike the Tyrant series and its knack for punching people, Nemesis has some combat enhancements that set it apart, making it a far more deadly foe as a result,” Capcom added in a blog post. “Higher intelligence and the ability to use weapons combine to form a monster that can make its own decisions on how to approach any mission – and what weapons it will use to achieve those goals.

“As if that wasn’t bad enough for Jill, Nemesis also has incredible healing capabilities, making defeating it virtually impossible. No matter how many times you take Nemesis down, it gets right back up with a tentacle ready to strike.”

The trailer also shows off another Bio Organic Weapon called the Hunter, as well as various members of the Umbrella Biohazard Countermeasure Service, including Carlos Oliveira, Nicholai Ginovaef, Mikhail Victor, Tyrell Patrick, and Murphy Seeker. Watch it below: