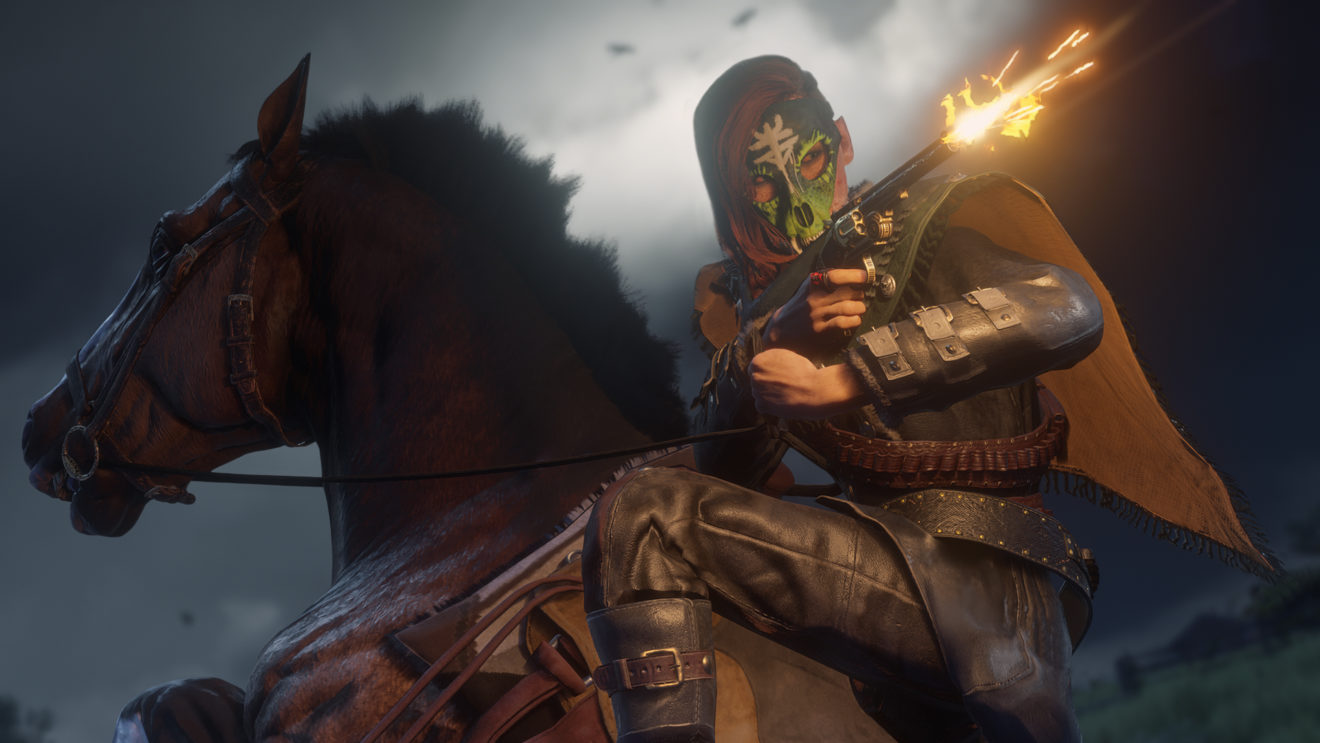 Rockstar has released a new update for Red Dead Redemption 2 that brings the Story Mode additions and Photo Mode that were previously released on PC and PlayStation 4 to Xbox One.

In addition to the above, Xbox One, PC, and Google Stadia players get the Salizzo Double Bandolier, Rulfo Boots, Starrett Hat, and Gordillo Half-Chaps, as well as five new emotes in Red Dead Online.

Finally, Twitch Prime subscribers who have linked their Rockstar Social Club account can get an additional 10 percent off the above discounts.