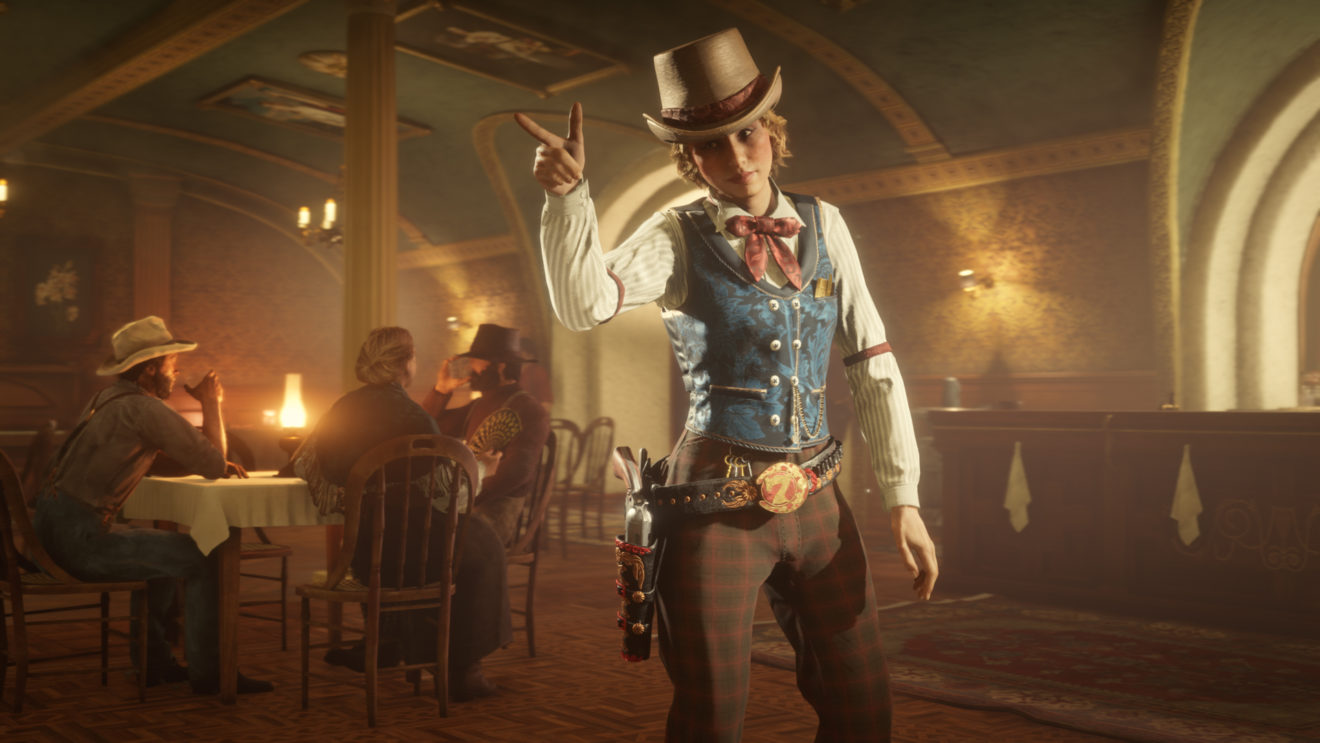 Rockstar has laid out its plans for Red Dead Online throughout the month of December.

To start with, Triple RDO$, XP, and Gold are available on Legendary and Infamous Bounty Missions, and Player Bounties are paying out triple Character and Role XP. In addition, The Covington Emerald Blood Money Opportunity is offering double rewards this month.

Then, starting December 15th, Call to Arms is paying out triple rewards from holiday-themed locations featuring blizzards, packs of wolves, and a Christmas Train.

Players can also get a free Treasure Map for a Player Bounty, a red colorway of the Folwell Hat for completing three different Legendary Bounties during any week in December, and a seasonal Krampus Shotgun from Gunsmiths from December 13th.

On top of this, the holiday celebrations begin in mid-December with festive decorations and carolers on the streets of Saint Denis, Christmas Trees displayed by local Traders, and more. Additionally, the following seasonal rewards can be claimed: