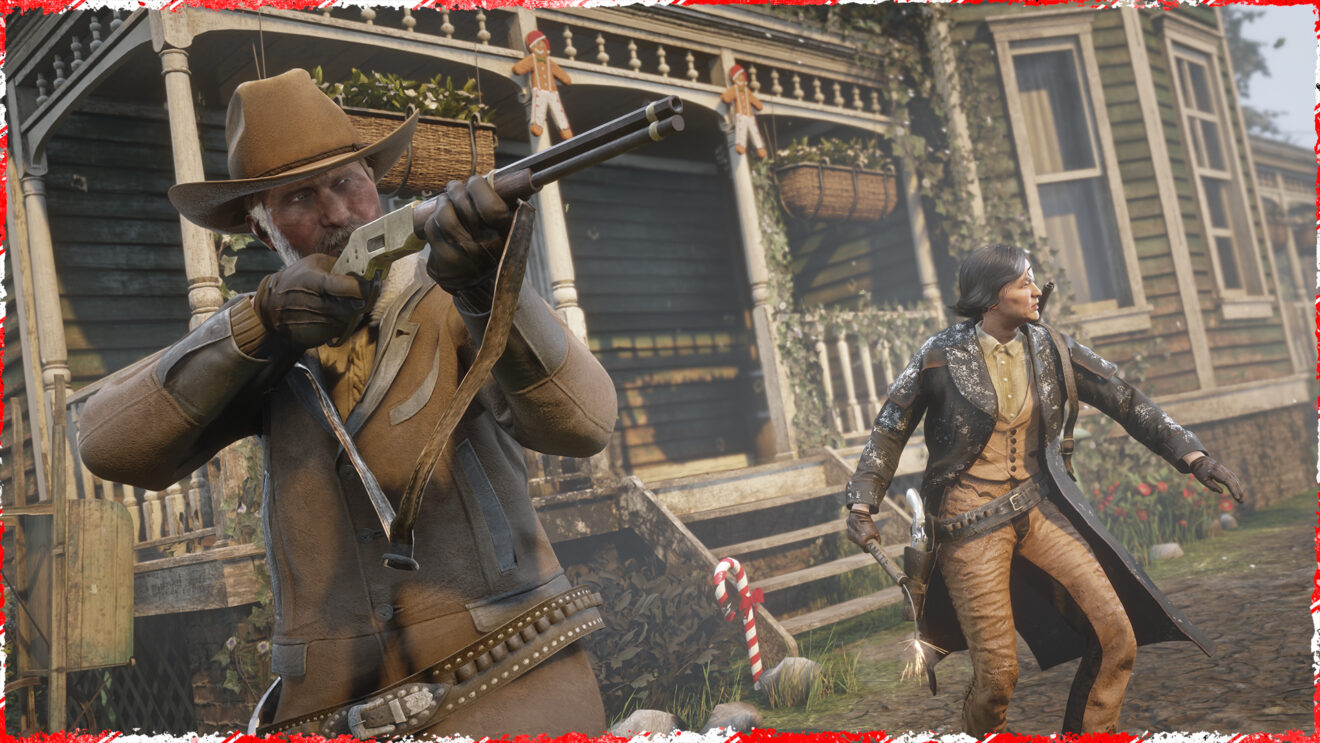 Red Dead Online will be getting into the holiday spirit next week with a forecast of snow and decorations at Campsites, Moonshine Shacks, and Saint Denis.

Before then, Rockstar is offering players triple RDO$ and XP and double Gold in Make it Count and Last Stand, as well as double RDO$, XP, and Gold from Gun Rush, Gun Rush Teams, Spoils of War, Up in Smoke, and Overrun. Additionally, Call to Arms has double RDO$ and Character XP this week.

Looking forward, seasonal Call to Arms locations are coming from December 21st through January 5th. Players must defend Colter, Rhodes, Hanging Dog Ranch, and Emerald Ranch under winter weather against cougars, wolves, and bears. A Christmas-themed locomotive (bearing gunmen) may also turn up at either the Rhodes or Emerald Ranch train stations.

Finally, players who link their Prime Gaming and Rockstar Games Social Club account before December 20th get a free Stable Slot and 5 Special Horse Medicines. Then from December 21st through January 17th they get a free Bolt Action Rifle and a Coat.