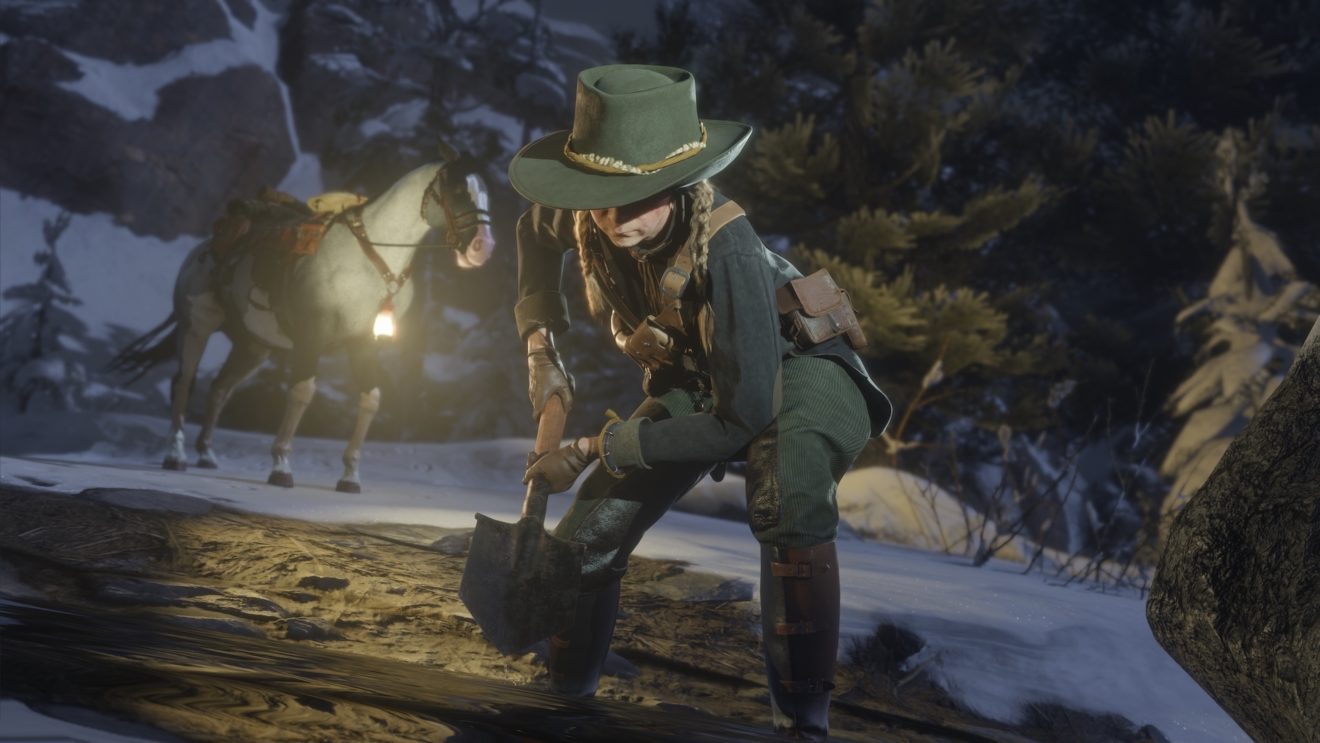 Red Dead Online Collectors get some bonus rewards this month

Rockstar has revealed the bonuses and discounts available to Red Dead Online players during the month of August.

This month, Collectors are the focus with double RDO$ and XP available for all Collector Set Sales as well as 42 rounds of Buckshot Incendiary Shotgun Ammo for collecting a fossil every week this month.

Other available rewards include double RDO$, Gold, and XP from Free Roam missions and The Ember of the East Blood Money Opportunity, double rewards from A Land of Opportunities Missions and on The Dockside Contract, and more Capitale from chests and enemies.

As for this week’s discounts, Dynamite, Fire Bottles, Hatchets, Tomahawks, and Rifle Ammo are reduced by 50 percent, and the Springfield Rifle, the Bolt Action Rifle, and the Metal Detector are discounted by 40 percent.

Finally, players who connect their Prime Gaming and Rockstar Games Social Club account before September 5th get five Gold Bars, five Gold Bars off the Collector’s Bag, and either the Redington (female) or The Zacateca (male) outfit.