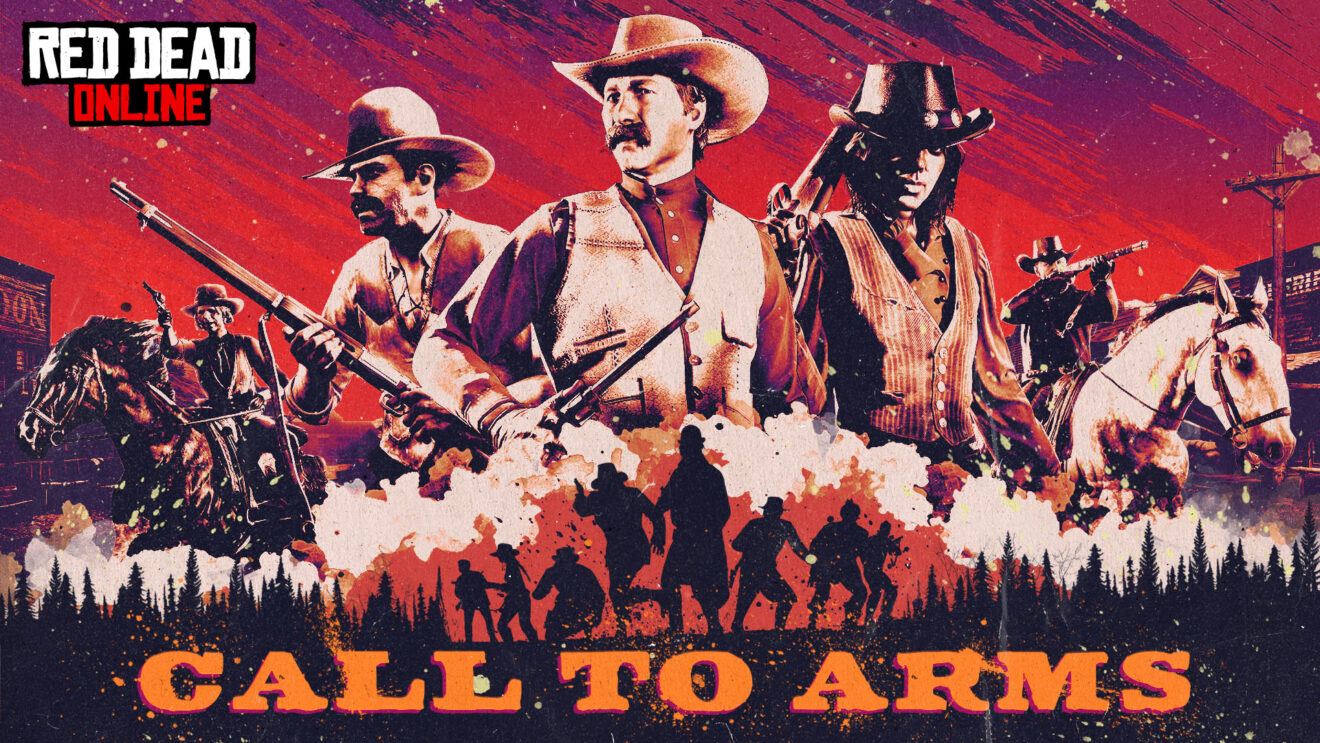 Starting this week, players can take part in the new Call to Arms mode. This survival-based mode tasks players with defending various locations, including Blackwater, Fort Mercer, Valentine, Strawberry, and MacFarlane’s Ranch, from up to 10 waves of incoming enemies. Players can launch Call to Arms through a telegram from “J” in the Camp Lockbox. Jumping into Call to Arms this week will reward three times RDO$, XP, and Gold, as well as 30 percent off any Novice or Promising Role Item.

In addition to Call to Arms, the Cornwall Contract is now live. In this series of crimes, players will be asked to cause “a distraction in order to infiltrate the heart of Cornwall Kerosene & Tar in the Heartlands to procure Capitale notes on behalf of Guido Martelli.”

As for this week’s bonuses, the Moonshine Shack is discounted by five Gold Bars, all Moonshine Shack upgrades and bar photographs are reduced by 40 percent, and Moonshiner cosmetic role items are 30 percent off. A full list of this week’s discounts can be found over on Rockstar’s site.

Finally, players who link their Prime Gaming and Rockstar Games Social Club accounts before August 30th will receive a free hat up to Rank 15, 50 percent off the Rolling Block Rifle, and 30 percent off select items from Wilderness Outfitters.